SLU-Madrid Professor Ángeles Encinar, Ph.D. (Spanish), was recently inducted into the Royal Spanish Academy (RAE), the official institution charged with safeguarding the use of the Spanish language. Encinar's appointment as an academic correspondent for the RAE is one of the highest international honors possible for a scholar and researcher of the Spanish language. 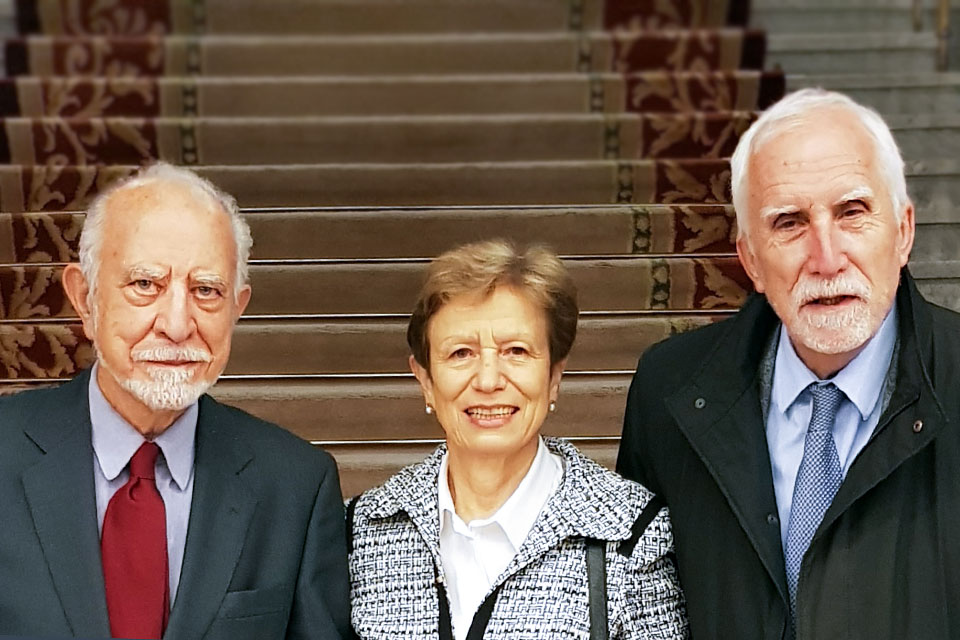 "It was thrilling to hear the news that Dr. Encinar received this distinction, the highest honor a Spanish literary scholar can achieve," commented SLU-Madrid Campus Director and Academic Dean, Paul Vita, Ph.D. "She rightly merits this distinction: hers has been a prolific career of brilliant, imaginative scholarship and research that champions the richness and complexity of the Spanish language and its literature."

The category of "academic correspondent" was formalized in the RAE’s official statutes in 1859 as a distinction for scholars of note for their research and publications related to different facets of Spanish language and literature. Academic correspondents are charged with informing the RAE of the linguistic variants in their place of residence. There are currently 40 academic correspondents throughout Spain. These scholars, like Encinar, have had illustrious and international academic careers at institutions across the world. Encinar now serves as one of the five academic correspondents representing the Madrid Province.

Encinar officially joined the ranks among this prestigious group at an induction ceremony at the RAE's headquarters, just steps from Madrid's Retiro Park and the Prado Museum. The closed-door event was an intimate ceremony, in which Encinar and the two other new inductees, Mario Crespo López and José María Pozuelo Yvancos, were joined by the académicos de número, the members of the RAE who are elected for life and hold a seat labeled with a letter from the Spanish alphabet.

The three new academic correspondents were each invited to share words of reflection for the occasion. Encinar offered heartfelt words of thanks to both the venerable institution as well as the scholars who supported her candidacy, before sharing an anecdote dating back to the early 80's when she was working on her doctoral thesis. She attended an academic conference in Chicago with the hopes of being able to speak to the eminent literary critic and professor, Ricardo Gullón, who was also a member of the RAE. He recommended three novels to her that addressed the theme of her thesis, which she subsequently incorporated into her research. With great emotion, she remarked that two of the authors of the novels recommended by Gullón are current members of the RAE and were also present at the ceremony itself.

Encinar's appointment to the RAE is a tribute to her distinguished academic and literary career. A native madrileña, she completed her undergraduate studies at the Universidad Complutense de Madrid, before continuing her post-graduate work in the United States. She earned a master's degree and a doctorate in Spanish language and literature at Washington University in St. Louis, Missouri. She subsequently taught as a visiting professor at various American universities including: Washington University, Stanford University, The University of Texas at Austin and Saint Louis University in St. Louis. She has been teaching at Saint Louis University’s Madrid Campus since 1986.