Half a world away from Madrid and 20 years after they met as first-year SLU-Madrid students, Brendan Lanza ('05) and Diego Gestri are not only best friends but also business partners who licensed and opened the Qosmo International School in Kuala Lumpur, Malaysia.

The first foreign-owned international school by application in Malaysia, Qosmo prides itself upon offering "education, the way it should be," the school's motto. This entails encouraging critical thinking and providing an inclusive and engaging environment that promotes real learning and educational values that reflect the liberal arts education that Lanza and Gestri received as SLU-Madrid students. 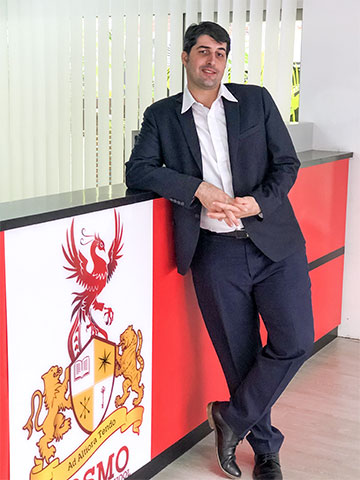 The time Lanza spent at SLU-Madrid serves as the cornerstone of his career in education and his personal journey from his native New Jersey to Kuala Lumpur. As a student, he tutored private English classes and served as a summer camp counselor while pursuing his degree in international business.  He met and later married a South Korean woman, leading to his move to South Korea, where he worked as a kindergarten teacher. There, he also began to work as an educational consultant, developing after-school programs, training programs for teachers in government schools, and business English training programs.

Subsequently, Lanza moved to Malaysia to pursue a doctoral degree in Islamic finance. He taught by day in Cempaka International School and did consulting work on the side. He was later offered the position of principal and CEO of the USCI International School in Subang Jaya, Malaysia.

Meanwhile, Gestri had launched a successful career in management at Tedeschia Construction Enterprises in Qatar. He learned how to effectively manage business processes for quality assurance and control. 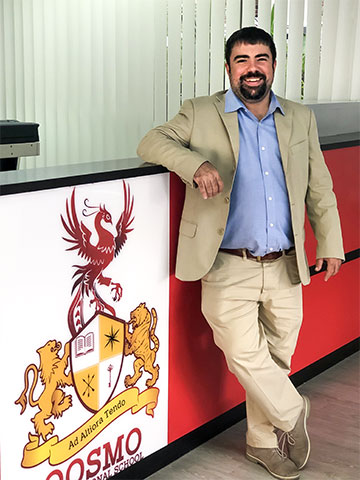 More on Lanza and Gestri

Gestri, who is Italian, and Lanza, an Italian-American from New Jersey, were both drawn to SLU-Madrid in pursuit of an American university education closer to Italy. They met in the fall of 2001, when they lived together in a dormitory run by SLU-Madrid at the time. They went on to become housemates and life-long best friends. Gestri was the best man at Lanza's wedding and is the godfather to his three children.

Lanza completed his degree in international business on the St. Louis campus, as the Madrid Campus had not yet started awarding full bachelor's degrees. Gestri transferred to an Italian university in order to be closer to his family in Rome, where he graduated with a degree in computer science. Gestri fondly remembers the dedication of his SLU-Madrid professors and credits the time he spent as a student assistant in the IT office for teaching him integrity and responsibility, as well as IT skills which he continues to use today in his role as head of IT, maintenance, human resources and finance at Qosmo International School.

"Our time together at SLU-Madrid was invaluable and we developed a kind of working telepathy that could only have come about in the kind of closeness developed by two hardworking students living together in a close-knit campus such as SLU-Madrid. Our values are aligned and we each balance out each other's weaknesses with our strengths," Lanza said.

"All in all, my time at SLU helped me achieve my dreams and contributed to helping me become who I am today," he concluded. "I hope to achieve more still, and to help others to achieve more in their lives too."