A passionate linguist and movie fanatic, M.A. in Spanish student Kristen Rader recently debuted as a screenwriter for the short film, "Pan de cada día" (Daily Bread). The film finished production at 12 Pingüinos Dibujos Animados in August and is slated to appear in various festivals in the upcoming months. 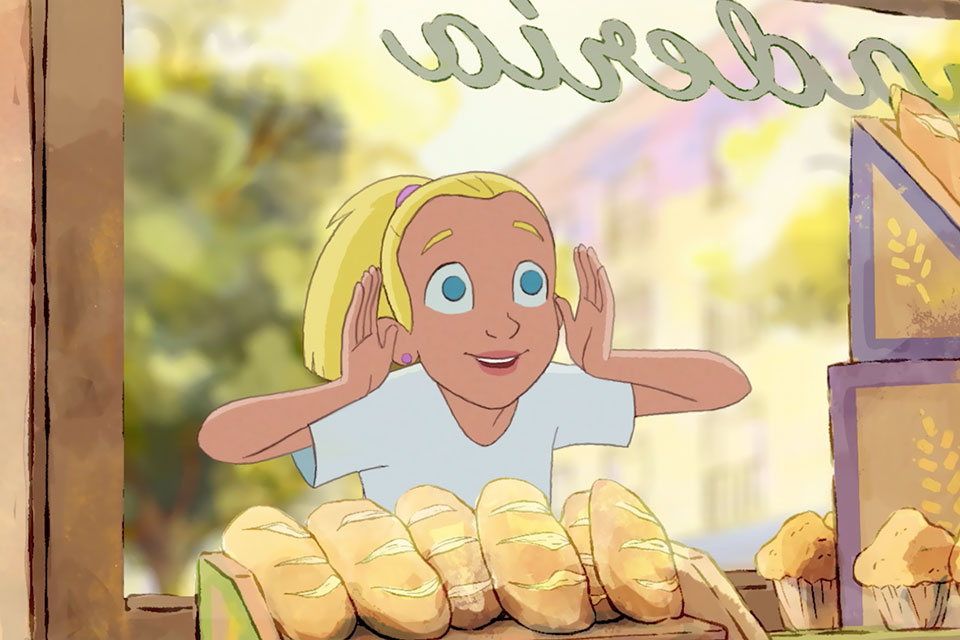 "Pan de cada día" is an animated short film about the experience of learning a new language and discovering a new culture. Image courtesy of 12 Pingüinos Dibujos Animados

"The film is about the challenges and triumphs that come from learning a new language or being in a new place: feeling like a fish out of water, meeting new people, occasionally embarrassing yourself, and slowly-but-surely learning," Rader explained. "While it's a story inspired by personal experience, it's a universal theme."

Rader's concept for the script dates back to when she was preparing to take the DELE (Diplomas of Spanish as a Foreign Language) Exam, which has an entire section dedicated to Spanish phrases and proverbs. She realized that many were about food—and bread, in particular.

"The film translates fairly well to other romance languages too, as these phrases about bread exist across several cultures. We've just had the subtitles translated into French and are working on Italian," she said.

Rader, who currently works as senior account manager at the language services provider RWS in Chicago, Illinois, has been translating and proofreading subtitles for film and television for years and has written a few short film scripts. "Pan de cada día," however, is the first script she has ever pitched. When she wrote the script, she had not been envisioning an animated film, but she later realized that, because it had a lot of quick vignettes and extras, cartoon form might be more practical. After investigating the best animation studios in Spain, she sent a cold email pitch to Manuel Sirgo at 12 Pingüinos, and the rest of the pieces fell into place.

"Seeing it through from initial pitch to final product and getting to know the professionals at the production and sound studios has been such a valuable learning experience," she said. "I've always wanted to write words for the screen…I hope that this short is just the beginning of being able to do more film projects." 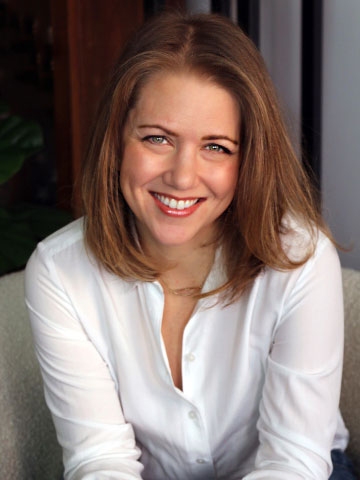 Rader first studied abroad in Spain in 2003 as an undergraduate at Ohio State University. She instantly fell in love with the city of Madrid and knew she had to live there. She returned to Spain after graduation and worked in Madrid for several years before going back to the U.S., where she worked for a Spanish company and continued to travel to Spain regularly. She subsequently pursued an MBA at IE University in Madrid and is now completing the summer M.A. in Spanish program at SLU-Madrid.

Rader was drawn to SLU-Madrid's master's program in Spanish not only because of her passion for literature and linguistics, but also because it was practical for her language-centered career. "My studies at SLU have equipped me with knowledge about dialects and how language evolves, Spanish and Latin American history, and storytelling. All these are important for any writer, editor, or linguist, whether it's to give added context to a news article, create a memorable character, or better understand and explain differences across cultures," she explained.

For Rader, the most important lesson she has learned during her time at SLU-Madrid has been the realization of how much she still has to learn. "SLU-Madrid professors are so passionate, knowledgeable, and kind, they honestly bring out your best self and make you want to dig deeper."

When asked if she had any advice for current students, she said, "Make the effort to take advantage of all the amazing events and activities the campus and city have to offer. Enjoy every moment—you can always sleep after you graduate. Post-graduation, keep learning. No matter what field you're in, use the cultural competence you've gained at SLU-Madrid to try to help others see how big and diverse the world is."