Carolina Aznar, Ph.D., co-director of the Southern Plain of Akko Project, returns to Israel this summer in preparation for fieldwork that will provide opportunities for SLU-Madrid students.

Aznar, a faculty member in the Theology department at SLU-Madrid, launched the Southern Plain of Akko Project (SPAP) along with researchers from Universidad Internacional SEK-Ecuador and the Spanish Biblical and Archeological Institute of Jerusalem over a decade ago. 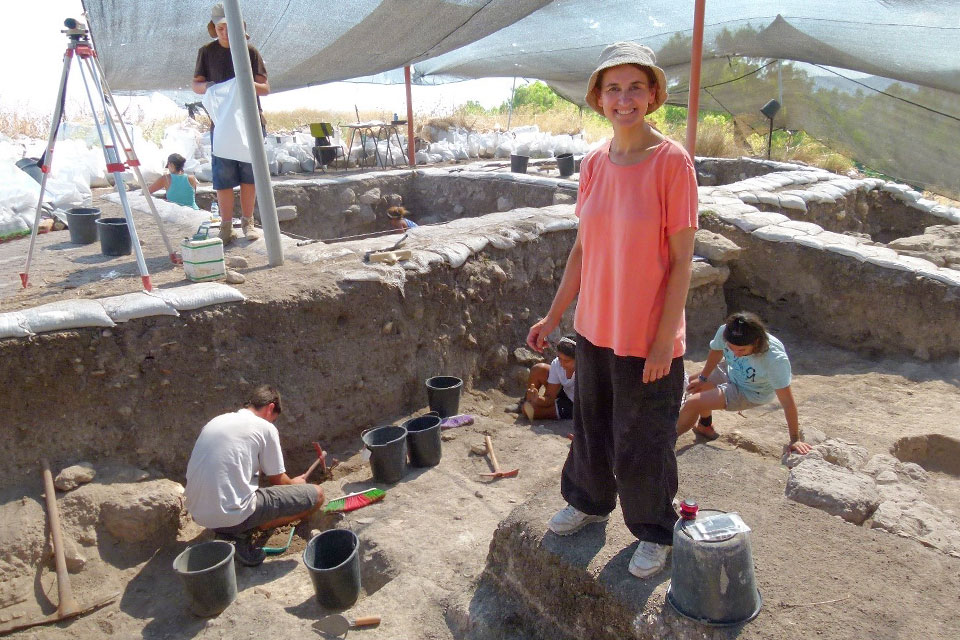 SPAP's goal is to understand economic exchanges between the inland and the coastal Canaanites in the Late Bronze Age (ca. 1500-1200 B.C.E.), and between the Phoenicians and the Israelites in the Iron Age (ca. 1200-586 B.C.E.). The excavation site is near the lower Kishon River, a fertile area that has been important to agriculture and trade throughout history.

Aznar has worked in the region since 2010. For five summers, from 2011 through 2014, she and her team ran an archaeological field school in Tel Regev, providing hands-on research experience to students from SLU-Madrid and other universities. She returned to Israel in 2018 to perform a stratigraphy sounding.

The excavation sites have revealed layers of the Ottoman, Early Islamic, Persian and Iron Age periods. The team discovered that the Phoenicians controlled the exchange of goods between Tel Regev and Tell Abu Hawam.

"This suggests that the control of the southern plain of Akko in the ninth century B.C.E. was in the hands of the Phoenicians, not in the hands of the biblical Israelites," Aznar said. "And that Mount Carmel probably acted as a boundary between both at the time as 1 Kings 18: 16-40 seems to imply."

Aznar received a Beaumont Fellowship to return to Israel this summer. There she took up research that had been on hold since the start of the pandemic. "The Persian-period materials and the Iron Age materials heavily place Tel Regev in the sphere of the Phoenician world," Aznar said.

Once the findings are published, Aznar plans to enter the second phase of the project in the summer of 2024. Her team will conduct more excavations and reopen its fieldwork to students.