A National Endowment for Democracy grant winner, Dr. Laura Tedesco's most recent work analyzes the impact of Cuba's military forces compared to those in other Latin American countries.

Along with her research colleague Rut Diamint, Ph.D. (Torcuato Di Tella University), Laura Tedesco, Ph.D. (Political Science) founded Diálogos sobre Cuba in 2016, a project that has created a space for discussion on democratic values in Cuba as well as Argentina, Colombia, Ecuador, Venezuela and Uruguay. 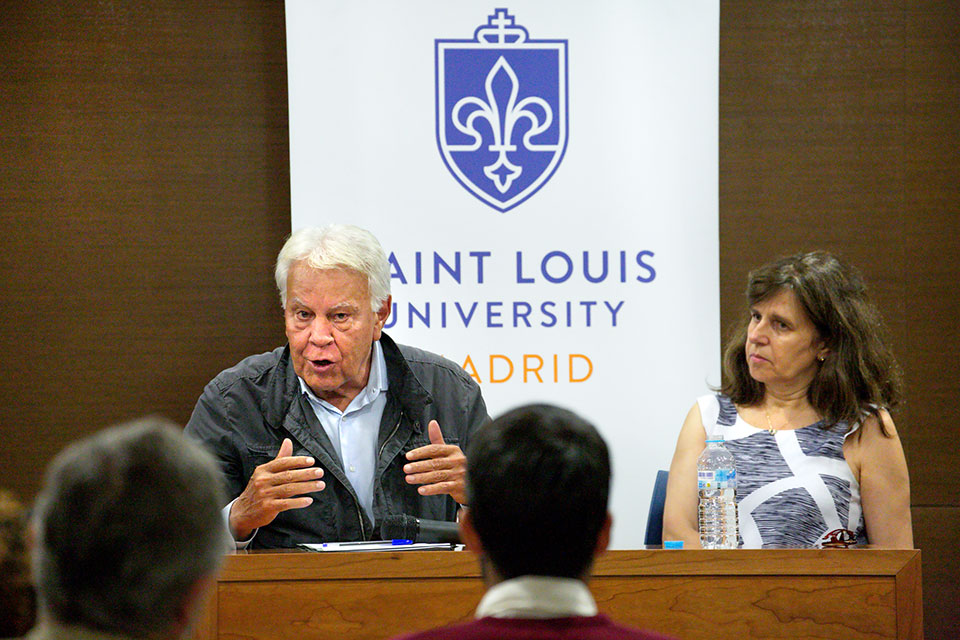 The seminars organized by Diálogos sobre Cuba brought together diverse perspectives on Cuba's political situation — including that of former Spanish Prime Minister Felipe González, who addressed one of the meetings held on SLU-Madrid's campus.

Another participant turned out to be an agent for the Cuban government, monitoring Tedesco and Diamint's activities, not only in Madrid, but during their research visits to Cuba. The situation attracted a great deal of media attention: Tedesco was interviewed by The Washington Post, The Guardian, El País, El Diario and Spanish national TV (RTVE). Her research visits to Cuba came to a halt, but not her research.

"I cannot compare any of the bad moments that I had," Tedesco said, "with those that many Cuban friends and colleagues are facing today: imprisonment, forced exile and illegal house arrest."

She continues her work, with ambitious plans for her sabbatical research next spring. "Many analysts argue that when the historic generation dies or retires in authoritarian regimes, political transitions are more likely to happen," writes Tedesco. "Since Raul Castro retired in April 2021, there have been social uprisings in Cuba against the regime." Her future work "aims to analyze to what extent Cuba can be considered to be in a moment of political transition."

Dr. Tedesco publishes widely. She is also a sought-after political commentator to whom Spain’s press turns to gain perspective on political events across Latin America. In addition to teaching undergraduates and graduate seminars for SLU-Madrid's M.A. in Political Science and Public Affairs, she has served as associate dean for Humanities and Social Sciences since 2016.