Marie Kenyon ('86) describes how her education at Saint Louis University School of Law shaped not only her career but her life's purpose. 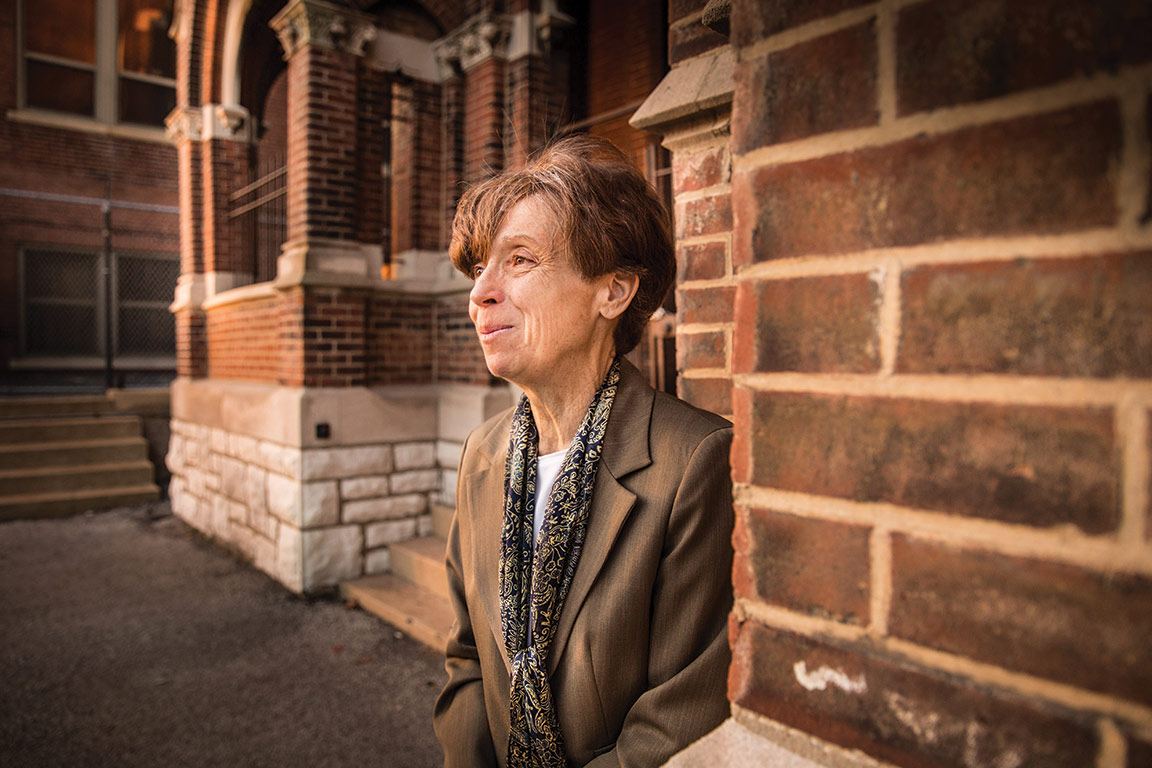 "When I look back on my career, to paraphrase Abraham Lincoln, everything I am or hope to be I owe in significant measure to SLU LAW.

There wasn't a specific moment that convinced me to go to law school. I knew I wanted adventure and I knew I wanted to serve people who needed help. The ques­tion was how I could do both in a job that would be fulfilling to me.

After I gradu­ated from college, I applied to law school and the Peace Corps, and had to make the decision as to which opportunity would be best to start my post-graduate life. The choice was hard, but I ultimately realized I may not have the opportunity to live in a different part of the world and serve a developing community after beginning a legal career.

I asked the SLU LAW admin­istration if I could defer my enrollment for two years. True to their goal of "preparing students to make the world a better place," they gave me their blessing to go to my posting in Niger and saved a seat for me in the Class of 1986.

After two of the tough­est years of my life, in less than a month I went from my village that had no running water or electricity, to sitting in Professor Immel's lL Contracts class.

I look back on my years at SLU LAW with so much gratitude for all the support I received from the faculty in my quest to become a public interest lawyer."

After those two years working with malnourished children in the African bush, I can remember sitting in my lL classes wondering what on earth I was doing there when there was so much work to be done to alleviate suffering around the world. But the incredible professors I encountered, like Pete Salsich and Mike Wolff, spent considerable time reminding us that the practice of law was a powerful tool to help make the world a better place. I was placed on academic probation both semesters of my first year, but despite that, they helped me realize why I wanted to become a lawyer.

I look back on my years at SLU LAW with so much gratitude for all the support I received from the faculty in my quest to become a public interest lawyer. I was never ranked at the top of the class. I didn't have any interest in clerking or working for a firm. The faculty knew if I ended up fulfilling my goal I would never be able to be a large donor to the school or work for a prestigious firm, but they still treated me as if I was ranked first in my class and advocated for me every step of the way in my less-than-amazing performance as a law student.

After graduation, my connection to SLU remained strong and assisted me in continuing my goal of serving the poor and disenfranchised. I was hired as the founding attorney for the Catholic Legal As­sistance Ministry (CLAM), a pro-bono law practice that provides free legal services to low income people throughout the 11 counties of the Archdiocese of St Louis as a project of Catholic Charities of St Louis. One of the professors whose class I had struggled through in years prior, Pete Sal­sich, was on the committee that hired me.

When CLAM first began, the offices were housed at Legal Services of Eastern Missouri. In 1999, we had to relocate and once again, SLU LAW was there for me and my work. Thanks to Professor John Ammann, Dean Jeff Lewis and Father Biondi, CLAM moved to a permanent home within the School of Law.

For the past 19 years, the law school has provided free office space, legal research services and most importantly, the support of the faculty, staff and law students to the Ministry. According to Amy Diemer (SLU A&S '84, Law '88), the current managing attorney for CLAM, the Ministry opened more than 2,000 cases in 2017 with only five paid staff attorneys and a BIA accred­ited rep. All of those clients could not have been represented without the support of SLU LAW, especially through the hard work of enthusiastic students who are taught daily how important it is to be men and women for others and who are still being told by the professors at SLU that the practice of law is a powerful tool to make the world a better place.

Now in my current position as the direc­tor of the Peace and Justice Commission for the Archdiocese of St. Louis, I continue to be supported by my SLU family. Prof. Pete Salsich was the first chairman of the newly established Commission, and thanks to Commissioner Fr. Chris Collins, S.J., as­sistant to President Pestello for mission and identity, the Archdiocese constantly has the opportunity to partner with SLU on proj­ects affecting the poor and disenfranchised in our region.

Thirty-two years after graduating, I can honestly say, everything I am or hope to be I owe in significant measure to SLU LAW."