Jay Krupin, partner at BakerHostetler, was recently named a 2019 inductee of the Corporate Employment Lawyers Hall of Fame by Lawdragon. Here, he chats about his 40+ years of practice in labor relations, his SLU LAW experience and his family. 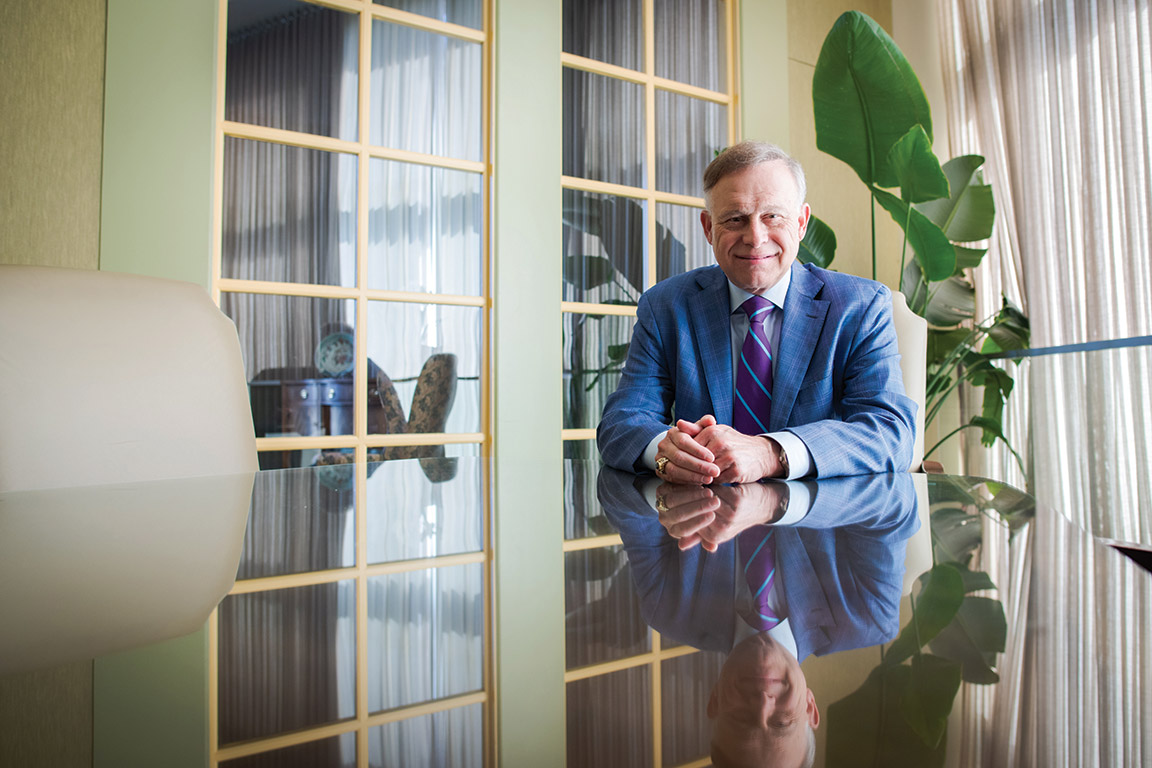 Jay Krupin, a partner at BakerHostetler in Washington, D.C., serves as the firm’s national co-lead of the Labor Relations practice team and the National Labor and Employment practice team for industry sectors. Photo by Abby Greenawalt

For Jay Krupin (’78), the practice of law is all about playing ‘business chess.’ He views collective bargaining as an art form that has gone by the wayside, and one that must be embraced to be a great lawyer.

“I am always mindful of the reaction to the move, anticipating the response, and the counteraction – and the response to that. Every end is a means to another end. And on, and on.”

Krupin, a partner at BakerHostetler in Washington, D.C., serves as the firm’s national co-lead of the Labor Relations practice team and the National Labor and Employment practice team for industry sectors. 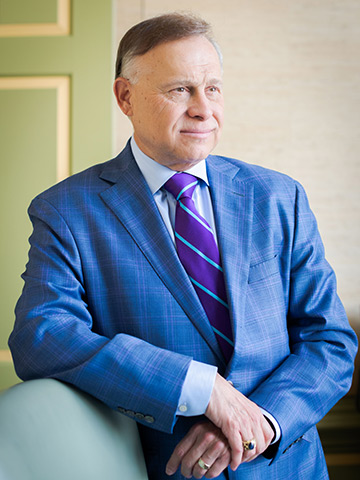 He’s been in the business for more than 40 years, but, as in a skillful game of chess, his practice continues to adapt. The biggest difference he finds between now and his earlier days in practice is the pace of the work.

“I used to get pink papers on my desk that said someone had called me; I get an average of 120 emails a day now,” he said. “You have to be responsive. That’s one of the hallmarks of my practice. I answer every email in the morning before I go to lunch and before I leave at night. That takes a lot of work. I used to put together an hour of thinking time, and now I just can’t do that — I have to do it on the fly.”

“Recently there’s been an influx in international companies that have been coming to the U.S. into the field,” he said. “They’re not as well-versed in the nuances of federal labor law, so that’s where we create a niche and value.” He estimates that about one-third of his business is comprised of clients from the U.K., Amsterdam, Hong Kong, and other countries. “It’s very rewarding to help them build their businesses in the U.S.

“I still think the U.S. offers opportunities more than any other place in the world,” he continued. “Every hotel company wants to be in New York, L.A., Chicago, Seattle — all those cities have strong union presences, so they need a management-side labor lawyer to help them deal with the issues in those environments.”

Krupin is a native New Yorker, a no-nonsense straight-shooter who always knew he wanted to be a lawyer. In high school, his family moved to D.C., and his father, also a lawyer, became the president of the city’s restaurant association, engaging in the negotiation of labor agreements covering 11 unionized restaurants. When Krupin was in law school, his dad was about to institute a lockout, and he realized he didn’t know what a lockout was. About to sign up for the next semester’s classes, he decided he wanted to learn more about the field and saw two relevant courses being offered — Labor Relations and Collective Bargaining.

“I went up to [Professor] John Dunsford and said, ‘Can I take your course?’ and he said, ‘I’d be pleased to have you in my course.’ He was a terrific guy, and he was very influential in my life and in what I do every day now.”

Krupin attributes the influence of Dunsford and his other SLU LAW professors as key to his success.

“I started law school in 1975 — that was right after The Paper Chase was released, and there was this incredible fear that professors would be dictatorial and that students wouldn’t get along. The thing that stood out to me about [SLU LAW] was how collaborative and how welcoming it was, not only with my class, but with the professors.

“I think the fact that John Dunsford was a permanent arbitrator for U.S. Steel, and I had the understanding of contracts from Vince Immel and civil procedure from Mike Wolff — those were like three legs of a stool that put me in the position of being able to be a very effective practicing attorney,” he continued. “They were very open; they had a true open-door policy, a true interest in helping students, and almost a workshop atmosphere rather than a pure academic one, and I found that to be great. Then I just had some incredible classmates that made it a very rewarding experience.”

After law school, Krupin earned an LL.M. in labor law at George­town University Law Center while working, which he says gave him an additional step up.

“It’s more than just the knowledge — I really enjoyed and loved the subject matter,” he said. “You can’t just do this stuff if you don’t love it. That put me on the right path.”

He plans to continue along that path for a long, long time.

That speaks to the other source of joy in Krupin’s life — his family. With two grown children and now two grandchildren who live in the area, he considers them the most important people in his life, and he cherishes family experiences such as boating on the Chesapeake Bay, touring the country’s 30 baseball stadiums with his son, and gathering for regular dinners.

“The family has dinner one Friday every month, and when we do that we sit around the table with four generations, so I am extremely blessed.”