Wolff’s legal career has included a wide variety of practice, litigation, academic, governmental and judicial experience. A graduate of Dartmouth College, Wolff worked during law school as a reporter and copy editor for The Minneapolis Star Tribune and began his legal career after being graduated with honors from the University of Minnesota Law School in 1970. He served as a law clerk in the United States District Court, as a legal services lawyer in Saint Paul, Denver and Rapid City SD (where he served as director) before joining the Saint Louis University law faculty in 1975.

He was principal author of in the 1980s of Federal Jury Practice and Instructions (Devitt, Blackmar, Wolff & O'Malley), used throughout the country by judges and lawyers in the federal courts, as well as numerous other publications.

Wolff is active in the American Law Institute, serving as an advisor on the Model Penal Code Sentencing Project. He serves as a board member of the National Courts and Science Institute (NCSI), which is devoted to providing science education to judges (NCSI is successor to ASTAR, in which he was an ASTAR fellow and national board member. He is a member of The Constitution Project and serves on its Committee on Policing Reforms and Death Penalty Committee. In St. Louis Wolff is on the board of trustees of the Missouri Historical Society (Missouri History Museum in Forest Park), and the board of trustees of the Saint Louis Public Library Foundation.

Wolff engaged in full time law practice with a litigation firm in 1981-82 while on leave from the university and thereafter had a limited trial practice primarily in cases on health care, constitutional issues and employment.

Wolff ran unsuccessfully for attorney general, and in 1992, joined the campaign of Mel Carnahan as research director. Following Governor Carnahan’s election, Wolff served as transition director and as chief counsel until 1994 when he returned to the law faculty. He was the first chair of the Missouri Consolidated Health Care Plan from 1994 to 1998. He also served as special counsel to the governor from 1994 to 1998, working with the governor, legislators, education officials, and civic leaders from St. Louis and Kansas City to craft legislative solutions to help set the stage for the state to resolve the long-running desegregation cases involving the metropolitan school districts. The bill passed in 1998, and the desegregation settlements followed in 1999.

Wolff was one of three nominees for the Supreme Court under Missouri’s Nonpartisan Court Plan in July 1998 and he was appointed to the Court in August 1998. His fellow judges elected him chief justice for a two-year term in 2005.

While on the Supreme Court, he served as chair of the Sentencing Advisory Commission under three governors, drafted changes in Article X, sec. 13 relating to judicial compensation which were approved by the legislature and by a vote of the people in 2006 to facilitate judicial pay raises.

He wrote opinions in cases that established the right of jury trial in employment discrimination cases, clarified the standard for expert witness testimony, disapproved execution of criminals who were juveniles when their offenses were committed, disapproved caps on damage awards as deprivations of the right to trial by jury, and upheld the right to collective bargaining for public employees.

During his time as dean of Saint Louis University School of Law, the law school stabilized and increased its enrollment, increased alumni participation, increased its national rankings including gains in bar passage and employment, and maintained its pre-eminence in Health Law. 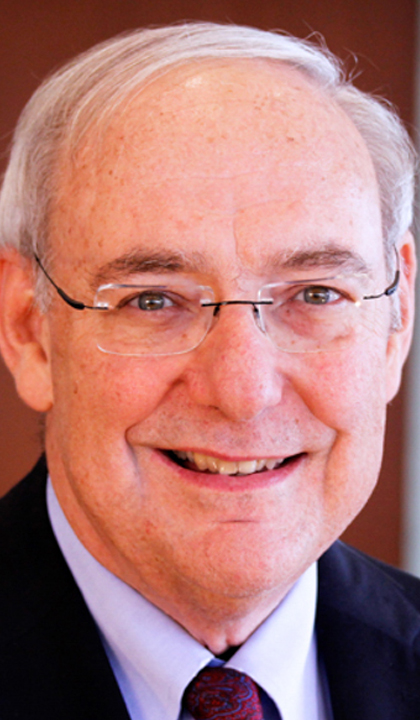