Sandra H. Johnson is Professor Emerita of Law and Health Care Ethics at Saint Louis University School of Law. She is the co-author of the casebook Health Law: Cases, Materials and Problems, now in its seventh edition, which has been used in more than 150 universities. The casebook and its companion treatise have been cited more than 500 times in scholarly articles and judicial opinions, including several times by the U.S. Supreme Court. Johnson has also authored numerous articles in health law and bioethics.

She has been quoted on health policy issues by several national news outlets, including the New York Times and USA Today. She has twice been a guest on NPR’s Talk of the Nation. She received numerous awards for her work, including being named “Woman of the Year” by Saint Louis University and by Missouri Lawyers Weekly; Health Law Teacher of the Year by the American Society of Law, Medicine & Ethics; and was selected as a Fellow of the Hastings Center. In 2012, she received the President’s Award from the Missouri Bar Association, and in 2015 received the Fleur de Lis Award and was inducted into the inaugural class of the School of Law’s Hall of Fame.

Johnson is committed to public service leadership. She served for ten years as the Director of the Mayday Project on Legal and Regulatory Issues in Pain Management. She currently serves as the first Chair of the Board of Ascension Health Senior Care. AHSC was formed in July 2014 and brings together 34 senior care facilities in 11 states and the District of Columbia to form the second largest nonprofit senior care organization in the US. She previously served for two terms as the first Chair of the Board of the Missouri Health Connection, a nonprofit organization that developed and operates develop a statewide exchange for electronic medical records for patient care in partnership with the State of Missouri. She had been appointed by the Governor to a task force that successfully secured federal funding for the State for the statewide exchange. She was honored by a Proclamation from the Governor recognizing her work with MHC upon completion of her terms as Chair. Johnson has also served on the boards of the Alexian Brothers Senior Ministries, PACE in St. Louis and Chattanooga, and the Aquinas Institute.

She also remains engaged in health law scholarship. The seventh edition of Health Law: Cases, Materials and Problems, published in summer 2013, marks the twenty-fifth anniversary of the text written by Professor Johnson and Professors Tim Greaney, Barry Furrow, Rob Schwartz, and Timothy Jost. In addition, Johnson is a regular contributor to At Law feature of the Hastings Center Report. Professor Johnson served as Interim Dean of the School of Law twice. She was the founding director of the Center for Health Law Studies, which has been ranked as the top health law program in the country for over a decade. She served as Provost of Saint Louis University from 1998-2002. From 2001 until her retirement, she held the Tenet Chair in Health Law and Ethics, an endowed chair held jointly by the School of Law and the Center for Health Care Ethics. She also held faculty appointments in SLU’s School of Medicine and School of Public Health. 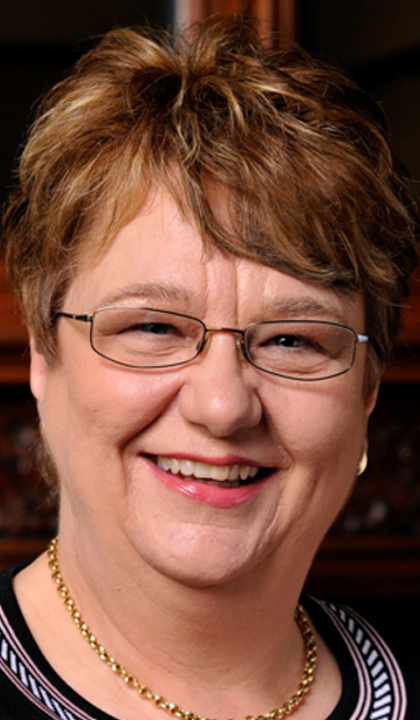