Ambassador in Residence; Professor of Practice
School of Law
Center for International and Comparative Law

Upon graduation from Saint Louis University School of Law, where he served as an associate editor of its law review, Ambassador O’Malley joined the Organized Crime Section of the U.S. Department of Justice and prosecuted Mafia cases in Washington, DC, California, Arizona, and Nevada. He later returned to his hometown of St. Louis as an Assistant U.S. Attorney and prosecuted white collar criminal cases. During this time of government service, he taught trial advocacy and white collar criminal law.

When entering the private practice of law, O’Malley specialized in the defense of physicians and hospitals in trials in which medical negligence was alleged. During this time, he was elected to Fellowship in the American College of Trial Lawyers and received the Award of Honor of the St. Louis Metropolitan Bar Association, both of which stress civility while resolving legal disputes. He was appointed to serve on the board which licenses and regulates Missouri’s physicians and, although its only non- physician member, was subsequently elected to serve as Board President. He has been consistently listed in The Best Lawyers in America.

O’Malley is the senior author of the nine-volume Federal Jury Practice and Instructions which has been cited by courts as “the Bible” on the topic and is routinely used in trials throughout the United States. He has published several scholarly articles in peer-reviewed legal journals both as a student and a veteran practitioner.

President Barack Obama called O'Malley back into government service when he nominated him to serve as the 31st United States Ambassador to Ireland. After taking up residence in Deerfield in Phoenix Park, Ambassador O’Malley set a course continually emphasizing two key goals: to broaden and strengthen the commercial ties between Ireland and the United States and to develop new and innovative ways to connect young Irish and American entrepreneurs and artists. Ambassador O’Malley’s “Creative Minds” series has been cited as the beginning of a new era in this regard and led the Irish government to establish its own “Creative Ireland” program to continue and supplement Ambassador O’Malley's efforts. 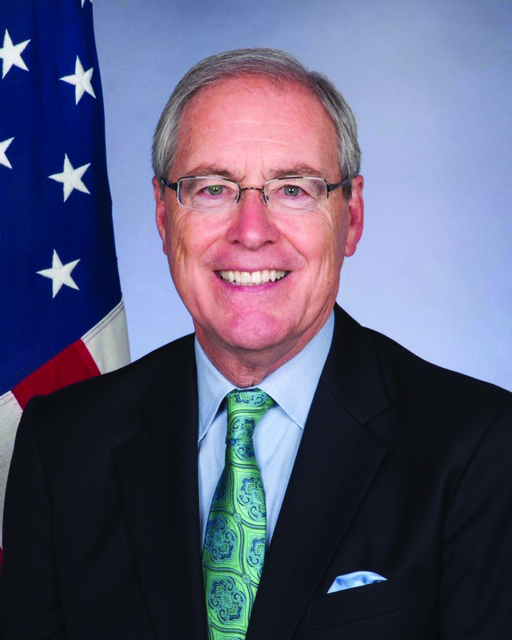