Two teams from Saint Louis University School of Law competed in the regional 2019 ABA Client Counseling Competition Feb. 15-16, at the University of Denver. 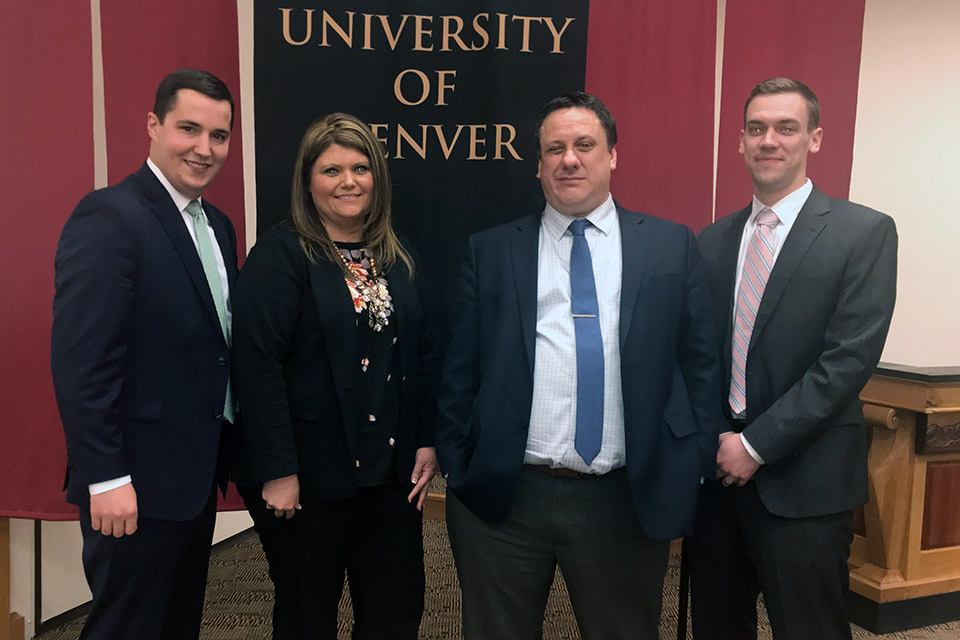 Fourth-year student Sean Oliveira and third-year student Josh Watts won the competition and will be heading to nationals in Waco, Texas, March 21-23, held at Baylor University School of Law.

Their victory was especially exciting because they won over the four-time defending champions.

Twelve teams took part in the regional competition, which comprised of a preliminary, semi-finals and finals round. Each team received different client profiles and completed a series of client interviews for each round.  They were judged by attorneys as well as professionals in counseling or social work who were local to the Denver area.

“Our team was competitive but with such class," said Mary Pat McInnis ('87), team coach and dean of SLU LAW Career Services. "Sean and Josh’s ability to work together and their approach to understanding their clients really made them stand out. I look forward to joining them in Waco for the nationals.”