The Law Library Microform Consortium (LLMC) has been awarded a grant of $244,537 by the Council on Library and Information Resources (CLIR) for the digitization of the set entitled Early State Records. As part of the project, the Vincent C. Immel Law Library is providing metadata for this extraordinary compilation on nearly 2,000 microfilm reels. 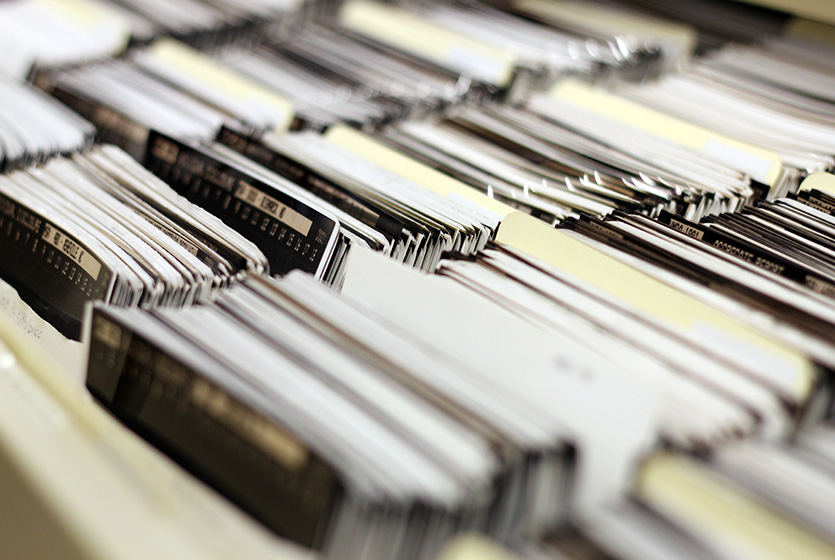 Microfiche from the Vincent C. Immel Law Library that will be digitized and cataloged as part of the massive project.

First compiled by the Library of Congress in the 1940s, the collection includes materials from 48 states, covering colonial and territorial times through the Civil War.

It includes: seminal constitutions and debates of constitutional conventions; statutes and compiled laws, journals and debates of legislative bodies of early territories and states; administrative, executive, and some court reports; records of the North American Indian nations; and newspapers. This grant will facilitate the completion of the final 500 reels of film.

The project was initially funded in 2016 by the LLMC membership and is expected to be completed within the next two years. Leading the project at the Vincent C. Immel Law Library is Professor Emeritus Richard Amelung.

“This project is essential to scholars and will transform the study of American history,” said Amelung. “This funding was crucial to the project’s completion. Not only do these documents provide insight into the original concerns of the founders of the states and the republic, but they also broaden the researcher’s view of their social and economic times.”