3Ls Maysa Daoud, Ashton Dietrich and Aaron Freeman competed against 159 teams from the 117 schools that participated in the competition. The national rounds consisted of the top 28 schools from the regional competitions with two from each of the 14 regions. 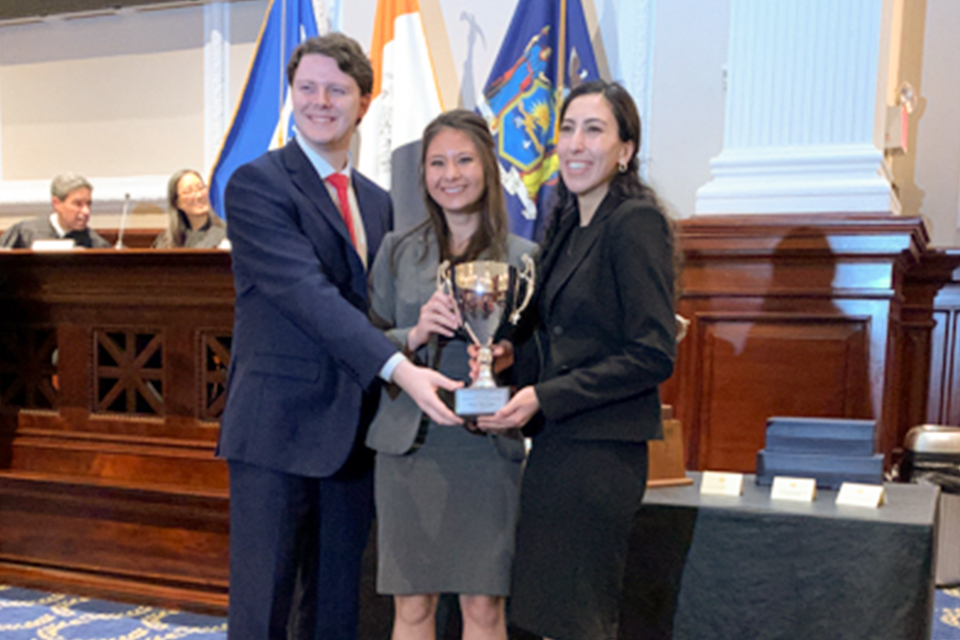 "Our team did a fantastic job," said Professor Paige Canfield, who coached the team. "I could not be more proud of them."