Prof. Emeritus John Ammann served as counsel of record for 33 amici, including Prof. Sidney D. Watson, who was also a lead organizer for the expansion initiative.

It overturned a lower court ruling that the initiative had violated state law because it did not specify a funding source.

The decision effectively expanded eligibility for approximately 275,000 low-income Missourians in the “Medicaid gap” – residents who earned too much to qualify but too little for subsidies to offset the cost of private insurance through the ACA.

It ended a tumultuous process following the vote, in which lawmakers refused to appropriate funds for the expansion in the state budget, leading to a lawsuit brought by three women in the Cole County Circuit Court. That lawsuit was struck down in June before going to the Missouri Supreme Court.

In late June, the National Health Law Program (NHLP) filed an amicus brief with the Missouri Supreme Court “on behalf of 33 health and patient advocacy groups and mostly Missouri-based health economists, law professors and researchers,” contending that expansion would positively impact the lives of hundreds of thousands of residents as well as the state’s economy.

John Ammann ('84), the McDonnell Professor of Justice in American Society Emeritus and former Legal Clinics instructor, was counsel of record for the amici.

Sidney D. Watson, the Jane and Bruce Robert Professor of Law and director of the Saint Louis University School of Law Center for Health Law Studies, was one of the 33 amici. Watson is an expert on Medicaid policy and health care access for the poor. 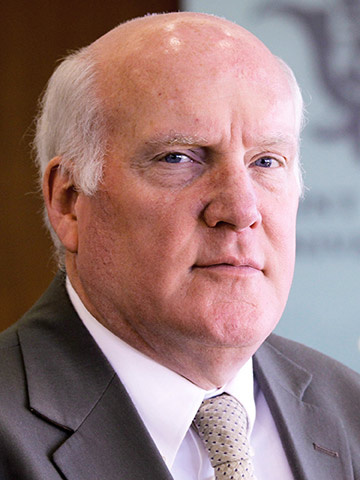 Ammann said his involvement on the amicus brief grew out of the Legal Clinics’ relationship with the NHLP after having worked together on prior cases.

“We’ve co-counseled successfully to preserve medical benefits for poor Missourians, so it was a no-brainer,” Ammann said. “Jane Perkins [NHLP legal director] contacted me to be local counsel, and I said yes right away.

Ammann said one of the challenges was the speed at which the Supreme Court heard the case.

“It was a very aggressive briefing schedule, and the Court’s to be commended for how quickly it dealt with it,” he said. “The difficulty, I think, was not knowing which issues the Court was most interested in. Was it whether there could be a challenge after it passed, was there an appropriations aspect, was it the will of the voters versus the will of the legislators – that’s the difficulty, not knowing which issue out of the many in the case they are going to spend their time on.”

From a legal perspective, Ammann explained: The state constitution says that a ballot initiative cannot direct appropriations from the legislature unless it’s from a new funding source. “What the Court said here was that this provision said nothing about appropriations; what it did was address eligibility for Medicaid, and since the legislature has appropriated money to operate Medicaid this year, they could implement the provision.”

Ammann predicts the Court’s decision will set precedent because of how many issues were dealt with. “It will have a huge impact on how we interpret voter initiatives and the monetary issues that are related to them.” 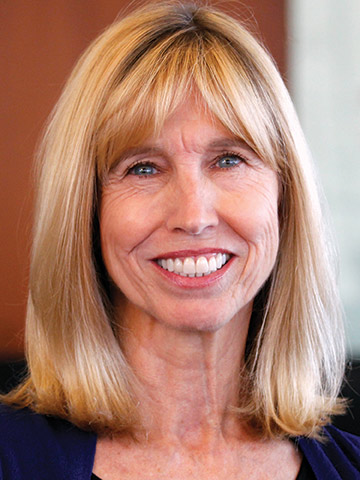 For Watson, this decision was the culmination of a decade of advocacy.

“Ten years ago August we started offering a class, Grassroots Advocacy: Health Law Policy and Advocacy, and the goal of that class was to pass Medicaid expansion,” Watson said. “A lot of the students who have gone through that class were working on the litigation and expansion effort – they took the skills they learned and continued to use them in their practice, and they were integral to this litigation effort.”

Watson helped with the strategy and advised on drafting the ballot language; current and former students gathered signatures in the community; they held informational meetings at the law school.

“What the students did over the years was help people who were in the Medicaid gap talk about health insurance and what Medicaid would mean to them; we helped them testify before legislators in Jefferson City; we talked to legislators; we took classes of nursing students and med students to Jeff City to talk to people; we did analysis of bills related to Medicaid expansion; we did hundreds of community education presentations,” Watson said. “We were part of a very big team effort, and it took that big team – it was law students, it was hospital people, it was the Chamber of Commerce, community health centers, doctors, the Missouri Foundation for Health and other funders, organizing by Jobs With Justice, faith leaders and faith groups, Saint Louis University – SLU had never endorsed anything like this. It took such a big coalition.”

Watson agreed with Ammann on the historic nature of this case.

“It is a highly significant decision,” she said. “It is a big deal case, not just about Medicaid but about ballot initiatives and the appropriations process.”

Watson emphasized not just the legal victory but the impact the decision has for hundreds of thousands of people.

“For some, it’s life versus death,” she said, “if you’ve got a cancer diagnosis, if you need your insulin, if you need your psychotropic drugs for mental conditions. It’s the difference between being able to get the prescription drugs for your blood pressure, your diabetes, and being able to go to work, versus being disabled because you can’t get the treatment you need to control the chronic condition.

“I think we forget how many low-wage jobs don’t provide health insurance – fast food, small restaurants, retail, home health,” she continued. “About 50% [of anticipated new enrollees] are 55 to 64; many in that age group work part time because of chronic illnesses or may not be able to find a full-time job.”

Watson said her phone was lighting up with excited text messages from years of past students and fellow advocates as the decision from the Supreme Court came down.

“I’m actually looking forward to the next step, which is telling people about it and getting them enrolled, and we are working on that now,” she said. “It’s not over. We want to find every one of those 275,000 people. We don’t want to leave anybody behind.”