Journalist and political thriller author Elcin Poyrazlar was invited to speak in a SLU-Madrid political science class to discuss the geopolitical significance that Turkey plays in the ongoing Russia-Ukraine war.

Of Turkish origin herself and with years of experience working in political journalism in Brussels, London, and Washington, D.C., Poyrazlar explored how "Turkey wants to uphold power in the Black Sea region" and the "important role that Turkey can play — even if it's mediation," when discussing Turkey's role in international diplomacy and maritime traffic between the Mediterranean and the Black Sea during times of war. 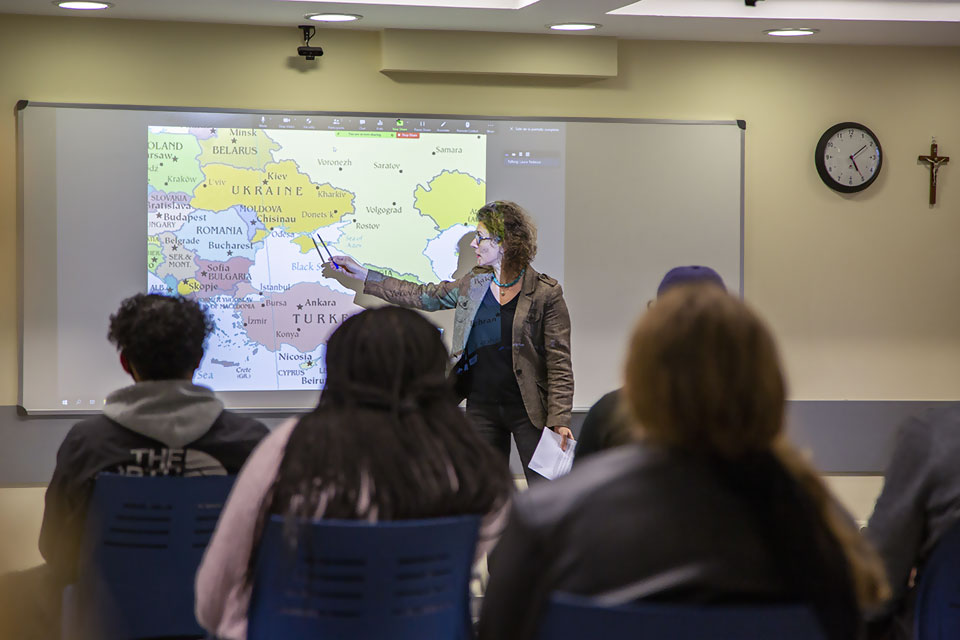 Poyrazlar points out Ukraine's location in relation to the Black Sea and Turkey. Photo by Ángel García.

After taking some questions from students, the journalist later considered her native country's relationship with both the U.S. and European Union while bringing NATO to the forefront of the discussion.

"Everything is so up in the air," Poyrazlar concluded. She expressed optimism when talking about Turkey upholding its responsibilities per military agreements in the Black Sea region.

For more information regarding SLU's response to the Russia-Ukraine war, please read the statement made by SLU President Fred Pestello, Ph.D.