The Future of Neuroscience, for the Service of Humanity

Understanding how to treat diseases of the brain and nervous system, like als, alzheimer’s disease, dementia, and pain, requires more than just research, discoveries, and development in one scientific discipline, but rather a multidisciplinary approach that brings together several experts across disciplines, all of whom are committed to better understanding how neuroscience works. At Saint Louis University’s Henry and Amelia Nasrallah Center for Neuroscience, researchers and clinicians from across the University unite around this shared mission, exchanging ideas, partnering on initiatives, and collaborating to solve some of the world’s most pressing health issues. 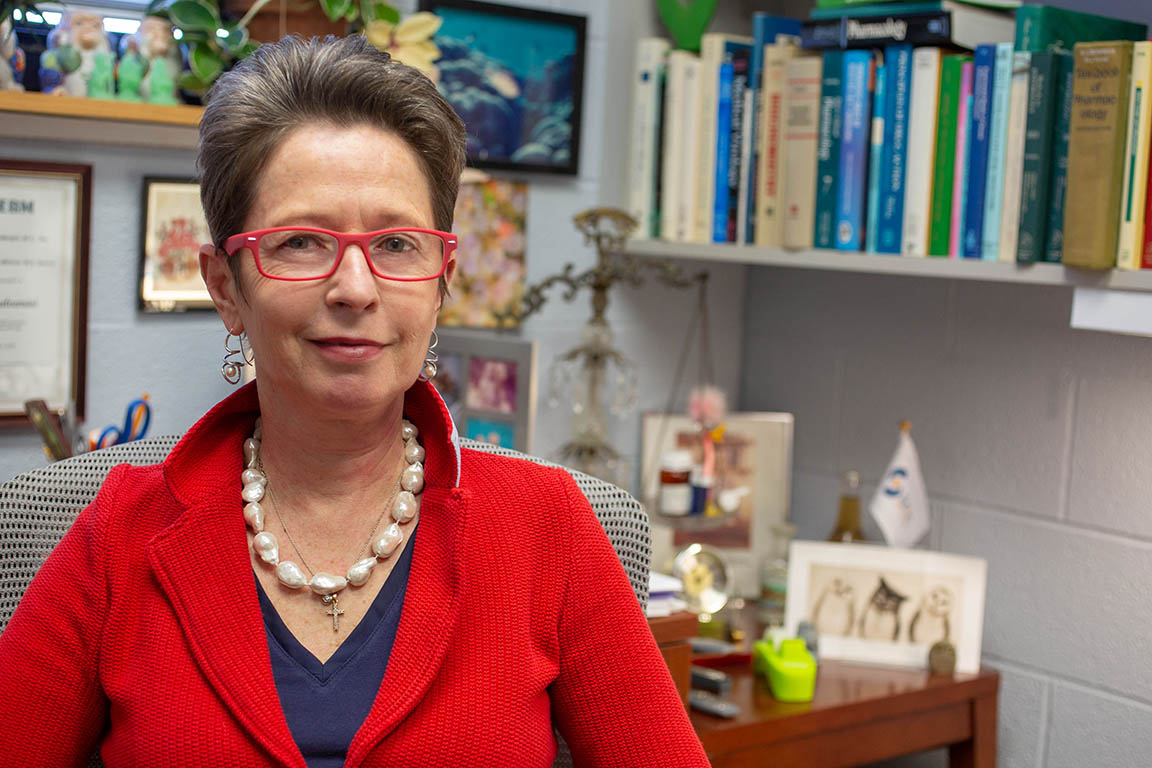 Because of the opportunities I have at the Center, my lab has already started collaborations with other groups.”

A Multidisciplinary Approach to Neuroscience

The Henry and Amelia Nasrallah Center for Neuroscience fosters multidisciplinary neuroscience research ranging from molecular to clinical studies. The Center currently comprises more than 90 members, including faculty, undergraduate students, postdoctoral fellows, and staff across 27 departments of the University. The Center provides a unifying collaborative framework for researchers to discover nervous system function that will lead to translational discoveries and invention of new approaches to treat nervous system disorders. The Center has a strong emphasis on chronic pain but also focuses on cognitive dysfunction, such as Alzheimer’s disease, traumatic brain injury, ALS, and neurological diseases.

As Daniela Salvemini, Ph.D., Director of the Center for Neuroscience, says, “We want to understand how the brain works and how the brain is involved in diseases. These span orphan diseases to chronic pain, to traumatic brain injuries, to how chemotherapy alters the wiring of the nervous system to cause pain, as well as cognitive impairment. By understanding how these pathways are engaged and drive to disease, we will work to develop novel therapies.”

Collaboration at the Center of It All

Before the Center for Neuroscience, the work around neuroscience at SLU in different disciplines was siloed. Now, as the Center has grown and the infrastructure is in place, collaboration has become a critical part of each members’ neuroscience work. The Center provides weekly email communications, a central database that lists all of the members and their areas of specialization, and symposia where members present their work. Most importantly, the Center gives University scientists opportunities to connect with one another. 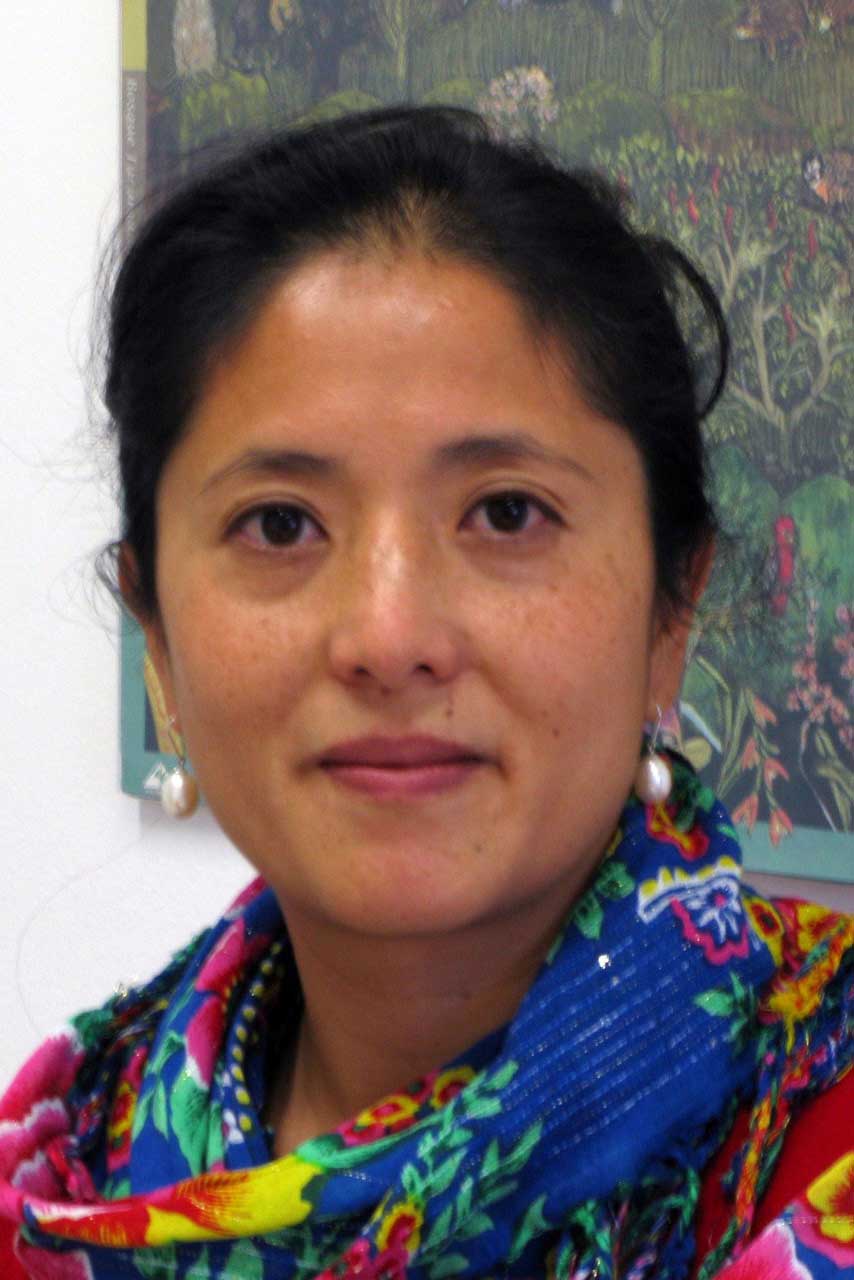 Yuna Ayala, Ph.D., an associate professor in the Department of Biochemistry and Molecular Biology and a member of the Center for Neuroscience, whose research focuses on the fundamental mechanisms that underlie neurological disorders, specifically neurodegeneration, such as ALS, Alzheimer’s disease, and chronic traumatic encephalopathy, says, “Because of the opportunities I have at the Center, my lab has already started collaborations with other groups.”

One collaboration she is particularly excited about is with Susan Farr, Ph.D., in the Department of Geriatrics, who studies traumatic brain injury (TBI), which can result from concussions.

“TBI is characterized by the accumulation of these clumps of the protein that we study, TDP-43,” says Dr. Ayala. “However, very little is known about how these clumps appear. So we have started collaborating with Dr. Farr to see whether we can accurately and reproducibly study TDP-43 accumulation in mouse models of TBI. And I think it has a lot of different implications in society because this affects veterans and athletes, and it’s also connected to various forms of dementia and ALS.”

The work of the Center extends far beyond the walls of the School of Medicine. As an engineer, Silviya Zustiak, Ph.D., an associate professor of biomedical engineering, has a specific way to approach and solve problems. “I could work for years to develop the solution only to learn that doctors don’t want it, or that patients don’t want it, or that it wasn’t the right approach,” she says. To that end, the Center for Neuroscience provides a platform where scientists and clinicians can broadcast their work and meet others who have a common interest, but may perhaps bring a different perspective or approach. “This is really where the magic happens,” says Dr. Zustiak. “The Center has been amazing for the University because it’s such an excellent venue to bring researchers with similar or tangential interests together, help them exchange ideas, seek out the necessary expertise, and find the missing link for that next big scientific discovery. It allows us to expand our horizons and to have access to resources or equipment that we wouldn’t have otherwise. So it really impacts the quality and reach of our research. Because of the Center, our research is more impactful, allowing us to answer bigger questions and ultimately bring our discoveries to patients faster.” 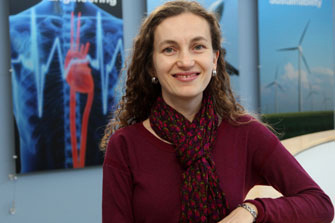 Dr. Zustiak, whose work centers on hydrogel biomaterials for drug delivery and tissue engineering applications (with a focus on brain cancer), needed a neuroscientist to complement her work. “As part of the Center, I was able to present our work and get people excited,” she says. “And one of those people happened to be a neuroscientist.” The two are now collaborating.

One of the most important aspects of the Center for Neuroscience is that it fosters a robust undergraduate neuroscience program, with more than 300 undergraduate students currently involved and often collaborating with more senior scientists. “We’re interested in developing future scientists,” says Dr. Salvemini. “So mentoring is a very important component of our Center because the impact we can have on their careers is substantial.”

The Center has been amazing for the university because it’s such an excellent venue to bring researchers with similar or tangential interests together, help them exchange ideas, seek out the necessary expertise, and find the missing link for that next big scientific discovery.”

Building a Center for Excellence

As part of the Center for Neuroscience Executive Leadership Committee, George Grossberg, M.D., with the Department of Psychiatry and Behavioral Neuroscience, is an integral component of the organizational structure of the Center for Neuroscience, helping to foster collaboration, attract diverse grants, and propagate the ideals of the Center within the University community, as well as the larger St. Louis community. “One of the primary goals of the Center is to educate,” says Dr. Grossberg. “Educate our community, educate the metropolitan area, even educate on the national level about all the contributions that our faculty are making to better understand brain- and nervous-system-related disorders.”

One of the primary goals of the center is to educate...Educate our community, educate the metropolitan area, even educate on the national level about all the contributions that our faculty are making to better understand brain- and nervous-system-related disorders.”

As with many members of the Center for Neuroscience, Dr. Grossberg profoundly believes in the mission of Saint Louis University: “The pursuit of truth for the greater glory of God and for the service of humanity.” Nothing exemplifies this better than the work of Dr. Grossberg and his colleagues at the Center for Neuroscience. “You think about having a disorder like dementia or schizophrenia, or having a family member suffer from a neurological disorder,” he says. “One of the missions of the University and our Center is to give people hope and to provide for them state-of-the-art treatment to improve their quality of life, as well as the quality of life of their loved ones and caregivers.” 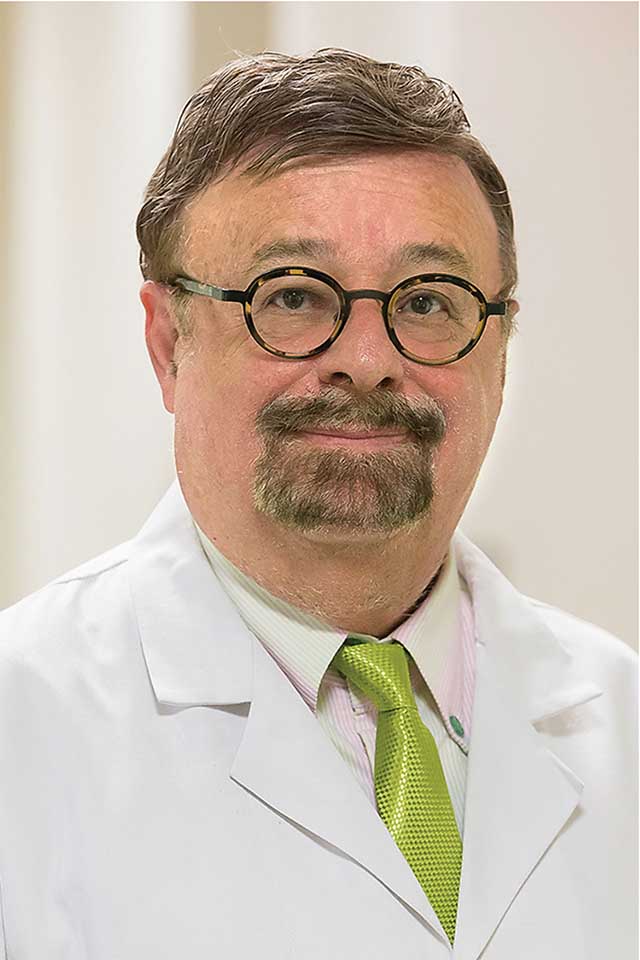 Further, central nervous system disorders increasingly affect underprivileged populations, as there is a racial disparity in how chronic pain, dementia, anxiety, depression, and other neurological disorders are treated. According to the Association of American Medical Colleges, “A meta-analysis of 20 years of studies covering many sources of pain in numerous settings found that Black/African American patients were 22% less likely than white patients to receive any pain medication” (Sabin, January 2020).

Dr. Ayala agrees that the overall mission of Saint Louis University aligns closely with that of the Center for Neuroscience. “Our research has the potential to bring cures to patients who suffer from cognitive decline or motor disruption, which affects a large part of the population. These types of diseases are going to increase over time because of the growing number of older adults.” As a Latina scientist, Dr. Ayala also seeks to be a role model for future scientists. “That’s one of my missions—to increase the number of women and underrepresented minorities involved in science and medical research.”

To continue to further this mission, Dr. Salvemini’s goal is for the Center for Neuroscience to be recognized as a Center of Excellence (CoE) by Saint Louis University. “We bring a lot of prestige. We have outstanding programs. And because we are cross-disciplinary, we serve the entire University,” says Dr. Salvemini. “Which is why solidifying our status as a CoE is the natural next step.” In addition to bringing more expertise to the Center, Dr. Salvemini hopes to attract critical funding from grants, venture capitalists, and other entrepreneurs who are interested in investing in the research at the Center. More funding results in more research, which in turn yields more discoveries within the field of neuroscience.

For the scientists and clinicians at the Center for Neuroscience, imagination is transforming into reality, and SLU is leading the way.