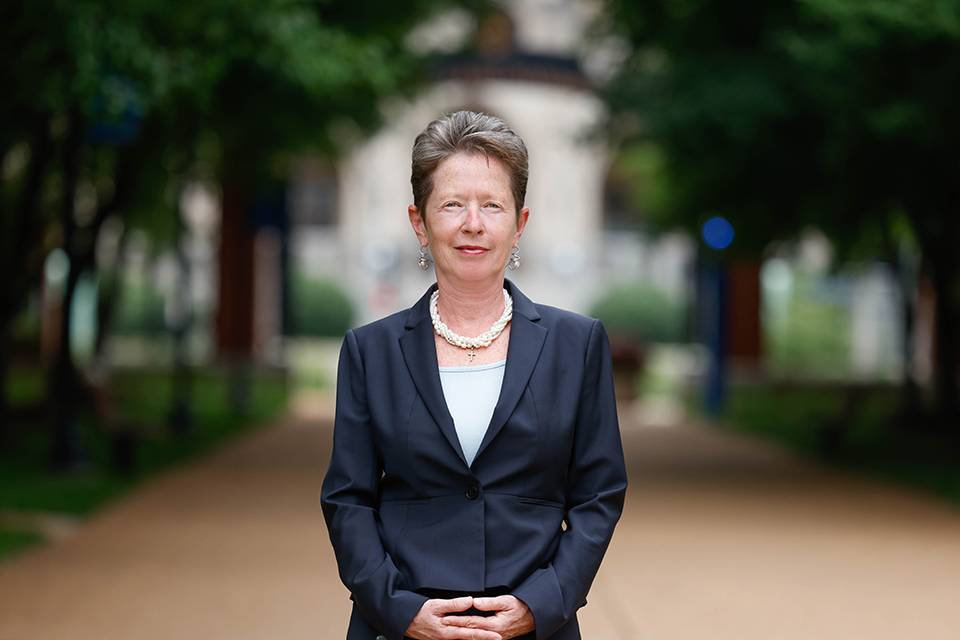 Dr. Salvemini is William Beaumont Professor and Chair of the Department of Pharmacology and Physiology at Saint Louis University (SLU) School of Medicine, Professor of Psychiatry and Behavioral Neuroscience and Director of SLU’s Institute for Translational Neuroscience. Dr. Salvemini received her BSc in Pharmacology from Kings College in London and her PhD in Pharmacology from the University of London under the mentorship of the late Nobel Prize winner Professor Sir John Vane. She pursued postdoctoral studies at the William Harvey Research Institute in London and in the Department of Discovery Pharmacology at Monsanto in Saint Louis. Before joining SLU in 2005, Dr Salvemini spent 15 years in the private sector where she led drug discovery efforts on novel anti-inflammatory agents and analgesics. Dr Salvemini’s research interests are to understand the cellular and molecular mechanisms underpinning neuropathic pain and developing therapeutics to target these mechanisms. Her highly translational approaches combine behavioral pharmacology, biochemistry, molecular biology, genetics, toxicology and drug discovery. Her work led to several seminal discoveries that resulted in the development of novel therapies that entered clinical trials. She has published over 300 peer-reviewed articles and holds many U.S. patents. Dr Salvemini has been honored with several awards for her basic science and translational research in pain and inflammation, including the Novartis Award in Pharmacology, the Outstanding Scientist Award from the Saint Louis Academy of Science and the Pharmacia-ASPET Award in Experimental Therapeutics. Dr Salvemini is a Fellow of the Saint Louis Academy of Science and a Fellow of the National Academy of Inventors. Her research has been funded consistently by the NIH, foundations and the private sector.

Return to the Department of Pharmacology and Physiology