Chronic pain, including pain caused by chemotherapeutics for cancer, is a devastating global health problem, a major unresolved healthcare issue, with tremendous socio-economic implications, particularly for long-term sufferers. For example, annual US expenditures related to pain (including direct medical costs and lost wages) are higher than those for cancer ($243 bn), heart diseases ($309 bn) and diabetes ($188 bn) combined (see Woodcock et al., 2007; Nightingale, 2012; Pizzo and Clark, 2012). Chronic pain is poorly managed and novel therapeutic agents are unquestionably needed. Using a multidisciplinary approach that includes genetic, molecular, bio-analytical, biochemical and pharmacological tools, my lab is interested in understanding how neuro-inflammatory processes are engaged in the periphery and CNS during the development of chronic neuropathic pain with particular focus on:

We are also interested in exploring the contribution of these pathways in the development of opioid-induced hyperalgesia and antinociceptive tolerance known to hamper the effective use of opioids for pain management. Our efforts in these areas have opened a new field of pain research directed toward modulating critical mediators of pain rather than masking symptoms through traditional approaches. Novel chemical entities that specifically target these pathways are also evaluated through our collaborative efforts with the ultimate goal of initiating proof of concept clinical trials. We have already seen important efficacy increases by synergizing our targeted interventions with currently used analgesics. These large increases in pain relief achievable by targeting multiple synergistic pathways provide a clear path forward for reducing dose and toxicities observed with currently used analgesic drugs. 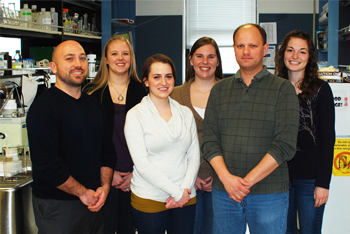 Bibliography (listed only from 2005-present)

Batinić-Haberle, I, Ndengele, M.M, Cuzzocrea, S., Rebouças, J.S., Spasojevi, I. and Salvemini, D. (2009). Lipophilicity is a critical parameter that dominates the efficacy of metalloporphyrins in blocking the development of morphine antinociceptive tolerance through peroxynitrite mediated pathways. Free Radical Biology and Medicine. 46, 212-219.

Abstracts at National and International meetings not listed.

2010: Premio Internazionale Maria Luisa de' Medici Award from Italy. The annual prize is for women whose distinguished work is of international interest. The award was granted for Excellence in Research.

2002: The Oxygen Club of Greater Washington, D.C and the Society for Experimental Biology and Medicine, D.C Award for her research in free radical biology.

2000: Magna Graecia Prize for her contribution of the scientific advancement of research in Southern Italy.

1997: Searle Discovery Research Achievement Award for her achievements and leadership in the Superoxide Dismutase Project.

1997: Novartis Prize In Pharmacology for her research on free radicals, nitric oxide and cyclooxygenases inflammation.

1991: The University of London William Julius Mickle Fellowship, For: “An investigator under 35 years of age, who has in the opinion of the Committee, done most to advance medical art or science within the preceding five years”.

1989: The British Society of Thrombosis and Haemostasis Young Investigators Award for the excellence and originality of the work presented on the interactions between nitric oxide, platelets and vascular smooth muscle cells.