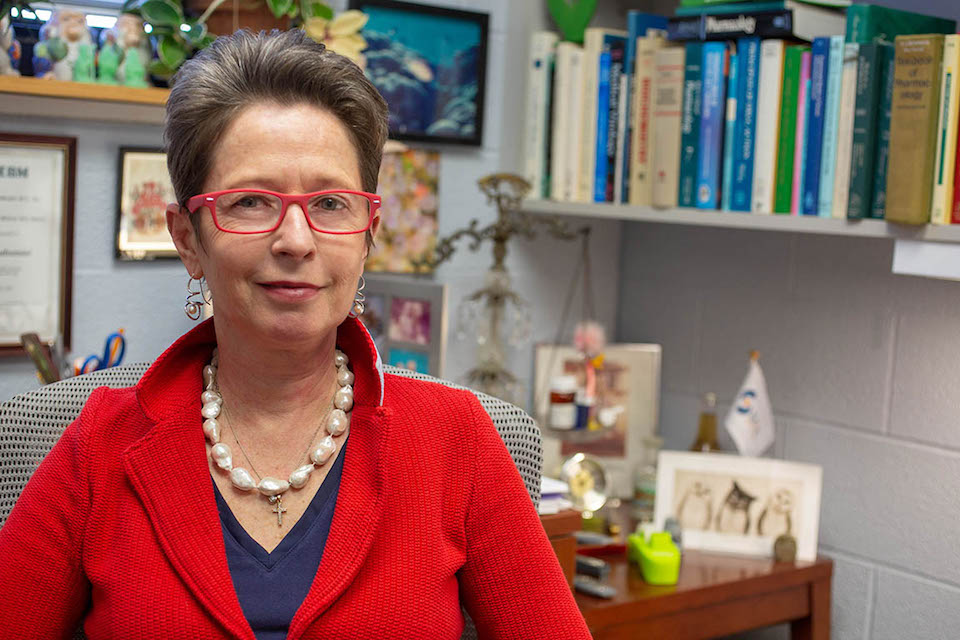 Daniela Salvemini, Ph.D., has accepted the position of Chair, Department of Pharmacology and Physiology, effective March 1, 2021.

Dr. Salvemini received her Ph.D. from London University. She completed her postdoctoral study at The William Harvey Research Institute at Saint Bartholomew’s Hospital Medical College and in the Department of Molecular Pharmacology at Monsanto Corporate Research.

Dr. Salvemini has held the Interim Chair position in the Department of Pharmacology and Physiology since 2019.

After her postdoctoral studies, she spent over a decade in the private sector where she led drug discovery initiatives on novel anti-inflammatory agents and analgesics that contributed to the advancement of several therapeutics into clinical trials. In 2005, she joined SLU, in the Department of Pulmonary and Critical Care and then the Department of Pharmacological and Physiological Sciences as an associate professor in 2009 and a tenured professor in 2012. In 2015, Dr. Salvemini was named Vice Chair of Research for the Department of Pharmacological and Physiological Sciences. In 2018, she was named Director of the Henry and Amelia Nasrallah Center for Neuroscience at Saint Louis University School of Medicine. This center is dedicated to fostering and facilitating interdisciplinary research and education in neuroscience within the School of Medicine. The center is comprised of more than 90 members across 27 departments of the University.

In recent years, Dr. Salvemini has received the SLU Distinguished Faculty Award in Research, SLU Faculty Innovation Award, and Pharmacia-ASPET Award in Experimental Therapeutics for her work in pain research. She is a Fellow of the Saint Louis Academy of Science and a Fellow of the National Academy of Inventors. She serves as an Ad Hoc Reviewer for the NIH, Department of Defense, and several foundations. Additionally, Dr. Salvemini spends much time mentoring students. She has trained numerous graduate and postdoctoral students, young scientists in the private sector, and young investigators nationally and internationally.