‘Chemo brain’ can impact quality of life long after treatment

Willis (Rick) Samson, Ph.D., was elected President of the American Physiological Society. He will serve as President-Elect until April 2023. He will then take over as president of the society. Dr. Samson has been active in APS since he was a trainee and previously served the society as a member of council and as editor-in-chief of AJP-Regu, among many other service roles. The APS has over 10,000 members worldwide. This is a huge honor! Congratulations Dr. Samson!

Three New PIs to Join Department Faculty in February of 2022

The Department of Pharmacology and Physiology is excited to announce the recruitment of three outstanding PIs that will be joining the department in February 2022 as part of our ongoing cluster hiring to grow pain, neuroscience and metabolism research at Saint Louis University. These new faculty are: 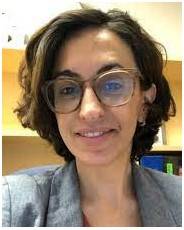 Vincenza Cifarelli, Ph.D., will be joining us from Washington University in Saint Louis as an assistant professor. She will pursue her work on the contribution of the endothelial dysfunction in the development of the immuno-metabolic abnormalities associated with obesity and the metabolic syndrome. Her interdisciplinary research program investigates how blood and lymphatic vasculature regulate the gut-adipose tissue axis. Her studies aim to provide plausible original therapeutic strategy for treating obesity by targeting the intestinal vascular and lymphatic endothelium, which recent studies indicate to be an important regulator of body fat distribution, visceral fat deposition and inflammation during diet-induced obesity. 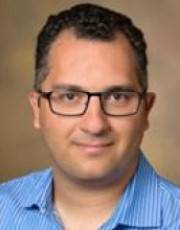 Aubin Moutal, Ph.D, will be joining us from University of Arizona in Tucson as an assistant professor. He will pursue his N.I.H.-funded work on studying rare autoimmune clinical conditions to discover novel proteins involved in the transition to chronic pain. His lab uses in-vitro and in-vivo approaches from biochemistry and CRISPR to electrophysiology and pain behavior with the overarching goal to better understand the synaptic dysregulations underlying the increased spinal neurotransmission in chronic pain. 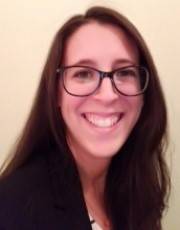 Liberty Francois-Moutal, Ph.D., will be joining us from University of Arizona, Tucson as an assistant research professor. She will focus on studying the synaptic delivery of mRNA in neurodegeneration and painful neuropathies. With her expertise in biochemistry, biophysical characterization of protein interactions with biologically active molecules, as well as drug design approaches, she aims to characterize and target interactions relevant to RNA transport as well as foster new collaborations.

With $5.3 Million from NIH, DOD, Saint Louis University and University of Maryland Pain Researchers Set Their Sights on Migraine Relief

Thanks to $5.3 million from the Department of Defense (DOD) and the National Institutes of Health (NIH), Saint Louis University pain researcher Daniela Salvemini, Ph.D., and colleagues from the University of Maryland School of Dentistry (UMSOD) are in pursuit of a new way to treat migraine pain, a complex and painful disorder that affects over 30 million people in the U.S., including children as young as 5 years old.

Koyal Garg, Ph.D., is an associate professor of Biomedical Engineering and has a secondary appointment in the SOM-Pharmacology and Physiology at Saint Louis University. Garg’s research focuses on the enhancement of skeletal muscle regeneration and function following injury, disease, and aging. In her own words, Garg shares why she does what she does, her goals for her research and what it's like working at SLU.

Galaxy@SLU maintained by PharmPhys is now one of 134 publicly accessible Galaxy-based bioinformatics servers in the world. Learn more at https://galaxyproject.org/use/galaxy-slu/.

On July 16, Rick Samson, Ph.D., was installed as the 33rd president of the Society for the Study of Ingestive Behaviors (SSIB), an international organization committed to advancing scientific research on food and fluid intake and its associated biological, psychological and social processes.

In August, Samson will be honored as a distinguished member of the International Regulatory Peptide Society (regpep.org).  His acceptance presentation will be “Challenges for the Field: Peptides as Therapeutics: Orphan G Protein-Coupled Receptor – Ligand Matching is Just the Beginning.” He will be highlighting results of a fruitful, 16-year-long collaboration with Dr. Gina L.C. Yosten, an associate professor in the department.

Daniela Salvemini, Ph.D. was awarded a grant entitled “Sphingosine-1-Phosphate Receptor Subtype 1: A Novel Target in the Treatment of Chronic Migraine” from the Department of Defense. The funding period is July 1, 2021-June 30, 2025 and the funded amount $1,280,322.

Migraine and post-traumatic headache (PTH) are widely prevalent disabling disorders. They are far more prevalent in military service personnel, as they are a common feature of mild traumatic brain injury, where a migraine predisposition is more likely to produce adverse outcomes. Despite their high prevalence there are major gaps in our understanding of their pathobiology. Moreover, our ability to treat the more frequent and chronically disabling forms of migraine and PTH are limited. The objectives of our proposal are to understand the roles of sphingolipids, and in particular S1P, in nociceptive mechanisms involved in the pathobiology of migraine-like headaches and the potential use of S1PR1 antagonists in these conditions.

John K. Walker, Ph.D., was elected as a NAI Senior member of the National Academy of Inventors in recognition of his dedication to invention and innovative work in his field. He is named an inventor on 13 issued U.S. patents, and is a co-founder of two companies (Pelagos Pharmaceuticals and Myonid Therapeutics) working in the drug discovery field, developing technologies partially identified in his lab.

The Future of Neuroscience, for the Service of Humanity - Fall 2020

Understanding how to treat diseases of the brain and nervous system, like ALS, Alzheimer’s disease, dementia, and pain, requires more than just research, discoveries, and development in one scientific discipline, but rather a multidisciplinary approach that brings together several experts across disciplines, all of whom are committed to better understanding how neuroscience works.

Gina Yosten, Ph.D., was awarded a grant from the Foundation for Prader-Willi Research in February in support of her proposal entitled, “Orphan GPCRs and the Neurobiology of Hyperphagia in Prader Willi Syndrome: Role of GPR160." The goal of Yosten's proposal is to evaluate the potential role of a molecule called cocaine- and amphetamine-regulated transcript, or CART, in appetite regulation using a rat model of Prader-Willi Syndrome.

Daniela Salvemini, Ph.D., has accepted the position of Chair, Department of Pharmacology and Physiology, effective March 1, 2021. Dr. Salvemini also holds the William Beaumont Professor and Chair. Dr. Salvemini received her Ph.D. from London University. She completed her postdoctoral study at The William Harvey Research Institute at Saint Bartholomew’s Hospital Medical College and in the Department of Molecular Pharmacology at Monsanto Corporate Research.

Dr. Gina L.C. Yosten Selected the Next Editor-in-Chief of the American Journal of Physiology - Summer 2020

After a lengthy international search the publications committee and executive council of the American Physiological Society have chosen Dr. Gina L.C. Yosten, assistant professor of pharmacology and physiology at the SLU School of Medicine, to be the next editor-in-chief of the American Journal of Physiology (Regulatory, Integrative and Comparative Physiology).

Researcher Daniela Salvemini, Ph.D., professor of pharmacology and physiology at Saint Louis University, has been named a fellow of the National Academy of Inventors (NAI) for her contributions toward understanding and finding better treatments for pain. Fellows of the NAI are academic inventors who have made a significant difference in the quality of life in society.

ASPET is pleased to award Dr. Daniela Salvemini from Saint Louis University School of Medicine the 2020 Pharmacia-ASPET Award for Experimental Therapeutics. The Pharmacia-ASPET Award for Experimental Therapeutics recognizes and stimulates outstanding research in pharmacology and experimental therapeutics, basic laboratory or clinical research that has had, or potentially will have, a major impact on the pharmacological treatment of disease.