My laboratory is studying the role of the immune response to tumor cells, with particular emphasis on the role of natural killer (NK) cells. NK cells are a small population of circulating white blood cells with the ability to kill tumor cells upon contact. Treatment of NK cells with agents such as interleukin-2 (IL-2) and interferon (IFN) enhances their killing activity and expands the repertoire of tumor cells capable of being recognized and killed. IL-2 and IFN enhancement of NK activity requires new RNA and protein synthesis. This has led us to the cloning and characterization of new genes induced by IL-2 and IFN in NK cells that are associated with tumor killing activity.

We have identified several novel genes expressed selectively in activated NK cells. One of these genes, designated NKLAM, is currently under extensive investigation in our laboratory. It has been shown to be essential for the anti-tumor activity of NK cells. Studies are now directed at characterizing the role of the NKLAM protein in the killing process mediated by NK cells as well as cytotoxic T cells and macrophages. Some of the other novel genes that have been cloned are also under study.

My laboratory is also developing strategies to accentuate anti-tumor immunity in cancer patients. We have found that oral administration of glutamine to animals or patients enhances NK function and inhibits and/or prevents breast tumor growth. In patients with myeloma, NK function is normal; however, the tumor cells are inherently resistant to NK lysis. We have identified several agents that can increase the susceptibility of myeloma tumor cells to NK-mediated killing and are in the process of studying their specific mode of action. 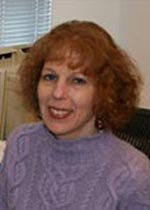