While much is known about the barriers women overcome in the workplace to reach senior management positions, little is understood about how female executives differ from male executives when making corporate decisions once leadership positions are obtained. 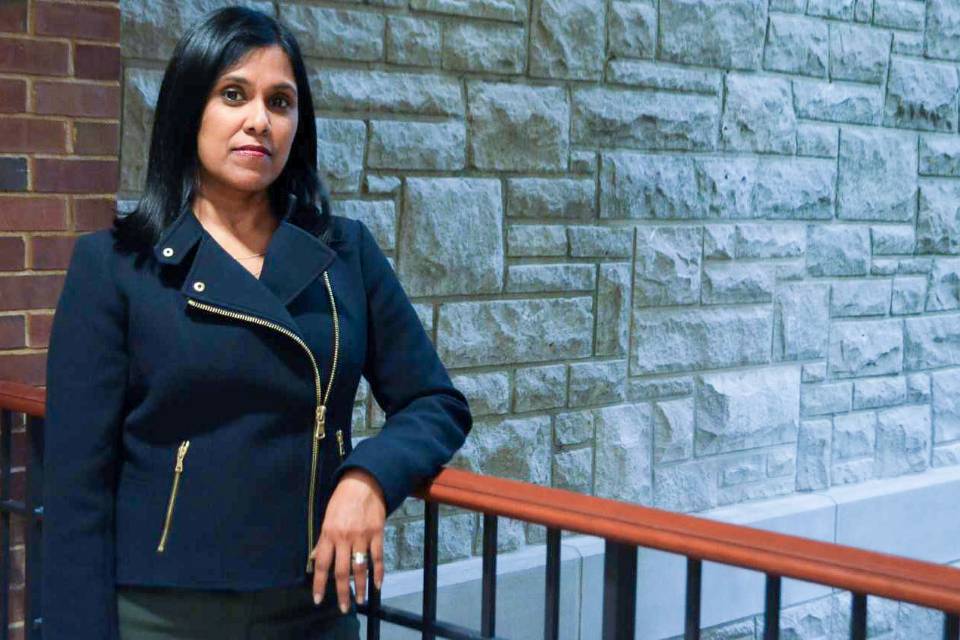 Bidisha Chakrabarty, Ph.D., department chair of finance and Edward Jones professor of finance at the Chaifetz School of Business, along with her colleagues from two other universities, Daniel Turban, Sandra Mortal, Vishal Gupta and Xiaohu Guo, explored if the gender of a company's CFO determined the likelihood of errors in financial statements. They found that female CFOs showed lower financial misreporting in general and this effect is greater in situations with little oversight from external stakeholders. In such cases, female executives behaved more ethically than males.

About the Research Predictions

"I am a female professional in the field of finance, where males are severely over-represented, and an active area of my research is on building Fraud prediction models" said Chakrabarty. "The recent #MeToo movement highlighted in my mind the extra difficulties women professionals face in climbing up the corporate ladder."

That intersection led Chakrabarty to conclude she could make a contribution by examining the ethicality of female CFOs compared to male CFOs by applying the state-of-the-art tools she uses in her more general fraud-related research specifically to finance professionals considering gender.

On average, irregularities in financial statements account for a loss of at least 5% of the annual revenues of U.S.-based firms, and these mistakes often go unnoticed, she said.

Chakrabarty and the other team members predicted that CFO gender would affect financial statement irregularities. They determined three possibilities could be at play in financial misreporting when predicting the effect of gender in management positions of large companies.

The first possibility was that women tend to act like men when making firm decisions in order to rise up in the corporate world. In that case, the team predicted corporate decisions would not be affected by the gender of the executive.

The second possibility was that men and women tend to differ on various psycho-social qualities, due to socialization and evolutionary differences. This results in men being more aggressive, greater risk takers and less ethical, predicting increased likelihood of financial misreporting among men.

The third possibility was that women who rise up to top management positions had to go through barriers and obstacles in order to do so, causing them to take greater risks than their male coworkers. As a result, it is possible that the predicted the likelihood of financial misreporting would be higher in female CFOs than male.

About the Research Findings

The researchers controlled for the age and size of the companies, the gender of the CEO, board gender diversity and board independence, and many other factors that can influence financial reporting. Then they found that after holding all these factors the same, firms with female CFOs showed less financial misreporting when compared to similar firms with male CFOs.

The study also found that gender differences are stronger when monitoring from key stakeholders was low and that high monitoring led to less financial misreporting overall and no gender effect.

"As the evidence accumulates regarding the advantages that female finance professionals bring to the table, the hope is that it will make an impact on hiring these professionals, who find it difficult to break the glass ceiling," Chakrabarty said.

Chakrabarty said she believes the results of this study will benefit large corporations in the future such as when hiring more female executives.

The Chaifetz School's Commitment to Research

The Chaifetz School of Business ensures its students have access to professors who are actively learning and making a change through conducting research that will be applied and utilized in the real world.

"SLU and the Chaifetz School of Business encourage cross-disciplinary research and facilitates it by encouraging seminars and visits from other high-profile scholars," Chakrabarty said. "In fact, my co-authors in this project (Dr. Gupta and Dr. Mortal) visited SLU in 2017 to present a research seminar, which is where the idea for this collaboration began."

Chakrabarty received awards from the National Financial Association (NFA) and the Financial Management Journal in 2018 for her research on “Order Exposure in High-Frequency Markets” and "Management Risk Incentives and the Readability of Corporate Disclosures." Earlier she received a grant from the National Stock Exchange of India to examine real-time trading in developing financial markets.

"The administration recognizes the value of good research, and promotes it through multiple means," Chakrabarty said. "SLU’s help has been vital to my success as a researcher."

Research in the News

Dr. Chakrabarty's research has been featured in the Academy of Management Journal, Harvard Law blog and the CFO financial reporting magazine.