Chaifetz School alum Cal Weinhold, who graduated from the One-Year MBA (OYMBA) program in 2018, began his career with UNCOMN while he was still a SLU student. Three years later, Weinhold’s experience “came full circle” when he hired a OYMBA student to be part of his team. 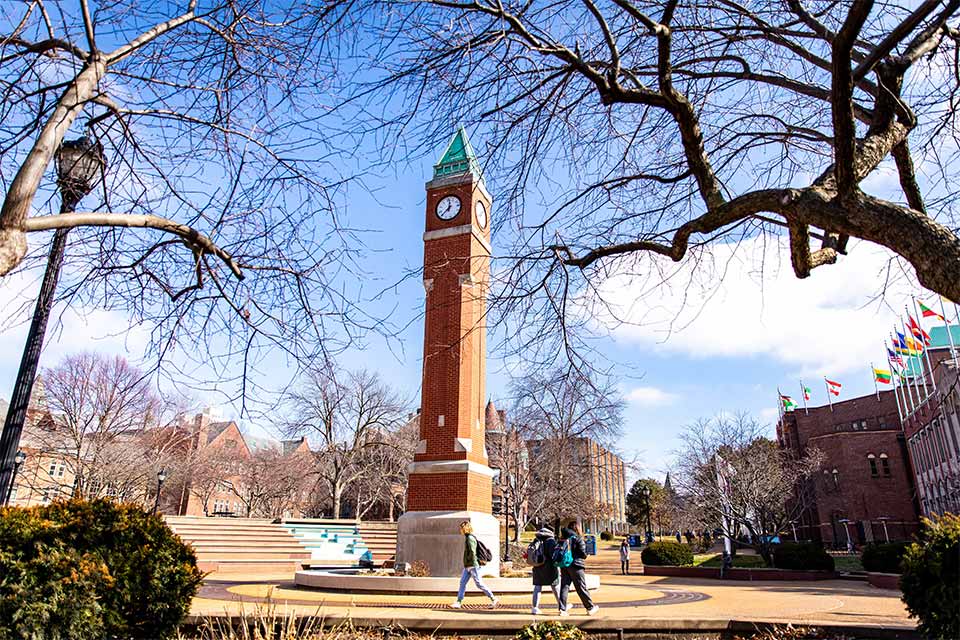 When Cal Weinhold first met a representative from UNCOMN at Sync With SLU, a speed-networking event provided for One-Year MBA students, he didn’t think he was a great fit for their company.

“When I first interviewed, they didn’t have any positions in my area of marketing,” Weinhold recalled, “but after discussing a few of my projects from the MBA program, they realized I could still have an impact.” Weinhold accepted an internship with UNCOMN and hasn’t looked back since: He currently works in marketing as their Media Channels Manager and loves his job.

The rigor of the OYMBA program prepared him well for his current career, Weinhold said, providing him with “a level of professionalism that stood out to employers.” He also points to the program’s data analytics focus as a huge asset to students, noting that “data is everything” in the business world.

Weinhold recently found himself on the other side of a SLU networking event when he met Odessa Magafas, a current student in the OYMBA Class of 2021.

“I met Odessa at literally the same event I was hired at years ago,” said Weinhold. “I looked immediately to SLU when it was time to start building my team,” he continued. “It’s been a goal of mine to reach out to One-Year MBA students. The program is really rigorous, and I know the students are smart, passionate, and capable.”

Weinhold offered Magafas an internship with UNCOMN, and she accepted.

“After meeting Cal, I immediately saw an opportunity to make an impact at UNCOMN,” said Magafas. “From day one, I immediately felt a part of the team and was able to take charge leading projects that set our marketing team up for success.”

For this year’s cohort of OYMBA students, Weinhold has some advice. “Be confident in your capability but humble in your delivery,” he says. “Don’t be discouraged if you’re not making the impact you want right away, because you have the skills to get there.”

One way to have an immediate impact, he adds, is to “identify a personal passion of yours and join a non-profit board in that area. There are so many amazing organizations in St. Louis that could use those business skills, and it’s also a great way to show employers that you have that leadership capability.”

UNCOMN has become one of the nation’s fastest-growing businesses and best places to work. They are a five-time recipient of INC 5000’s Fastest Growing Private Companies in America and were the #1 fastest growing company of any kind in the St. Louis region in 2017, as recognized by the St. Louis Business Journal. They have been on the St. Louis Post Dispatch’s Top Workplaces list four years in a row and were also the only St. Louis based company to be named to Glassdoor’s Best Places to Work in 2021 list.

Learn more about the OYMBA
Read about the Valerie A. Davisson Career Resources Center
Apply to the Chaifetz School
©