New research from Brad Carlson, professor and James J. Pierson Chair in Marketing, and two recent alumni of the Chaifetz School’s Ph.D. program in International Business and Marketing, Clark Johnson (CSB, ‘20) and Brittney Bauer (CSB, ‘19), may have important implications for companies engaged in corporate political activities. The study “Constituency building: Determining consumers’ willingness to participate in corporate political activities” was accepted for publication this June and is forthcoming in the International Journal of Research in Marketing.

The study builds on previous constituency building research by identifying factors that impact a consumer’s willingness to engage in activism on behalf of a brand. Further, the study finds evidence of the positive effect such engagement by consumers can have on brand loyalty.

Though the subject of this research affects companies of all sizes, Carlson pointed to a large-scale example to best understand it.

“In 2016, Apple utilized the constituency strategy in a legal battle against the FBI regarding their obligation to assist the FBI in unlocking the suspect's phone,” Carlson said. “Apple’s CEO penned an open letter to consumers encouraging public discussion, and both the CEO and General Counsel made several public statements, which were characterized as ‘marketing ploys’ by the Justice Department.”

Rather than using private meetings through CEOs, attorneys and lobbyists, Apple went directly to the public with this open letter in an attempt to put pressure on lawmakers and FBI officials about the socially-oriented issue. 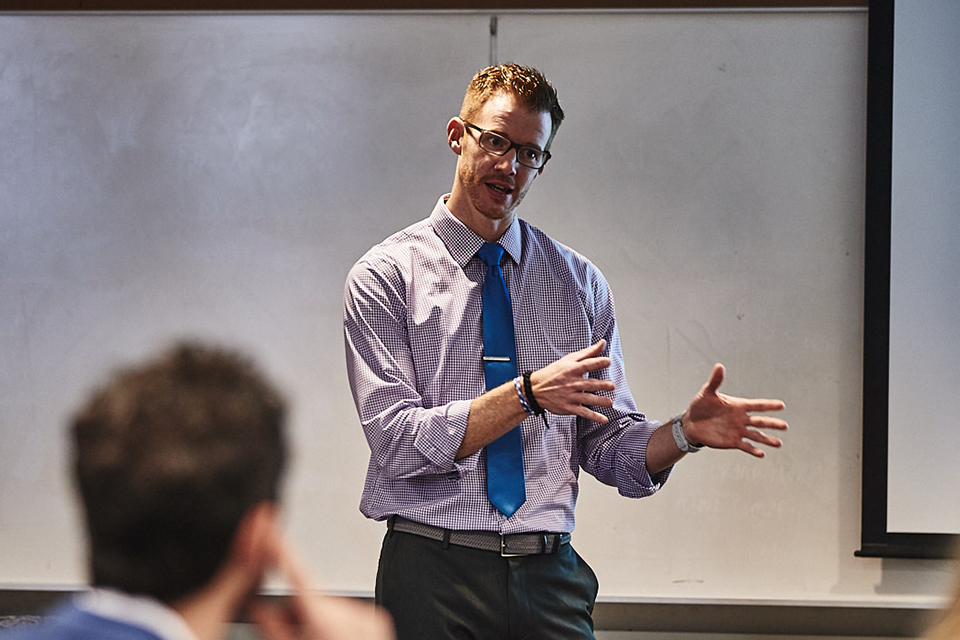 The Conception of an Idea

Around the time of the Apple case in 2016, Johnson and Bauer were enrolled in Carlson’s Seminar in Marketing Theory as part of the Chaifetz School’s Ph.D. in international business and marketing. It was there that the idea for this project first developed.

“In class, I give students the freedom to choose whatever topic they're interested in working on,” Carlson said. “They come up with their own original research idea during the semester, and then they submit a paper that proposes their conceptual idea. They look at research that has been conducted in that area and identify opportunities for new contributions.”

Sometimes ideas are developed, but never pursued, for a number of reasons. In the case of Johnson and Bauer, however, the idea developed into a three-part study published in a top-tier academic journal.

“This is one of those where the idea was really interesting,” Carlson said.

Turning an Idea into Action

In 2016, the political climate was thick with animosity, and Johnson was able to pick up on how political parties and candidates were able to use the consumer to spread their message for them.

“Companies today are always searching for ways to get their consumers more involved with their brand to build stronger relationships and get consumers to advocate on their behalf,” Carlson said.

Johnson’s research idea came from these relationships and the researchers' curiosity in finding out what organizations, companies and brands can do — especially if they align themselves with a particular cause or issue — to motivate their consumers to investigate their issue and advance the message forward.

Over the course of several years, Johnson, Bauer and Carlson’s research led them through a variety of methods, from interviews to surveys. Regardless of the methods they employed, they all agreed that the Chaifetz School of Business’ Behavioral Lab was a priceless asset.

“As we went through four rounds of revisions, a couple times we were asked to answer some questions that we couldn't with our current data,” Carlson said. “So we had to design new studies and collect more data, and the behavioral lab is what allowed us to do that in a timely, effective way.”

Though it was the researchers' hard work and innovative thinking that earned them their published study, Johnson also credits the Chaifetz School’s doctoral program for nurturing his creative ideas.

“The doctoral program at SLU is very interdisciplinary, and this facilitated my research at the intersection of marketing and public relations,” Johnson said. “I was able to learn from sociologists and psychologists, as well as my marketing and international business professors, and this broadened the relevance of our paper.”

Learn More About the Ph.D. in International Business and Marketing