The Saint Louis University Department of Athletics held the 2022 SLUSPY Awards ceremony on May 4, and a number of students from the Richard A. Chaifetz School of Business were honored at the event.

The annual celebration, which is organized by SLU’s Student-Athlete Advisory Committee (SAAC), recognizes student-athletes “who excelled this past year in the department's strategic objectives of education, competition and building community.” 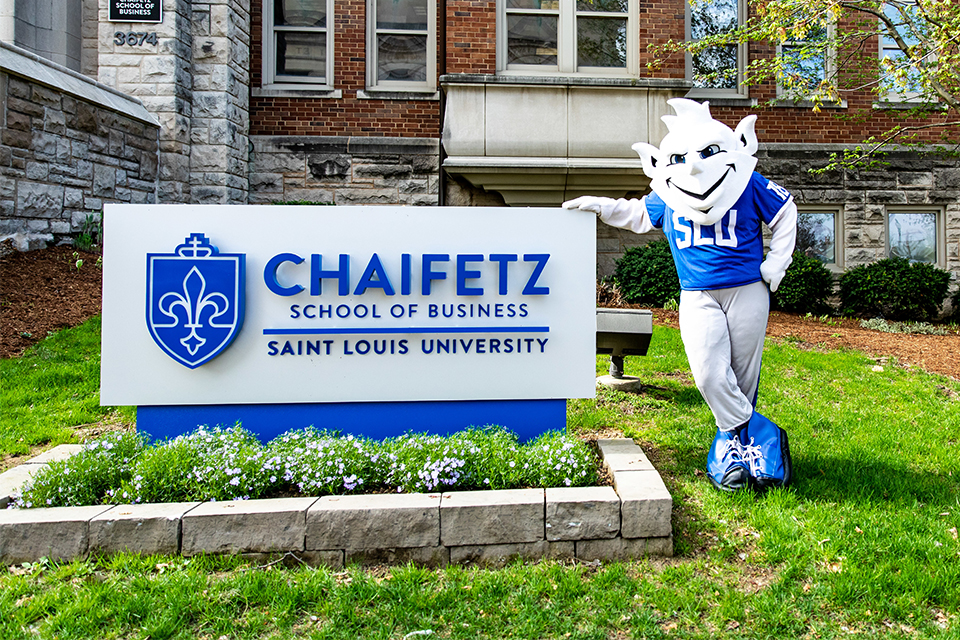 Several student-athletes at the Chaifetz School were honored at the 2022 SLUSPY awards, which honor Saint Louis University student athletes for their achievements in the classroom and on the playing field over the past academic year.

Samuel Polk (Entrepreneurship) and Cameron Tucker (Economics) received the department’s Top Male and Female Academic Performance awards, respectively. These awards are given to junior or senior student-athletes with the highest GPA with at least four semesters completed, as determined by Billiken Student-Athlete Academic Support Services.

Kyle Fitzgerald (Economics) and Kristi Stevenson (Finance/Accounting) received the department’s Outstanding Male and Female Strength & Conditioning Student-Athlete awards, respectively. The winners of these awards are selected by the Sports Performance staff and given to student-athletes who “exemplify the highest levels of achievement in aspects of leadership.”

Franklin Liu (Economics) received the Billiken of Distinction “Step UP!” Award, which is given to a student-athlete who “embodies the goals of the Step UP! Program – raises awareness of helping behaviors; increases motivation to help others; develops skills and confidence when responding to problems or concerns; and ensures the safety of self and others.”

Jason Ruka (Finance/Sports Business) received the Billiken Spirit Award, which is given to a student-athlete who always employs a positive attitude at games or matches and always uplifts their teammates, not only at their own games, but at the games of other student-athletes as well.

Additionally, several Chaifetz School students were named Team MVP for their respective sport. These students, nominated by their coaching staffs, are said to "embody the mission of SLU Athletics through education, competition and community involvement.

The Chaifetz School would like to congratulate all of these student-athletes for their remarkable academic and athletic accomplishments over the past year.