After an extensive search, the Chaifetz School of Business at Saint Louis University has appointed Chalana Scales-Ferguson, J.D., as its first director of diversity, equity, inclusion and belonging. The new role was created to spearhead strategy and initiatives within the School to foster an environment of acceptance for people of all backgrounds and perspectives. Scales-Ferguson assumes the position April 18 and will report directly to Edward Jones Dean Barnali Gupta.

“As we have focused on inclusion as one of three strategic priorities at the Chaifetz School over the last year, I have been encouraged by progress we have already made,” said Gupta. “With a new director of diversity, equity, inclusion and belonging to lead this critical work, I look forward to even greater impact in the months and years ahead as we create a truly inclusive environment at the Chaifetz School.” 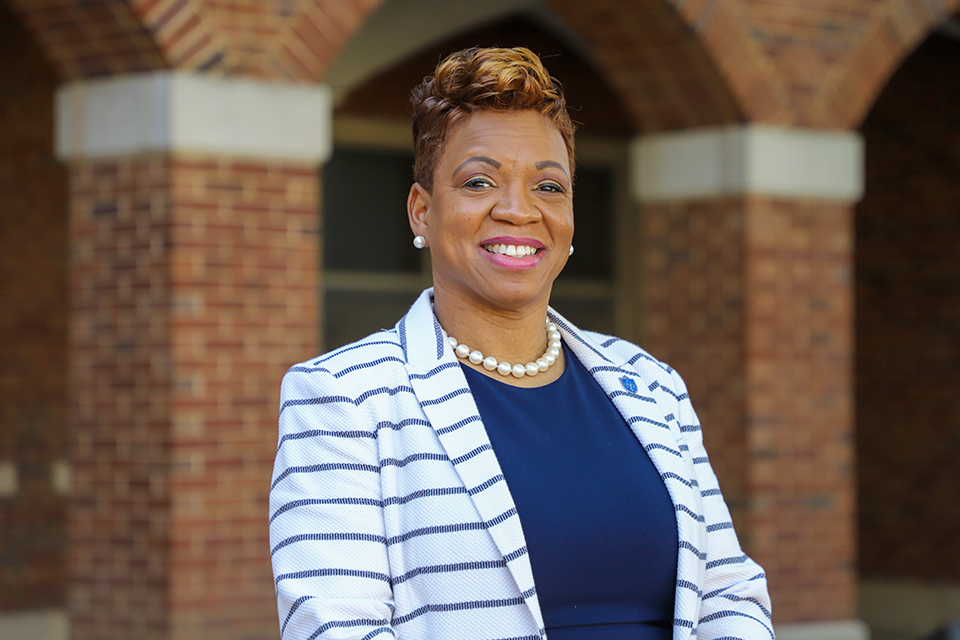 Chalana Scales-Ferguson, J.D. has been appointed to serve as the Chaifetz School's first director of diversity, equity, inclusion and belonging.

In the role, Scales-Ferguson will execute intentional and meaningful DEIB events and programming for internal and external stakeholders that focus on well-being, resiliency, professionalism and personal and social development. She will provide training and marshal resources to develop content that creates a sense of belonging inside and outside of the classroom. As the School’s director of DEIB, she will also support faculty recruitment, represent the School in University DEIB initiatives and collaborate with both the Chaifetz School Diversity Committee and the University’s Office of Diversity, Innovation and Community Engagement (DICE).

“I am honored and excited to join the Chaifetz School of Business as we forge ahead to meet the strategic priorities of inclusion, innovation and impact,” said Scales-Ferguson. “I look forward to partnering with internal and external stakeholders to enhance the student, alumni, faculty and staff experience within the School so that the leaders we educate will ultimately contribute to a workforce where individuals are afforded access and opportunities in spaces where they may thrive.”

Scales-Ferguson joins the Chaifetz School from the University of Missouri School of Law where she previously served as director of academic success. In the role, she was known for her tireless efforts to advance student belonging, being recognized by the MU Women’s Law Association with the Carey Mae Carroll Award in 2020 for her “extraordinary efforts in finding ways to help folks succeed and her intersectional approach that ensures that no student is left behind.” She was also recognized by the MU Staff Advisory Council with the MU Inclusive Excellence Award in 2021.

As an alum of Saint Louis University’s School of Law, Scales-Ferguson brings a deep appreciation for the institution and its Jesuit mission to the role. Her involvement in the St. Louis community and tenure in higher education position her to make an immediate impact as the Chaifetz School’s first director of diversity, equity, inclusion and belonging.

“We are thrilled to have Chalana’s extensive experience, deep community connections and incredible perspective spearhead our DEIB efforts at the School,” said Gupta. “Under her direction, the Chaifetz School of Business will be a national leader - in commitment and action - to advance equity and inclusion.”

The Chaifetz School community has Scales-Ferguson excited for the work ahead in her new role.

“I am inspired by the enthusiasm and commitment displayed by Dean Gupta and the Chaifetz and Saint Louis University colleagues I have already met,” said Scales-Ferguson, “And I am ready to work in an environment where energy, dedication and resources are committed to this critical and impactful work.”