Emma Alexander, a junior at Saint Louis University, is spending her time abroad not only enjoying the sights and sounds of Belgium, but also working as an intern for the European Cooperative for Rural Development (EUCORD).

Alexander, an economics and political science major, made the decision to take economics courses daily early in her academic career at SLU.

“At first I was just interested in political science, but then I decided I wanted to double major,” Alexander said “I always thought economics was interesting but I didn’t have any experience with it.

“My advisor placed me in a Principle of Economics class, and by the end of my freshman year I declared economics as my second major.” 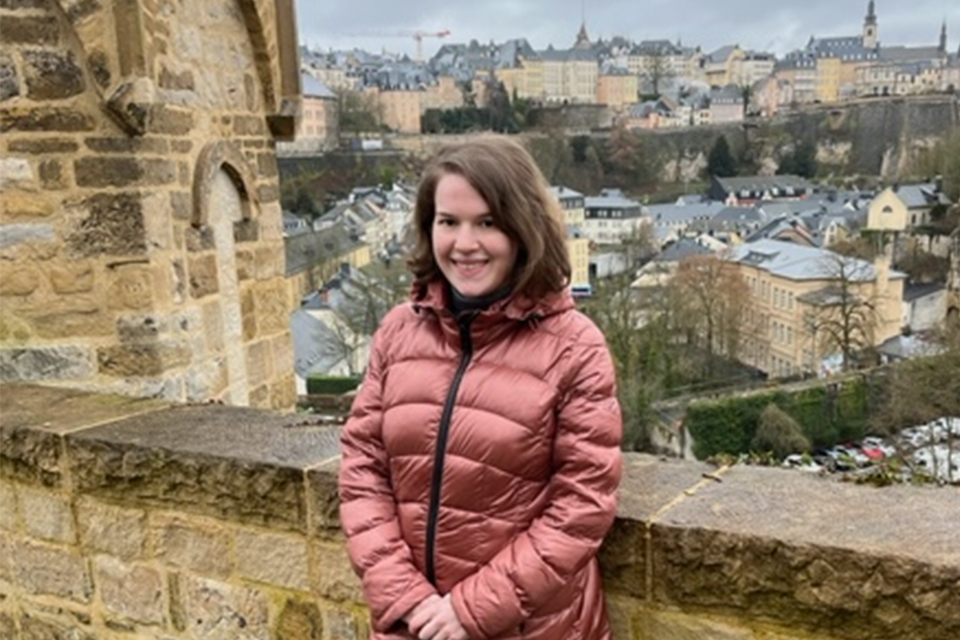 Emma Alexander, a junior at Saint Louis University studying Economics and Political Science, is interning with the European Cooperative for Rural Development (EUCORD).

Alexander feels that her education has aptly prepared her to be a contributing member of the EUCORD team. She specifically cites that it was her economics classes that afforded a holistic view of supply and demand in other countries.

“Without my economics major, I wouldn’t have as much of a good grasp on the markets and the economy, especially regarding fiscal policies,” Alexander said.

While her education prepared Alexander for her current internship at EUCORD, the process of actually obtaining the position was considerably hectic. The support she received from faculty really helped her during the short timeline she was given.

“We didn’t really get a notice that we had to apply for the internship until a week before,” Alexander said. “I remember thinking ‘okay, great now I have to ask a professor for a recommendation that’s due in less than a week.’”

Alexander has taken courses with Dr. Ahasan before and has always felt like he goes the extra step to help his students.

“He helped me apply for internships and he’s just an amazing person. He’s one of those professors that you can just tell actually cares about his students as people.” Alexander said.

The diverse course selection offered through the economics department allowed Alexander to truly realize just how important her economics education is for working with EUCORD. Alexander felt a special connection to a class pertaining to economic development. The course combined real-world knowledge with market expertise.

“I couldn't imagine doing this internship without taking a class like economic development,” Alexander said.

Alexander’s day-to-day activities at EUCORD vary greatly, but the biggest project at play right now is one regarding sunflower oil and its importance in Rwanda, Africa.

“It’s a lot of very specific research on sunflower production in Africa,” Alexander explained. She also helps keep the website updated and creates content for the EUCORD social media accounts.

Studying abroad is a rare opportunity, but getting to intern for an important nonprofit organization while abroad is even rarer. Emma Alexander is doing both and using her passion for economics and political science to improve farming methods in developing countries at EUCORD.