Jintong Tang, Mary Louise Murray Endowed Professor of Management at the Chaifetz School of Business, has published new research in the Journal of Business Venturing focusing on linguistic time reference as an institutional factor on new business ventures.

The research, which was published in the journal’s September 2021 issue, proposes that institutions with strong future-time reference languages and cultures with short-term orientation are more likely to cultivate innovative new venture creation in the world of business.

Dr. Tang has published almost 70 papers on a variety of topics in her academic career, but says this one was special to her. 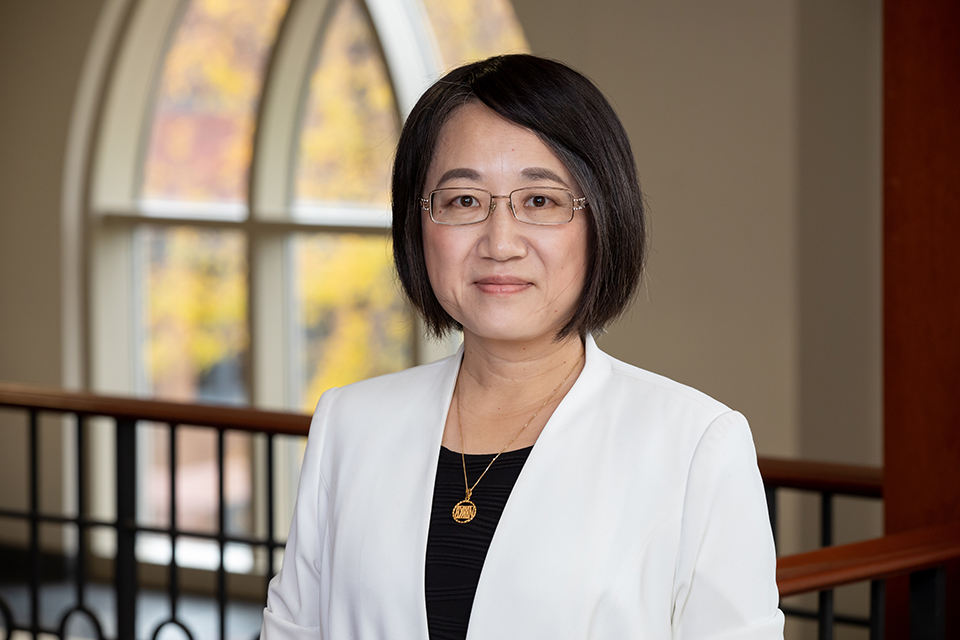 Jintong Tang, Mary Louise Murray Endowed Professor of Management at the Chaifetz School of Business, has published new research in the Journal of Business Venturing focusing on linguistic time reference as an institutional factor on new business ventures.

Dr. Tang was born in China and grew up in a time when foreign language media was not allowed to be broadcast inside the country. But Tang’s father, a civil engineer, found a creative way to teach himself English.

“Somehow, he was able to tune his radio to English channels like BBC or Voice of America,” Tang said. “He was really interested in learning a foreign language, and that’s how he was able to teach himself English.”

Tang began learning English from her father when she was only three years old and was proficient in the language by the time she started middle school. At that point, Tang says she began thinking in two different languages and realized how much language influences human behaviors and decisions.

Innovation and entrepreneurship intrigued Tang from the moment she began her Ph.D. program. She was interested in how languages that people speak could impact the innovativeness of their new business ventures. Tang cited English as a strong future-time reference language, because it requires the speaker to distinguish between past and future events as opposed to languages such as Mandarin and Cantonese.

“We used data from more than 40,000 observations across 42 countries,” Tang said. We found that people who speak languages with strong future-time references such as English, Spanish and Russian are more likely to create innovative new ventures, or the ventures they create are more innovative than imitative.”

In addition to their linguistic studies, Tang and her co-authors also examined the impact of short and long-term cultural values on these ventures. They found that countries with short-term orientation are more likely to generate innovative new ventures, because innovation requires a considerable amount of risk and uncertainty.

“Cultures like China or many East Asian countries tend to be more long-term oriented. They focus on the future,” Tang said. “One indication would be that people would rather save money than spend it, so people would tend to have more money in the bank than they would spend with credit cards.”

A Debt of Gratitude

The Journal of Business Venturing is ranked as the premier journal for entrepreneurship research and fourth overall among business journals according to Journal Citation Reports. Tang hopes that her research serves as an example to junior faculty that publishing research in a rigorous journal does not have to be a painful experience if the research is something they care about deeply.

Tang credits her co-authors, two of whom are based in China, for helping conduct this study over several years, as well as Saint Louis University and the Chaifetz School of Business for helping provide her with the resources to make this research possible. Most of all, she thinks back to her cultural values and lessons of resilience learned from her father.

“I consider this to be the paper I wrote with my heart and soul,” Tang said. “I was really lucky to be able to produce research that was not only impactful, but that I was truly passionate about and strongly believe in.”

About the richard a. chaifetz school of business