Lindsey Teague, a recent graduate of the One-Year MBA program at the Richard A. Chaifetz School of Business, was searching for the right educational opportunity that would allow her to learn about business and make herself more marketable.

After experiencing early success as an entrepreneur, Teague decided to go back to school. She chose Saint Louis University because of its rigor and adaptability as a one-year program.

“I was doing a full-time career and needed something a little bit faster than the traditional school year so that was the best fit for me,” Teague said. “[The One-Year MBA program] is a very heavy data analytics program, which was challenging but taught me a lot about the aspects of business and what I wanted to focus on." 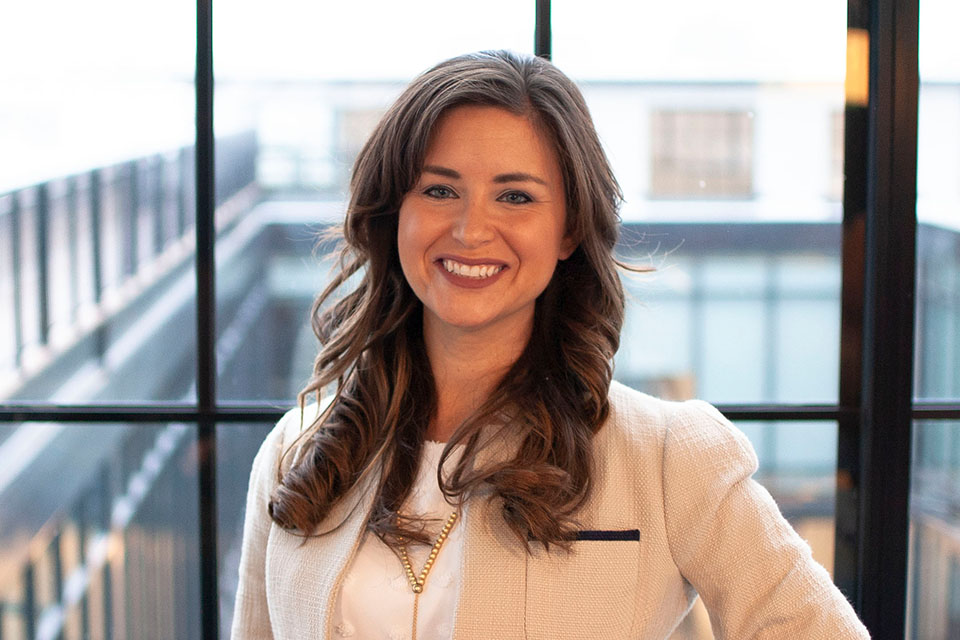 Lindsey Teague, a 2022 graduate of the Chaifetz School's One-Year MBA program, is now working full-time as an art director with Nestle Purina.

The program also offers a variety of networking opportunities, including a team-based data analytics practicum in which students work with local corporations or non-profit organizations. Teague worked with Nestle Purina during her practicum and used eye-tracking technology to analyze consumers’ online shopping experience.

“I got to transition my practicum into a networking opportunity. Nestle Purina has so many different industries within itself and so it was really helpful to see those in the practicum,” Teague said. “It’s also really great because it offers real experiences for those who may not have had that before.”

Beyond her practicum, Teague was also able to utilize numerous creative outlets during her time at the Chaifetz School, working as a creative designer for the Emerson Leadership Institute.

“The people at the Emerson Leadership Institute are amazing and super helpful, not only for incredible inspiration but also to help push you within your career,” Teague said.

The internship and network opportunities, along with Teague’s determination and innovation, earned her a permanent position with Nestle Purina. She works as an art director and feels the One-Year MBA program provided her with a level of working professional knowledge she uses every day.

“The tools that I use mostly are from the practicum: presentation skills and talking with the executive team and our clients within the company. Just overall professionalism,” Teague says.

After setting out to earn an education that would allow her to be more marketable, Teague has done just that.

“I would highly recommend the program because not only is it going to push you further in your career, it's very cost and time effective,” Teague said.