Since graduating in May, recent Chaifetz School of Business alumnus Henry Matus has turned his attention full-time to Bark n Sniff, LLC as CEO for the startup. The pet nutritional supplement company he developed as an undergraduate at Saint Louis University officially launched July 1. Matus, the Chaifetz School's 2021 Outstanding Senior in Entrepreneurship and former Executive VP of the SLU Entrepreneurs’ Club, says entrepreneurship has always come natural to him. 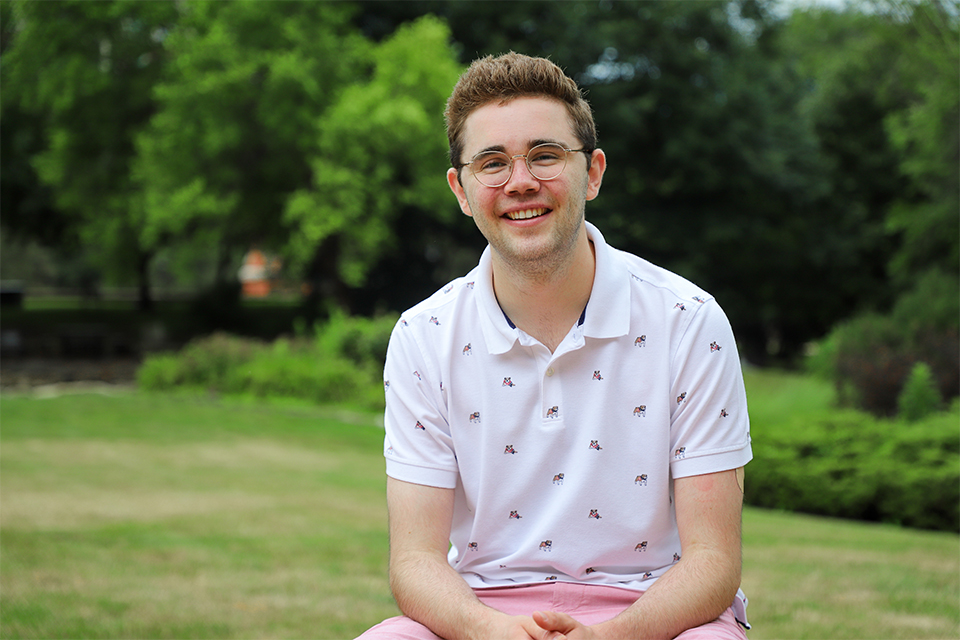 The Birth of a Startup

Since his toddler days of running lemonade stands to his middle school years of sketching invention ideas, he’s always carried the entrepreneurial spirit with him. It wasn’t until attending Saint Louis University High, however, that he conceived the idea for Bark n Sniff. Matus was diagnosed with brain cancer for the first time his senior year of high school and was forced to stay in the hospital for over three weeks.

He attributed this time and his unending curiosity to his business idea. “I’m constantly and indirectly trying to find problems and find solutions to those problems,” Matus said. “One of them was that I saw a headline talking about the rising disease rates in dogs, and that immediately sparked interest in me.” 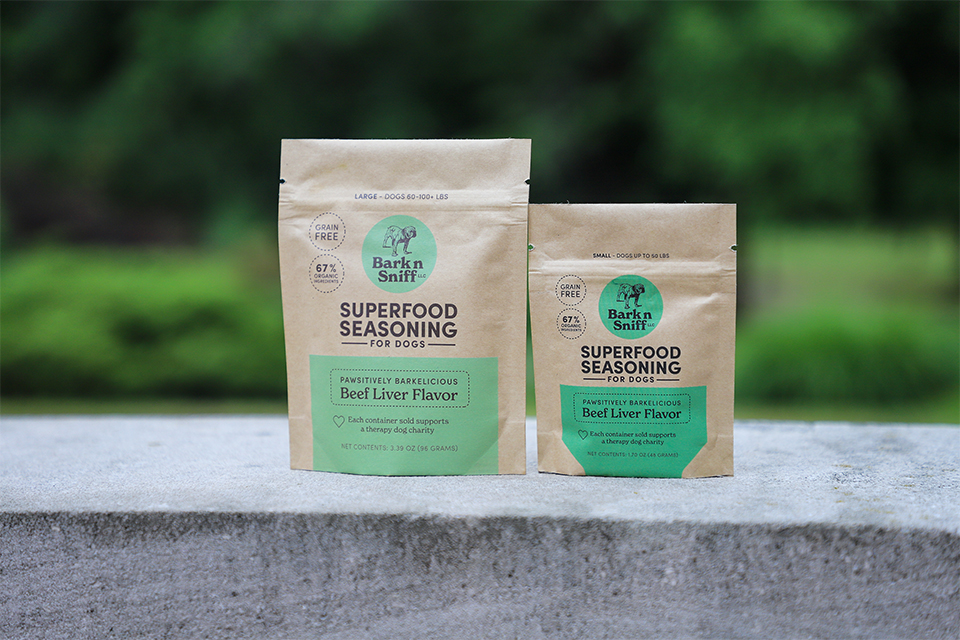 That set off a firestorm in him, and his research led him to find out through the Texas ASPCA that roughly 50 percent of dogs over the age of 10 will die from some form of cancer that is partially attributed to the preservatives, chemicals and pesticides in today’s dry dog foods.

“I wanted to create a pet nutrition brand that provides affordable and accessible nutrition to all dog owners,” Matus said. Bark n Sniff’s flagship product is its Pawsitively Barkelicious Beef Liver Flavor, a superfood seasoning powder that can be mixed in with any dog’s regular food to help combat the existing chemicals in dry dog food. Bark n Sniff offers two unique blends depending on the dog’s weight. Both are available for available now at barknsniffspice.com. A dollar from each unit sold will be donated to a pet organization that is helping to advance the health of canines everywhere.

Building a New Venture in a Supportive Community

Matus credits much of his success to his time at the Chaifetz School of Business, and specifically to his time in the Chaifetz Center for Entrepreneurship Center where he served as an intern. “It’s where I spent most of my time either studying or hanging out because it felt like a house within our SLU house where people could hang out, spit ideas off of each other and just help each other out. Because we wanted to see their business succeed as much as we wanted to see our own business succeed.”

The Chaifetz School is also where Matus met  business partner, John Lewis. Since bringing on the senior marketing student as a partial equity partner and Chief Marketing Officer, Matus says Lewis has exponentially grown engagement with Bark n Sniff's social media accounts and been instrumental in construction and optimization of the  company website and e-commerce platform.

Matus is excited to be grounding the roots of Bark n Sniff in St. Louis, which he believes to have both an incredible dog and startup culture, in hopes to strengthen and expand his company. In his time in the SLU Entrepreneurs' Club he focused on sending out the message that anybody with a pulse could be an entrepreneur, he says that “it just requires the drive, passion, grit and foresight to see the impact you can make with that idea.”