Professor Brietta Clark launched this fall’s Distinguished Speaker Series with a lecture on Dobbs v. Jackson and how the uncertainty that surrounds its interpretation and application has threatened health equity. SLU LAW students may recognize her name as a co-author of the Health Care Law class casebook.

Professor Clark, Professor of Law and J. Rex Dribble Fellow at Loyola Marymount University Law School and affiliate at the Bioethics Institute, is an expert on health care law and inequality. Her research focuses on law and government regulators and the role they play in equitable access to healthcare. 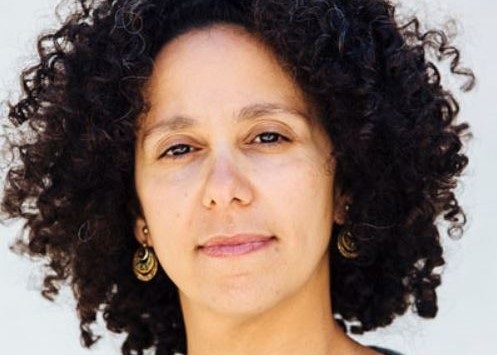 Professor Clark began her lecture with a summary of what is certain about the Supreme Court’s most-discussed opinion from the 2022 term. Dobbs v. Jackson Women’s Health Organization removed a protected federal right to abortion. In overturning 50 years of precedents (Roe v. Wade and Casey v. Planned Parenthood), the Dobbs decision has led to “overwhelming and dramatic and fast-moving and unpredictable” changes. Even with the forewarning afforded by the unprecedented opinion leak in May, uncertainty and confusion have had immense effects on people’s health. The Dobbs decision affects people with nonviable pregnancies and people who aren’t even pregnant; affects providers, regardless of their state’s laws on abortion, through a lack of guidance; and affects attorneys trying to figure out their legal duties, balancing advice to protect providers from penalties with the alternative of denying health care.

The majority opinion in Dobbs, however, focused not on these far-reaching consequences but rather on a reinterpretation of the right to liberty found in the 14th Amendment. Roe read an implicit right to privacy from the 14th Amendment’s Due Process Clause; Dobbs held that this interpretation was not rooted in history and therefore not constitutionally sound. The majority held that only those rights understood to be protected liberties at the time of the 14th Amendment’s writing in 1868 could be protected by the Due Process Clause. To support this argument, Justice Alito took dozens of pages to argue that abortion was not understood to be a protected right in 1868 by relying on written historical law and medical texts. Ultimately, Dobbs left States with immense deference in writing their own laws regarding abortion bans, subject to the lowest standard of review, rational basis. In a case ostensibly related to health care, applying rational basis review erases health entirely from the constitutional analysis.

Furthermore, the majority’s redefinition of the right to privacy completely fails to acknowledge that women did not legally exist in 1868. Almost all legal texts used by American lawyers at that time were written by wealthy white men, as were most “mainstream” printed medical treatises. Moreover, advances in civil rights and medical science have completely changed the landscape of American life since 1868 for the better.

Professor Clark then identified four key characteristics of state abortion bans leading to ongoing uncertainty. First, they all restrict the timing of legal abortion to earlier and earlier stages of pregnancy–often before a person knows they are pregnant, and even up to conception. Second, these bans have narrow scopes of exceptions: of states with pre-viability bans, none have general health exceptions, mental health exceptions (including suicide), nor exceptions for lethal fetal anomaly, and only three states have exceptions for rape or incest. Third, they engender uncertainty over who may be targeted by these laws, explicitly including providers but also mentioning “assistants” who “abet” the abortion, possibly including friends and family members who drive a person to care, employers that allow for time off, and insurance companies that reimburse for out-of-state care. Fourth, they apply a severity of punishment unheard of for medical regulation; in almost no other cases does a criminal court supersede the medical licensing board, and criminal penalties like those in abortion bans–from 15 years to life in prison–are entirely unparalleled.

Because of these uncertainties, the consequences of Dobbs on reproductive health have been swift and far-reaching. Nonpregnant patients have been denied medications they have taken for years for arthritis, stomach ulcers, and cancer because they might induce abortion. Patients with nonviable pregnancies, spontaneous but incomplete miscarriage, or ectopic pregnancies have been delayed or even denied care as hospital legal teams decide what action would expose their physicians to the least legal risk–instead of physicians deciding which action would expose their patients to the least medical risk. Even patients with viable pregnancies have faced medical risk: for those with pulmonary hypertension, with a 50% fatality rate, physicians have been advised to ignore their training to intervene as soon as they can and instead take a “wait and see” approach to avoid criminal charges under abortion bans. Not all of these consequences were intended, and indeed, some lawmakers express regret for the traumatic effects these abortion bans have had on their constituents.

Professor Clark closed by noting that the Dobbs decision–despite the majority’s claim otherwise–was not about federalism as much as it was about banning abortion. Abortion bans place greater burdens on those who cannot afford to take off work and travel to another state for medical care. Bans lead to greater punitive effects on those already under state surveillance (parents involved with child protective services, women on parole) who are subject to unwarranted searches. And, in fact, bans don’t necessarily lead to a reduction in abortions.

Abortion bans are not the best way to protect fetal rights: these bans increase risk of harm to patients, prevent effective prenatal care, and lead to worse maternal and infant mortality and morbidity. Rather, reducing abortions can be effected by improving prenatal care, access to contraception, and social supports for women and families. And indeed, there is growing discontent among those who are unexpectedly affected by these bans. Kansas roundly voted against a constitutional ban. Legislators who supported overturning Roe have started to backtrack after hearing from their angry base. Changes to these bans will likely continue to interrupt reproductive health for months–and years–to come.

Professor Clark’s lecture was given in person and via zoom on August 29, 2022, as a part of the Health Law Distinguished Speaker Series hosted by the Center for Health Law Studies at SLU Law. Each academic year, the Center hosts leading scholars and practitioners who shape health law and policy. Students attend keynote lectures in the series and meet with speakers to discuss timely law and policy issues during small group discussions.