On Thursday, May 20, Saint Louis University School of Law held its annual Hooding Ceremony recognizing the 175 graduates of the Class of 2021 (December ’20, May and August ’21) at Chaifetz Arena. 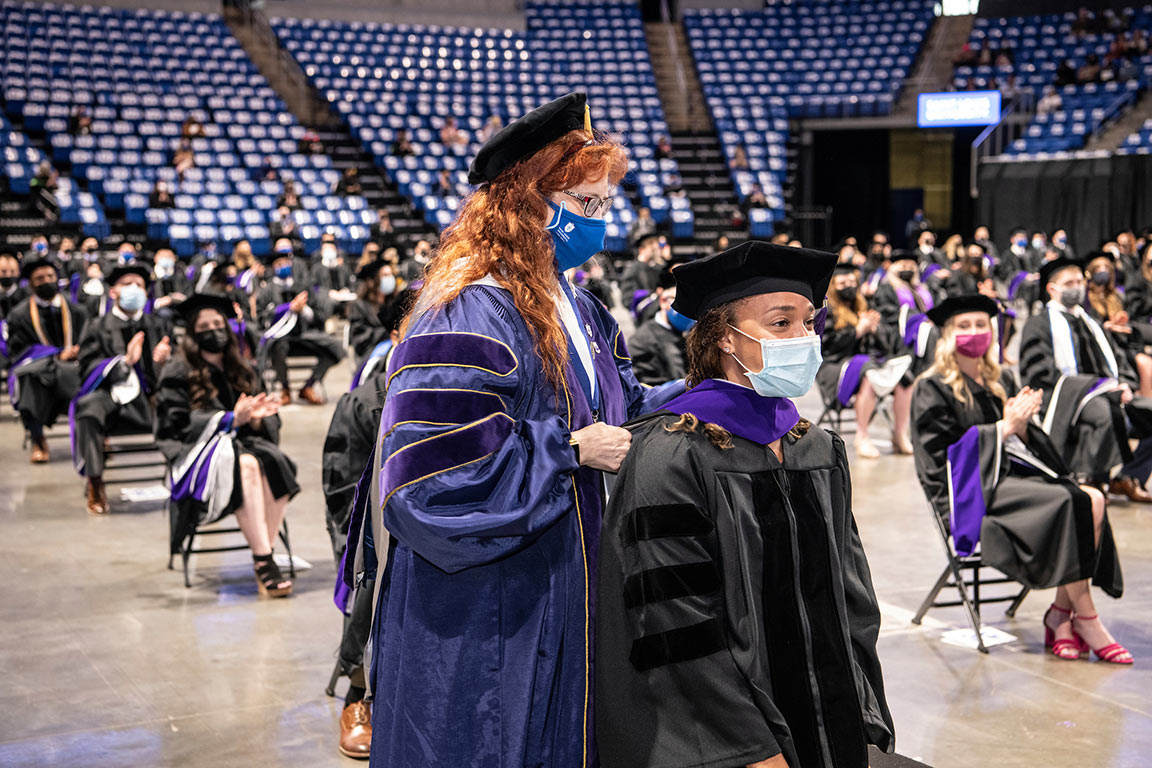 Due to pandemic restrictions, this year’s Hooding Ceremony looked different than usual, with limited guests, masked faces and the graduates hooded on the arena floor rather than onstage, but the celebration was no less exciting.

Mary Pat McInnis (’87), dean of the Office of Career Services, was voted Adjunct Faculty Member of the Year, and gave the ceremony’s invocation and benediction.

In his valedictorian speech, Monahan lauded his classmates for the achievement of graduating from law school during a once-in-a-century pandemic.

“Before entering law school, you were warned about the stress, about the imposter syndrome, about the fact that you would be comparing yourself to and be competing against your classmates. However, no one could have warned you about the biggest obstacle you would face – that you would have to deal with all the other stresses and problems of law school while facing a global pandemic,” he said. “Some of you had to become caretakers for family members. Some of you had to go to class while your children were attending online school in the exact same room. We were all sheltered and unable to be with and study with each other.

“We didn’t give up, and we only worked harder,” he continued. “And we succeeded! We are all still here today, and now we get to put those fancy little letters, the J.D., after our names. … Whenever you face challenges in your life, I hope you take solace in the fact that you were able to graduate law school even with all of this going on around you.” 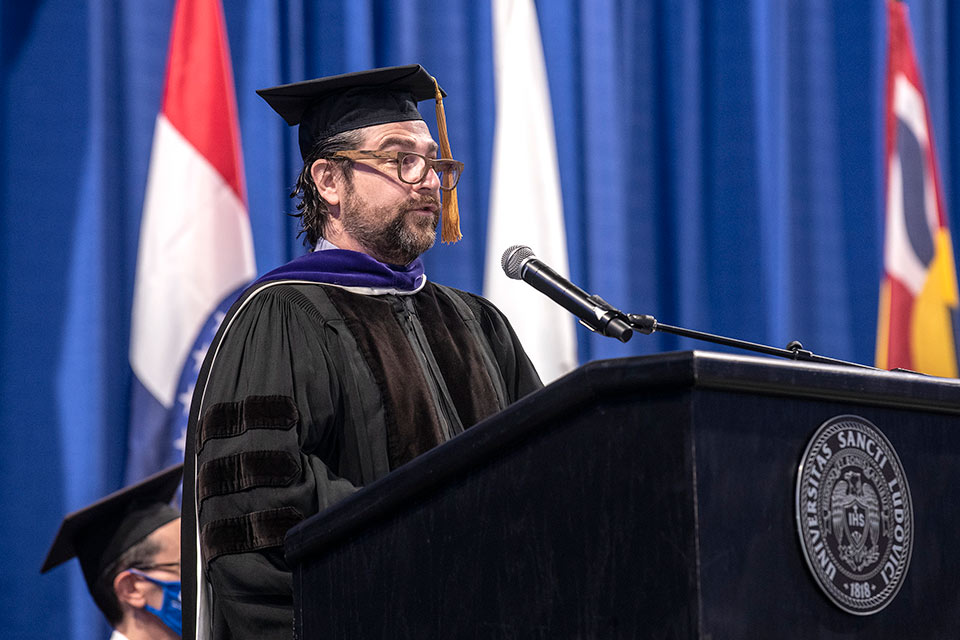 In his graduation address, Gunn invited the class to never stop seeking what it means to be a lawyer.

Your clients’ goals are isolated as something to which your duties are bound, but the humanity available to you in determining the best way to accomplish them is abundant."

“You’ve been hearing for years about the responsibility that comes with being a lawyer, the import that our profession plays in society,” he said. “But the concept of what you do is such a small part of the narrative. How you do it is of far greater significance. Your clients’ goals are isolated as something to which your duties are bound, but the humanity available to you in determining the best way to accomplish them is abundant.

“You will have innumerable opportunities to hone your humanity, as well as what it means to you to be a lawyer,” he continued. “I suggest you allow those concepts to be inextricable from one another: when you work on one, you’re working on the other. I often contemplate the common use of the word ‘counselor’ – and you will hear it a lot – and that word’s close connection with notions of empathy and care. That’s what you are now – counselor. Embrace that title and all of its meanings because you now embody those meanings to everyone you encounter.

“On behalf of the profession, we are very happy to have you.” 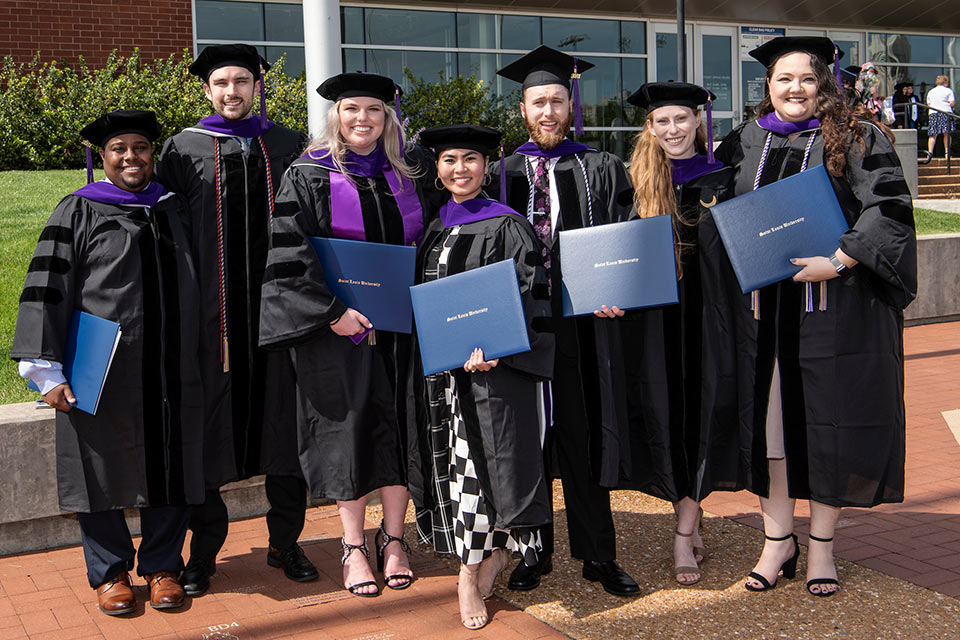 A group of law graduates pose outside Chaifetz Arena with their diplomas. Photo by Steve Dolan

The Class of 2021 joined the rest of the University in celebrating the SLU Commencement Ceremony, which was pre-recorded and published online on Sunday, May 23. The commencement speaker was Alexander Garza, M.D., (GRAD PH ’03),  the incident commander of the St. Louis Metropolitan Pandemic Task Force and chief community health officer of SSM Health.

For the members of the Class of 2020, whose in-person celebrations were canceled due to the outbreak of the pandemic, plans are underway to celebrate in August. Details will be announced as they become official. The University's Commencement for this class is scheduled for Saturday, Aug. 7, 2021.