This year’s topic, “The Business of the Supreme Court: The Evolution and Devolution of the Supreme Court's Docket,” came after a groundbreaking summer in the wake of multiple U.S. Supreme Court decisions. This year’s annual Childress Lecture was delivered by Professor Stephen Vladeck, the Charles Alan Wright Chair in Federal Courts at The University of Texas School of Law and provided both a historical introduction to and a modern reassessment of the shape and size of the Supreme Court’s docket. 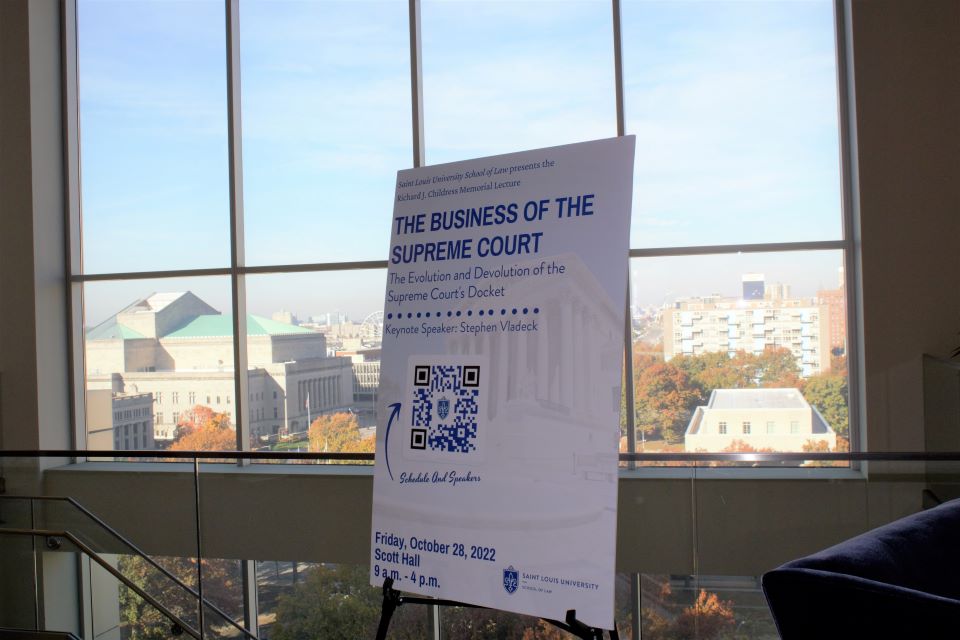 On the lecture topic, Lewison said that they chose to discuss the actions Supreme Court because they wanted to cover something ‘timely and impactful’, where the discussion surrounding the topic could promote education and change. The topic on the future of the Court and the debate on legitimacy is widely examined in the law community, including by our own Prof. Chad Flanders on SLU LAW Summations. This year’s lecture allowed for many legal scholars to come together to address the issue. Professor Vladeck was asked to speak based on his work surrounding the topic, including his forthcoming book, The Shadow Docket: How the Supreme Court Uses Stealth Rulings to Amass Power and Undermine the Republic.

In his keynote address, Professor Vladeck said: “To put the matter simply, if we take a more holistic look at the Court as an institution, we see an even greater legitimacy crisis than the justices have been publicly debating all summer.” He went on to explain that the legitimacy crisis he sees has less sharp of a partisan or ideological balance. “For whatever reason, we have come to see the court as a sum of its larger decisions, and to assume that all of the most important questions about the Court as an institution can be answered.” Professor Vladeck’s lecture ended with how change can be brought forth. “We need a Court. We need an anti-majoritarian, a counter majoritarian body that can stand up to the tyrannies of the majority, perhaps now more than ever. Indeed, in the near future, we may need a legitimate court.” Following the keynote, the Childress lecture featured three additional panels. 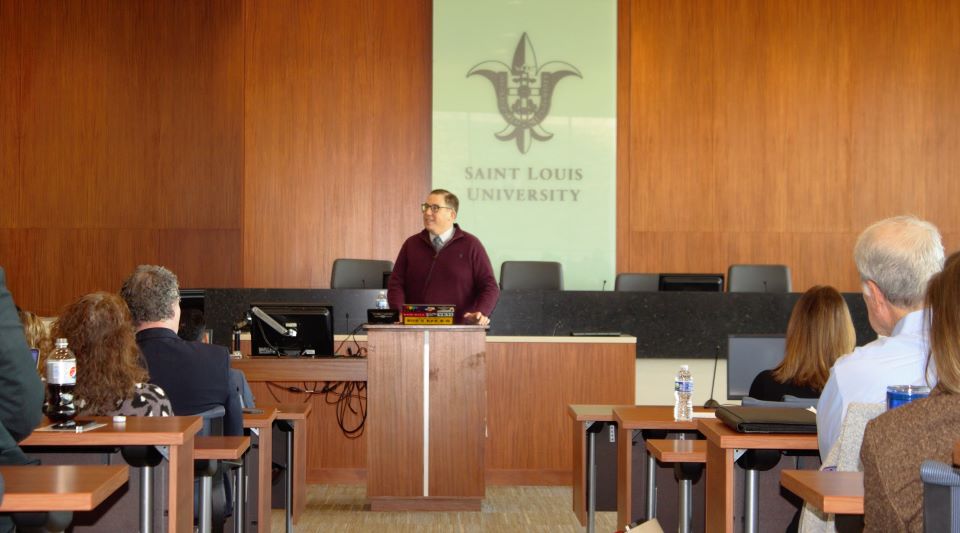 The first panel titled “Intricacies of the Court,” featured Morgan Hazelton (Saint Louis University), Ben Johnson (Penn State University), and Tejas Narechania (University of California – Berkeley). This panel focused on the Court’s current operating procedure, all its problems, and what the future could look like.  On what the future could be, Dr. Hazelton said, “Should we protect the court as is? If we are to make changes what would those be? We need more data, and we need more transparency about the Court.”

The final panel , titled “Covering the Court,” included Ariane de Vogue (CNN), Amy Howe (Scotusblog), and Kate Shaw (Cardozo & ABC News). This panel focused on the relationship with media and the Court, as with their role in making information accessible. As highlighted by de Vogue during the panel: “Right here you are seeing a panel of people that have really made this much more digestible for the majority of people.”

The Childress Lecture is named in honor of former Dean Richard J. Childress, who held the position from 1969 to 1979, to commemorate and honor his contributions to the law school.