In 2013, MOCRA celebrated its twentieth anniversary, a perfect time to talk with people who have been affiliated with the museum over the years: those who had a hand in MOCRA’s genesis, artists who have participated in exhibitions at MOCRA, and other participants in the broader dialogue between contemporary art and religion and spirituality. With "MOCRA Memories" we bring you these conversations and reflections. 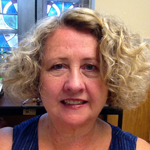 Dr. Cynthia Stollhans joined the faculty of Saint Louis University in 1986 and has been teaching a variety of courses in Italian Renaissance and Ancient Art. In 2014 she published Saint Catherine of Alexandria in Renaissance Roman Art: Case Studies in Patronage. Cindy’s current research topic is on courtesans and mistresses as art patrons in Renaissance Rome. An essay on the courtesan Fiammetta will appear in Katherine McIver and Cynthia Stollhans, Patronage, Gender and the Arts in Early Modern Italy: Essays in Honor of Carolyn Valone (2015).

Read more about the opening of MOCRA in this MOCRA blog post. A native of Chicago, sculptor Thomas Skomski has exhibited nationally in cities including Chicago, New York, San Francisco, Los Angeles, and St. Louis, and his international showings include the Grand Palais in Paris and the National Museum of Modern Art in Tokyo. He has taught at a number of institutions, including The School of the Art Institute of Chicago, Notre Dame University, and DePaul University. He has been the recipient of numerous grants and awards, including a commission for the Chicago Transit Authority's Rockwell station, titled "Hidden Movers."

Skomski infuses his work with his Buddhist understanding of life and describes his artistic process as an effort to use industrial materials to create works that reveal a deeper reality and the richness of mystery. His large sculpture titled Pietà , included as part of the MOCRA exhibition Post-Minimalism and the Spiritual: Four Chicago Artists, has been a prominent presence in MOCRA's balcony gallery for over twenty years.

Pamela Ambrose was involved with the New Museum of Contemporary Art in New York in its formative years in the 1980s, implementing special events and collector's programs. She also served as director of two prominent New York galleries: the Monique Knowlton Gallery and the Rose Esman Gallery. Ambrose was the Executive Director of the Samuel Cupples House at Saint Louis University from 1996 to 2004. She has served since 2005 as Director of Cultural Affairs at Loyola University in Chicago and the Founding Director of the Loyola University Museum of Art (LUMA).

Listen to a MOCRA Voices interview with Ambrose and former Museum of Biblical Art Director Ena Heller. Ambrose also participated in a 2009 panel discussion at MOCRA titled "Art and the Religious Imagination." Watch her presentation here. 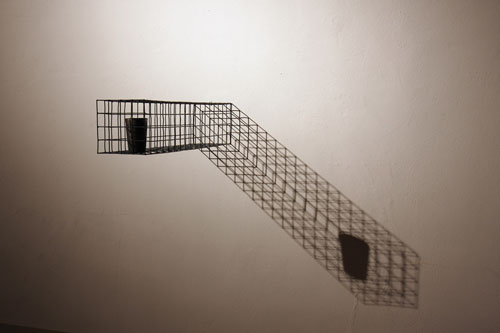 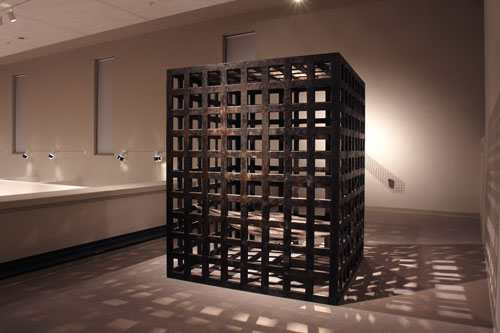 As a subject in art, "Pietà" refers to a (most often sculptural) depiction of the Virgin Mary cradling the dead body of Jesus. Read more in this Wikipedia entry. Susan Schwalb , an artist based in Massachusetts, has played a leading role in the American revival of the ancient technique of silverpoint drawing. With over 35 solo exhibitions nationally and internationally, her work is represented in such prestigious collections as the Museum of Modern Art, New York; The Metropolitan Museum of Art, New York; the National Gallery of Art, Washington DC; The British Museum, London; Victoria and Albert Museum, London; and the Ashmolean Museum, Oxford, England.

Her current drawings juxtapose a wide variety of metals (silver, gold, brass, copper, platinum, pewter, bronze and aluminum) to obtain soft shifts in tone and color. Horizontal bands evoke an atmosphere of serenity, and the shimmer of light on the surface, created by the metals, is quite unlike any of the usual effects of metalpoint. Several of her works were included in MOCRA's inaugural exhibition, Sanctuaries: Recovering the Holy in Contemporary Art, and are found in MOCRA's collection. Eleanor Dickinson is Professor Emerita at the California College of the Arts. An outstanding figural artist, her work has been exhibited nationally and internationally, and is found in collections including the San Francisco Museum of Modern Art (SFMOMA), The National Museum of American Art, The Corcoran Gallery of Art, The Library of Congress, The Oakland Museum, and MOCRA. Among the honors she has received is a 2003 "Lifetime Achievement Award" award from the National Women's Caucus for Art.

Dickinson's subject is the human form in all of its strength, joy, and vulnerability, which she renders in a dramatic style reminiscent of Italian Baroque artist Caravaggio. Some of her most evocative work are images of contemporary people from all walks of life posed in the form of the crucifixion. A number of these works, rendered with colored pastel on black velvet, were exhibited in MOCRA's inaugural exhibition, Sanctuaries: Recovering the Holy in Contemporary Art, as well as in a retrospective solo exhibition at MOCRA in 1995. Of this series, art historian Peter Selz wrote in Art in America, "In these poignant, self-contained images, Dickinson has managed to universalize individual distress and hope: in Wittgenstein's words, 'the human body is the best image of the human soul.'" Wilson Yates is President Emeritus of United Theological Seminary of the Twin Cities and founding Editor of the journal ARTS (The Arts in Religious and Theological Studies). Yates is one of the key educational figures in the dialogue between the arts and the religious dimension, and in 2015 became the head of MOCRA's National Board of Advisors.

Yates is the author of Arts in Theological Education: New Possibilities for Integration, co-editor of Theological Reflections on the Grotesque in Art and Religion and The Arts,Theology and the Church, along with numerous articles on the dialogue between art and religion.