In this lecture given on November 15, 2014, art historian and theologian John Handley sheds light on a scarcely known aspect of the career of the renowned twentieth-century artist Pablo Picasso: his religious beliefs and his incorporation of religious imagery in his art throughout his career. The talk is based on the book, The Religious Art of Pablo Picasso, which Handley co-authored with eminent art historian Dr. Jane Daggett Dillenberger.

The lecture includes an examination of several topics, including: 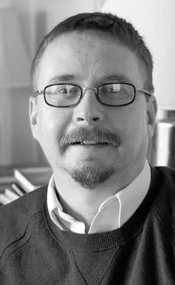 Originally from the Northwest, John Handley earned his undergraduate degree in Art and Art History from Western Washington University. After moving to the Bay Area, he went to earn a graduate degree in Museum Studies from John F. Kennedy University, and a second masters degree in Theology from San Francisco Theological Seminary, before completing his doctorate in Art and Religion from the Graduate Theological Union, Berkeley. His dissertation is on American sculptor Stephen De Staebler.

Handley has worked for many years in museums and galleries, including the Judah L. Magnes Museum in Berkeley, the Museum of Vision, San Francisco, and the Meridian Gallery, also in San Francisco. He is currently the director of the art galleries at Stephen F. Austin State University, in east Texas, where he also teaches part-time. His most recent work includes co-authoring the book, The Religious Art of Pablo Picasso (University of California Press), along with eminent art historian Jane Daggett Dillenberger. Dillenberger is featured in MOCRA Voices, Episode 6 and Episode 14.