The Hand Acts Out a Joyous Dance: Celebrating the Art of Bernard Maisner

A master calligrapher and manuscript illuminator, artist Bernard Maisner brings together materials and design in unexpected ways. From tiny illuminated manuscripts to large-scale paintings reminiscent of ancient mosaics, he achieves a vibrant compositional and scribal expression rooted in the past but conveyed with a fresh contemporary visual vocabulary.

In this program, presented on April 2, 2017, and coinciding with the closing day of the exhibition Bernard Maisner: The Hourglass and the Spiral, Maisner reflected on his work, discussing his sources, techniques, and inspirations. He was joined by Susan L'Engle, a noted scholar of medieval manuscripts, and Ken Botnick, a highly regarded printer, publisher and book maker. MOCRA Director Terrence Dempsey, SJ, moderated the conversation.

They were joined by special guest Helen Du Bois. Together with her late husband, Peter, she has been a major collector of Maisner’s work. Six large-scale Maisner paintings, donated by Helen in honor of Peter, formed the centerpiece of The Hourglass and the Spiral.

Bernard Maisner: The Hourglass and the Spiral 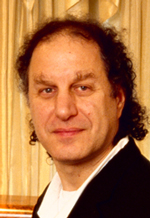 Bernard Maisner
Bernard Maisner (b.1954) is regarded internationally as one of the greatest contemporary masters of calligraphy. Maisner first became familiar with illuminated manuscripts during his studies at The Cooper Union in New York. He went on to teach Medieval and Renaissance manuscript illumination methods and techniques and was a guest lecturer and researcher at such prominent institutions as the Bibliothèque Nationale in Paris, the Cloisters Museum of the Metropolitan Museum of Art, the Getty Museum in Malibu, California, and the Morgan Library and Museum. His work is represented in some of this country's most prestigious private and public collections, including the Morgan Library and Museum and the Philadelphia Museum of Art. More recently Maisner has made a foray into social calligraphy, creating elaborately embellished styles of writing for clients including Oprah Winfrey, Alicia Keys, and Sir Elton John. He is also on-call for Hollywood; his hands have played Johnny Depp in Sleepy Hollow, Daniel Day Lewis in Age of Innocence and Sean Connery in Finding Forrester. 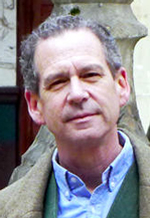 Ken Botnick
Ken Botnick has been designing, printing and publishing books for over 35 years, in limited editions published by his own presses, and for leading publishers such as Yale University Press and Princeton Architectural Press. The archive of his co-proprietorship, Red Ozier Press, is part of the permanent collection of The New York Public Library. Under the imprint emdash, Botnick continues production of artists books in St Louis. His work is found in collections around the world, including the Library of Congress, The Getty Center for Humanities, the Boston Athenaeum, The Bodleian Library, The Newberry Library, The National Library of the Netherlands in the Hague, the Yale Arts of the Book Collection, libraries at Smith, Harvard, Wellesley and notable private collections. His book, “Kamini, selections from the Gitagovinda”, published in Sanskrit and English, was selected by the American Institute of Graphic Arts for its “50 Books/50 Covers, 2007” annual juried show, and his 2015 publication, Diderot Project, was selected as the winner of the Minnesota Center for the Book Arts International Biennial Prize. Botnick was the recipient of a Fulbright Fellowship in 2006 to support his residency at the National Institute of Design in Ahmedabad, India. He is Professor of Art at Washington University in St Louis where he directs the Kranzberg Book Studio and teaches courses in publication design. 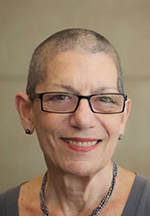 Susan L'Engle
Susan L’Engle (Ph.D. Art History, Institute of Fine Arts, New York University) is an art historian and manuscript scholar, specializing in the codicology and illumination of medieval manuscripts of canon and Roman law. She is currently working on a book that focuses on pedagogical methods in the study of Roman law as evidenced by pictographic reader annotations in their textbooks. Recent publications include articles in Viator, Wolfenbütteler Mittelalter-Studien, and Caritas im Schatten von Sankt Peter, Der Liber Regulae des Hospitals Santo Spirito in Sassia: Eine Prachthandschrift des 14. Jahrhunderts. Based in the Vatican Film Library at Saint Louis University, she co-edits the journal Manuscripta; publishes a quarterly newsletter called Manuscripts on My Mind; plans and organizes the annual Saint Louis Conference on Manuscript Studies, and teaches classes on codicology and manuscript illumination to a variety of student groups.

more about The Vatican Film Library