Leon Bronstein: Between The Fantastic And The Real

Leon Bronstein was born in 1951 in the Russian republic of Moldavia. He grew up in an era of intense state control, a time when artists that embraced Western influences were accused of committing acts of treason. The period between 1953 and 1962, known as Khrushchev’s “thaw,” marks the beginning of nonconformist art in Russia, when artists explored forbidden Western styles and trends. After 1962, despite a return to state controlled art, the punishments the nonconformist artists received were less severe and did not include execution.

In 1979, Bronstein took his family to Israel to escape the oppression and there his life took an unplanned turn when a small figure he carved from a piece of olive wood set a new and prolific career in motion.

The exhibition, "Leon Bronstein: Between the Fantastic and the Real" shows the range and the evolution of Leon Bronstein’s work throughout more than 40-year career as a sculptor. From the humble beginning of carving in olive wood for tourists, to a successful career as an internationally recognized artist that now works with 3D computer modeling to design monumental sculpture for art in public spaces.  The exhibition includes sculptures in olive wood, bronze and aluminum, and drawings that inform the viewer about the process of creating his sculpture.

The exhibition will also include a section focusing on Bronstein’s process of developing and executing the site-specific sculpture All You Need Is Love, which will be installed in the Grand Center Arts District of St. Louis. This section is meant to educate the public on how site-specific public art is conceived, executed, and presented for installation in a public space.

Bronstein's works are in corporate and private collections all around the world, from Argentina to United States, South Africa, Italy, and Japan. The Saint Louis University Museum of Art is proud to present the work of Leon Bronstein, whose work crosses cultural, political, and geographical boundaries.

The exhibition has been made possible thanks in large part to The Winter Family Collection.

The Civil War Imagined and Real 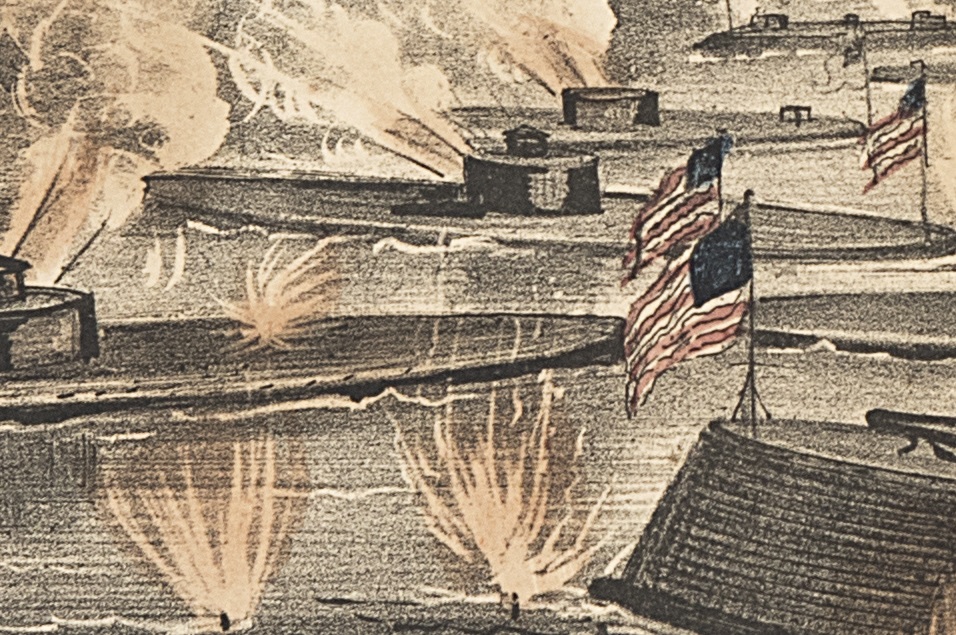 The exhibition is free and open to the public. Please sign in at the circulation desk on the first floor of the library.

Timothy and Jeanne Drone’s recent gift of prints and artifacts serves as the inspiration for "The Civil War Imagined and Real." Their continued support inspires the imagination and enhances the learning of SLU students in a variety of disciplines. The exhibition "The Civil War Imagined and Real," opened on September 28, 2018, will offer a great opportunity for multidisciplinary engagement. Activities such as lectures, tours, community partnerships, and interactive media projects related to the exhibition create opportunities for students of all ages to expand their knowledge.

The exhibition includes prints by Kurz & Allison, Currier & Ives, and others, which offer a wide range of images that captured the public’s imagination. In addition, images from the Library of Congress and artifacts from SLU Medical Library illustrate the forgotten legacy the war had on medical advancements and public health. The images from the Library of Congress also illustrate technological advancements, such as aerial reconnaissance, the telegraph, long range weapons, the Minie bullet, the Gatling Gun, ironclad warships, submarines, and torpedoes. The exhibition also features gifts of Civil War rifles and an ammunition box from James and Carolyn Drone.

In addition to the prints in the "The Civil War Imagined and Real" exhibition, Timothy and Jeanne Drone gifted artworks by notable regional artists, such as George Caleb Bingham, Thomas Hart Benton, Joe Jones, Karl Bodmer, George Catlin, and many Mississippian and Native American artifacts.

Over the course of a 40-year career, Einar Hákonarson (b. 1945) has become one of Iceland’s most distinguished artists, with 30 exhibitions in multiple countries. He was educated at the Iceland Academy of the Arts (Iceland’s national art school) and the Valand School of Fine Arts of the University of Gothenburg in Sweden. Primarily a painter, he has also won numerous awards for his work in printmaking, and he reignited interest in the medium of printmaking in Iceland. In 1965, as a student at the University of Gothenburg in Sweden, he made a life- changing trip to Auschwitz. Reflecting on that experience, the artist stated that, “this visit [to Auschwitz] influenced me tremendously. I simply was not the same as before.”

While a large portion of his work since the Auschwitz visit has dealt with human suffering, Hákonarson made a series of six etchings between 1965 and 1967 that specifically referenced his reflections on Auschwitz. He dedicated the six etchings to the victims of the Holocaust as well as to all victims of hatred, bigotry, and injustice. Although intimate in scale, the etchings explore the spirit of the human person to persevere and triumph even in the midst of atrocities on such an epic scale. The etchings remain witnesses to humanity’s dark side, but they are also expressions of hope, that in the face of such evil, the vigilant human spirit can still triumph and prevail.

We invite you to spend time with these works, to read the artist’s own reflections on the themes in each of the prints, and to see that, in light of the many contemporary global trouble spots, the message of the Auschwitz Etchings is timelier than ever.