With an interdisciplinary training in social and cultural history, Ardizzone's research has focused on the study of race, the African American experience, and people of mixed — primarily black-white — ancestry in the late nineteenth and twentieth centuries.

Her two books and several reviewed articles have examined specific narratives of mixed-race identity from a variety of lens. Love on Trial explores the Rhinelander Case as a catalyst for public commentary and debate over racial definitions, interracial marriage, sex and gender in the 1920s. An Illuminated Life offers a social biography of Belle Da Costa Greene, whose mixed-race, African American parents had very different ways of understanding and negotiating their racial identity.

Greene's own racial story defies the simple passing narratives. As the librarian for J.P. Morgan, she lived as white without public challenge even as her "secret" of having crossed the color line circulated among friends and associates, often fueled by her own references to having black ancestry. Articles have looked at film depictions of interracial marriage and mixed-race identity, and Caroline Bond Day's anthropological use of family photographs in her study of "Negro-White families."

Ardizzone's current book project looks more broadly at the political work of the black-white figure, primarily in the context of movements for African American civil rights.

The Color of Blood: The Significance of the Black-White Figure in American History, book manuscript in revisions for University Press Review.

Love on Trial: An American Scandal in Black and White, W. W. Norton and Co., co-authored with Earl Lewis, 2001

"Catching up with History: Night of the Quarter Moon, The Rhinelander Case, and Interracial Marriage in 1959," in Camilla Fojas and Mary Beltran, eds., Mixed Race Hollywood, NYU Press, 87–112, 2008

Ardizzone has given invited talks at numerous academic and public history institutions including Concordia University, IL; Dartmouth College; The Pierpont Morgan Library; Carnegie Mellon University and the Newberry Library. She also regularly speaks to private and public community audiences, including several public libraries in Michigan and Indiana, and the Southwest Michigan Heritage Society.

Audio of a 2001 Talk of the Nation interview with co-authors Heidi Ardizzone and Earl Lewis on their book Love on Trial is available online at NPR.

She is the recipient of the  2013 Donald G. Brennan Award for Excellence in Graduate Teaching, awarded by the SLU College of Arts and Sciences.

Ardizzone has served as an OAH Lerner-Scott Women's History Dissertation Prize Committee Member (2010) and co-organized the 2009 meeting of the Great Lakes American Studies Association. She regularly serves as a peer reviewer for academic presses. 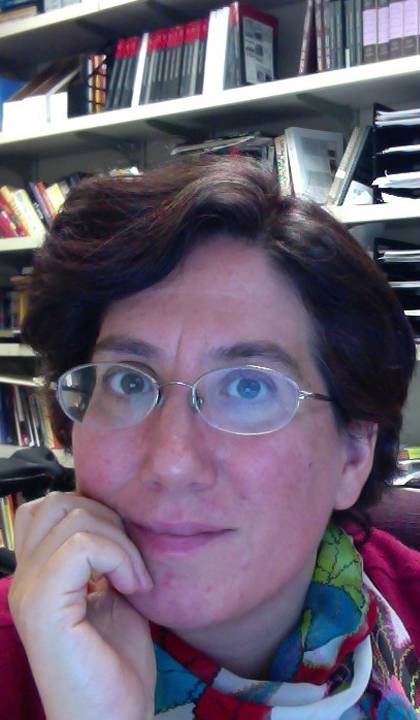