Moran works in the fields of modern U.S. intellectual and cultural history and religious studies. Her research focuses on religious thought and culture (with particular attention to American Catholicism) and processes of U.S. nation- and empire-building.

Her first book, The Imperial Church: Catholic Founding Fathers and United States Empire, traces a widespread reevaluation of the place of Roman Catholicism in U.S. history and culture during the Gilded Age and Progressive Era. For much of the nineteenth and early twentieth century, anti-Catholicism was a powerful force in American life, inspiring political movements, popular literature, and mob violence. However, alongside and against these anti-Catholic currents, many American Protestants in the late nineteenth century began to celebrate Catholic missionary histories. This book traces such celebrations in three different sites and circumstances: in the upper Midwest, Southern California, and the U.S. colonial Philippines. In each place—in journalism and travel narratives, poetry and plays, and historical monuments and pageants—American Protestants joined their Catholic compatriots in speaking with nostalgia and admiration about historical Catholic missionaries: the Jesuit Jacques Marquette in the Midwest, the Franciscan Junípero Serra in Southern California, and the Spanish friars in the Philippines. They compared them favorably to the Puritans, Pilgrims, and American Revolutionaries, drawing these missionaries into a cross-confessional pantheon of U.S. national and imperial founding fathers. In the process, they cast Catholic missionaries as gentle and effective agents of conquest, uplift, and economic growth, arguing that they could serve as both origins and models for an American civilizing empire. Ultimately, The Imperial Church connects Catholic history and the history of U.S. empire, demonstrating that the religious dimensions of American imperial rhetoric have been as cross-confessional as the imperial nation itself.

Before joining the faculty at SLU, from 2010 to 2013, Moran was an assistant professor in the Department of History at the University of Wisconsin-Stevens Point, where she taught seminars on U.S. cultural history, a research methods course for majors, and the second, post-Civil War half of the U.S. history survey.  She spent the academic year 2012-13 as a Fulbright Guest Professor in Germany, dividing her time between the Department of History at the John F. Kennedy Institute for North American Studies at the Freie Universitaet Berlin, and the Department of American Studies at Universitaet Osnabrueck.

Review of Julie Byrne, The Other Catholics: Remaking America’s Largest Religion in Journal of Religious History 41, no 4 (December 2017), 566-68.

Research Travel Grant, Cushwa Center for the Study of American Catholicism, The University of Notre Dame, 2011.

Moran is the founder and facilitator of SLU’s multi-disciplinary Cultures of American Religion working group. Since 2014, the group of faculty and graduate students from American Studies, Theological Studies, English, History, and Communication has met monthly to workshop work-in-progress.

In 2017, as an extension of the Cultures of American Religion group, Moran also founded the American Religion, Culture, and History (A.R.C.H.) Series – an ongoing program of public talks and events intended to bring SLU faculty, students, and staff together in conversation with St. Louis community members and local scholars. In Spring 2019, the A.R.C.H. series produced a half-day conference—organized in collaboration with Our Lady of Guadalupe parish in Ferguson, MO—on “La Fe: Latino Catholicism in the Midwest.” The A.R.C.H. series has also produced public talks by Prof. Saba Fatima (Southern Illinois University, Edwardsville) on “#MeToo in Muslim America,” Sr. Barbara Roche (Sisters of Loretto) on “A Lasting Endowment of Hope: Working for Justice and Acting for Peace Today,” Prof. Debra Mason (University of Missouri School of Journalism) on “Religious Freedom, Terror, and the News,” and Prof. Gene Zubovich (Washington University in St. Louis) on “Global Gospel, American Politics.” 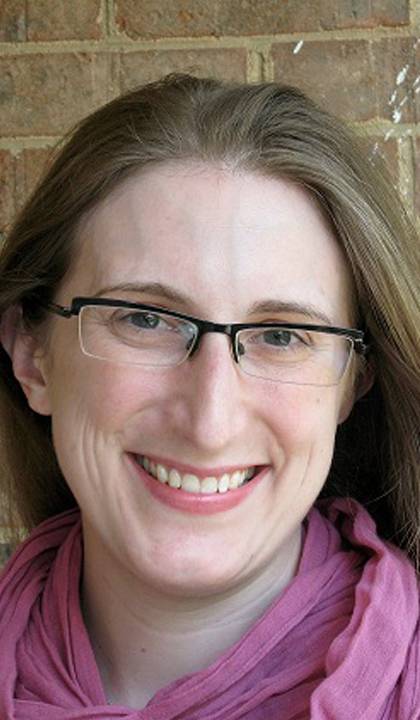