His research articulates rhetorical activity beyond the model of rhetoric as discrete, autonomous human individuals engaging in rational, discursive deliberation. Rhetoric has traditionally been concerned with both agents and agencies: our abilities to move others to action by means of persuasion. Historically, this “our” has been human and this “persuasion” has been symbolic or discursive. That is, rhetoric is people getting other people to do things by means of speech, writing, and other forms of symbolic action (e.g., music and math). Recent work in rhetorical theory has begun to question this basic understanding of rhetoric. Following what we might call a new materialist turn in rhetoric (which resonates with similar turns in literary studies, philosophy, political science, and sociology), I am increasingly interested in ecological rhetorics wherein rhetoric is produced between and among bodies, human and nonhuman, through both discursive and non-discursive activity. In short, what is the place of the nonhuman and the non-symbolic in the work of persuasion? More specifically, my research addresses new materialism’s impact on areas of rhetorical theory such as environmentalism, technology, and public rhetoric.

Literature as Equipment for Living: The Literary Reviews of Kenneth Burke. Co-edited with Ryan Weber. West Lafayette, IN: Parlor Press, 2010

“A Version of Access.” Co-authored with Casey Boyle. Technical Communication Quarterly (in press).

“Geocomposition in Public Writing and Rhetoric Pedagogy” College Composition and Communication (in press).

“The Place(s) of Mentorship and Collaboration.” Co-authored with Katie Zabrowski. The Journal of Interactive Technology and Pedagogy 7 (2015).

“All of the Things: Engaging Complex Assemblages in Communication Design.” Co-authored with Brian McNely. SIGDOC ‘14: Proceedings of the 32nd Annual Conference on Design of Communication. New York: ACM.

He was awarded an Innovative Teaching Fellowship from The Reinert Center for Teaching Excellence to develop a New Media Science Writing course to be taught in Fall 2012. 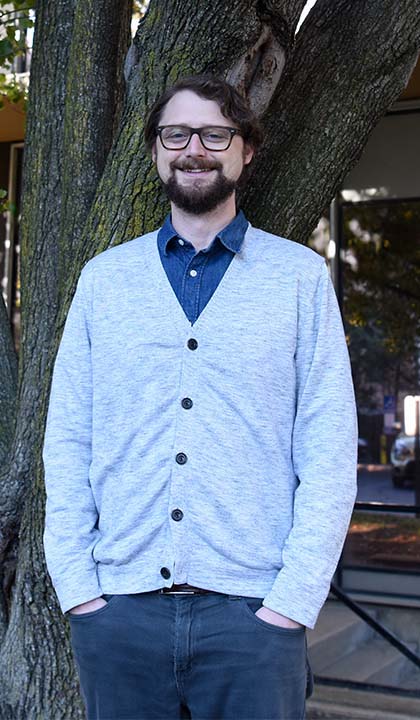