Sara van den Berg's research and teaching focus on three areas: Seventeenth-Century English Literature, especially the works of Ben Jonson and John Milton; Disability Studies, with special emphasis on the cultural meanings of disability; and Medical Humanities, with special emphasis on the problem of pain. She is interested in the experience of mind and body in the Early Modern era, and she draws on the methods of psychoanalytic object relations theory, disability theory, historical scholarship, narrative theory, and close reading.

She is a former member of the editorial board of Modern Language Quarterly and ANQ: American Notes and Queries, and currently serves on the editorial boards of The Ben Jonson Journal, PSY-Art: An Online Journal of Psychology and the Arts, Appositions, and EME: Explorations in Media Ecology. In 2011-2012, she edited two special issues of Allegorica in memory of Thomas Moisan, who had served as Editor of the journal and Chair of the SLU English Department.


She has published essays on Shakespeare's The Tempest, Jonson's poetry, Milton's blindness and his final sonnet, witchcraft in Paradise Lost, the crises of Milton's "When I consider how my light is spent" and Keats's "When I have fears," and the narratives of Freud's Studies on Hysteria and The Interpretation of Dreams. Her forthcoming work includes essays on the dwarfs in Spenser's Faerie Queene, Milton's Sonnet 9, the dwarf Nano in Jonson's Volpone, and alchemists in Jonson's The Alchemist.

Her books include The Action of Ben Jonson's Poetry (University of Delaware, 1987), The Divorce Tracts of John Milton (Duquesne, 2010, co-edited by W. Scott Howard), and Language, Culture, and Identity: The Legacy of Walter J. Ong, S.J. (Hampton Press, 2011, co-edited by Thomas M. Walsh). Her current projects include a study of narrative as measurement of pain, a book on the cultural meanings of the dwarf from the Early Modern era to the present, and a book on the use of Milton's ideas about divorce in English legal cases and in Parliamentary debates, (with W. Scott Howard). To celebrate the Walter J. Ong Centenary in 2012, she organized panels at meetings of the Renaissance Society of America and the Media Ecology Association.

She has chaired the MLA Executive Committee for the Division of Psychological Approaches to Literature, and in 2012-13 chairs the MLA Committee on Disability Issues in the Profession. She serves on the Executive Committee of the Gnaegi Center for Healthcare Ethics and the Advisory Board of the Center for Medieval and Renaissance Studies at Saint Louis University. She also founded the Walter J. Ong, S.J., Center for Language and Media at SLU. 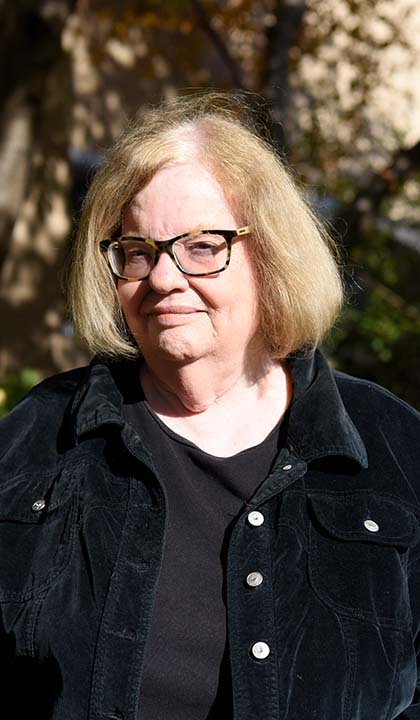