Stephen Casmier's research unites his interest in race theory with his background as a newspaper journalist. His current work explores how African American writers stage the tension between journalism and fiction in their work through actual imbedded newspaper stories. His book manuscript (provisionally titled, Bewitching the Word: The Press, Race and African American Literature) analyzes how African American novels and narratives confront what one historian calls the "fictiveness" of the daily newspaper, its construction of identity and its support of racial hegemony.

While teaching at Saint Louis University, Casmier has also continued to contribute articles to newspapers and magazines such as the St. Louis Post-Dispatch and Ishmael Reed's Internet magazine Conch. Casmier is a reader for African American Review and Contemporary Literature.

"Ventriloquism and Ideology in Ken Burn's Jazz." The Moving Image: Journal of the Association of Moving Image Archivists [University of Minnesota Press] 2 (2001): 172-176.

"Why Scatting and Speaking in Tongues are Alike: Jazz and Glossolalia as Non-mimetic, Postmodernist Expressions of Afromysticism." With Donald Matthews. Literature and Theology: An-International Journal of Theory, Criticism and Culture [Oxford University Press] 13.2 (1999): 166-176.

"Black Narcissus: Representation, Reproduction, Repetition and Seeing Yourself in V.S. Naipaul's A House for Mr. Biswas and The Enigma of Arrival." Commonwealth: Essays and Studies 18.1 (1995): 92 - 105. 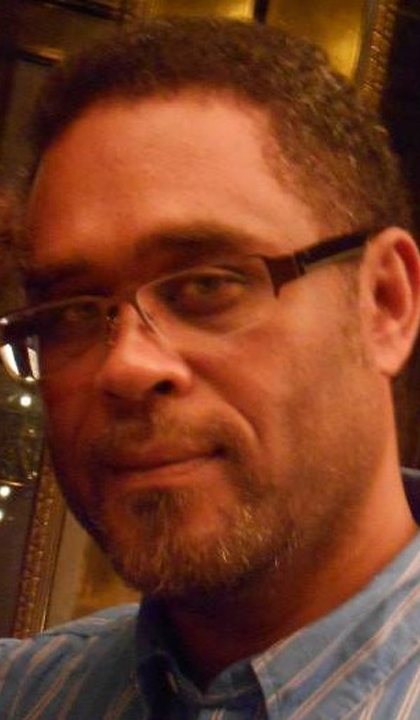