Chair of the Department of English; Professor

Romantic-era Literature and Culture; Women Writers of the Eighteenth and Nineteenth Centuries; Theories of Space, Nationalism, and Exile

Her current research is focused on spatial practice in Romantic-era writing, with particular attention to intermediate levels of social and political organization in between the most local (the "estate" or "village") and the global (the nation or the empire). She is particularly interested in organizational categories such as the parish, the county, and the borough, with the aim of refining our understanding of how such terms, along with the inchoate but omnipresent concept of the "neighborhood," operate in Romantic culture and society.

Benis' book project, Jane Austen's Neighbourhood, uses the rubric of the neighborhood as a way of exploring a range of social practices and representations of the liberal subject in the work of Austen, Barbauld, Hazlitt, and Wordsworth.

Romanticism on the Road: the Marginal Gains of Wordsworth's Homeless, Macmillan/St. Martin's, 2000

“A Sailor and an Artist: The Naval Drawings of Francis Austen,” Persuasions: the Journal of the Jane Austen Society of North America, 43 (2022): 58-70.

"Byron's Hebrew Melodies and the Musical Nation," in Romanticism/Judaica: A Convergence of Cultures, ed. Sheila A. Spector, Aldershot: Ashgate, 2011. 31-44. 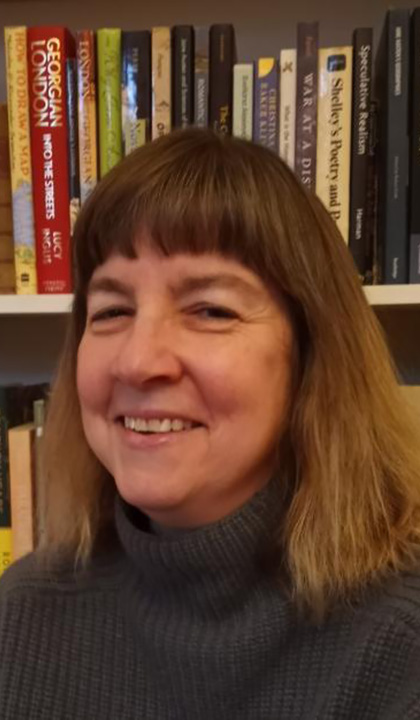