Prof. Boin teaches undergraduate courses in all areas of the ancient Mediterranean world, from introductory classes on the Rise of Christianity in the Ancient Mediterranean to upper-division courses and seminars on the Roman Empire, Late Antiquity, The World of St. Augustine, and Mystery Religions in Antiquity. At the graduate level, he teaches courses on Greek and Roman history and the history of cities in Late Antiquity and the Early Middle Ages.

Boin's intellectual interests are driven by a strong desire to interrogate the social history of Republican, Imperial and Late Roman religions. He is also keenly intent on exploring broader issues related to the transformation of Roman society, which is another way of saying, he works at the intersection of politics and religion in ancient history.

Boin's research largely draws upon archaeological, anthropological, and sociological approaches to religion, as well as recent research on social memory, landscape, and the construction of identity. In all of his work, Boin has charted the transformations and economic changes that characterized Rome, Italy and the Western provinces during the imperial and late Roman periods. He also incorporates epigraphic material, as well as smaller objects like lamps, glassware, and ivory, to reconstruct a more intimate image of Roman daily life-exploring the social, cultural and visual continuities that bind the Roman "Age of Augustus" to the late Roman "World of Augustine"-and beyond.

Current avenues of interest include the city, people, and history of Rome in Late Antiquity to issues related to the transformation of Roman imperial cult. He has also recently completed a four-year project on the history of citizenship, immigration, and the reception of foreigners in the later Roman Empire and maintains an interest in biography, narrative history and publications.

For more information on Boin's research, visit his research page.

Book Chapters
2018. “The Memory of the Maccabees, "Apostasy," and Julian's Rhetorical Appropriation of ‘Hellenismos’ as Signs of a Fourth-Century Intra-Christian Debate.” In Rhetoric and Religious Identity in Late Antiquity, edited by R. Flower and M. Ludlow (Oxford: Oxford University Press, under contract).
2015a. “Late Antique Divi and Imperial Priests of the Late Fourth and Early Fifth Centuries.” In Pagans and Christians in Late Antique Rome: Conflict, Competition and Coexistence in the Fourth Century, edited by M. Salzman, R. L. Testa, and M. Sághy. New York: Cambridge University Press.
2015b. “The Memory of ‘Peter’ (1 Peter 2.17) in Fourth-Century Rome: Church, Mausoleum, and Jupiter on the Via Praenestina.” In The Art of Empire: Christian Art in its Imperial Context. Edited by R. Jensen and L. Jefferson. Minneapolis: Fortress Press.

Book Reviews
2016a. “Classicists’ Christian Problem.” A Review of SPQR: A New History of Ancient Rome by M. Beard. For The Chronicle of Higher Education, January 10, 2016.
2016b. Review of Housing the Chosen: The Architectural Context of Mystery Groups and Associations in the Ancient World by I. Nielsen. For the Journal of Roman Studies.
2015. Review of Banishment in the Later Roman Empire, 284-476 CE by D. Washburn. For The Classical Review.
2014. Review of Slandering the Jew: Sexuality and Difference in Early Christian Texts by S. Drake. For Classical Journal. April, 2014.
2012a. Review of Roman Landscape: Culture and Identity by D. Spencer. For Sehepunkte (Rezensionsjournal für die Geschichtswissenschaften).
2012b. Review of Rom und Mailand in der Spätantike: Repräsentationen städtischer Räume in Literatur, Architektur und Kunst, edited by R. Fuhrer. For Bryn Mawr Classical Review.
2010. Review of The Second Church: Popular Christianity, A.D. 200–400 by R. MacMullen. For The Classical Review.

2015a. “The Fall of Rome and All That,” TIME.com, April 3, 2015 [Originally written for the History News Network, March 29, 2015]
2015b. “On Religion and Identity in Ancient Rome“: A podcast discussion with Prof. Richard Flower at the University of Exeter [At https://soundcloud.com/university-of-exeter/prof-doug-boin-on-religion-and-identity]
2014a. “Egyptian Artifacts Should Be Returned, Not Auctioned Off for Profit (with Prof. Tom Finan, Saint Louis University History Department),” St. Louis Post-Dispatch, September 19, 2014.
2014b. “Papyrus, Provenance, and Looting.” The International New York Times, March 3, 2014. 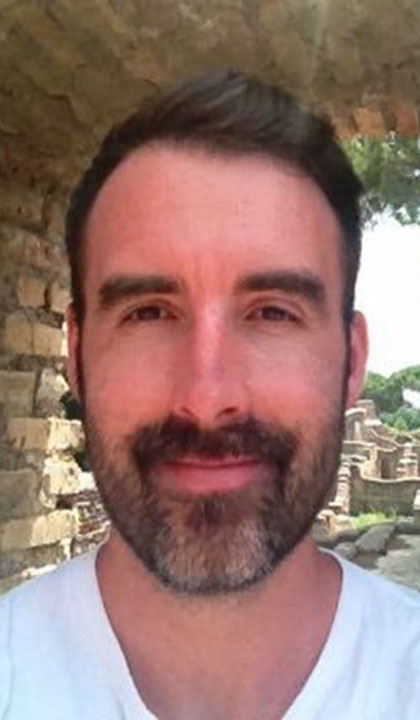