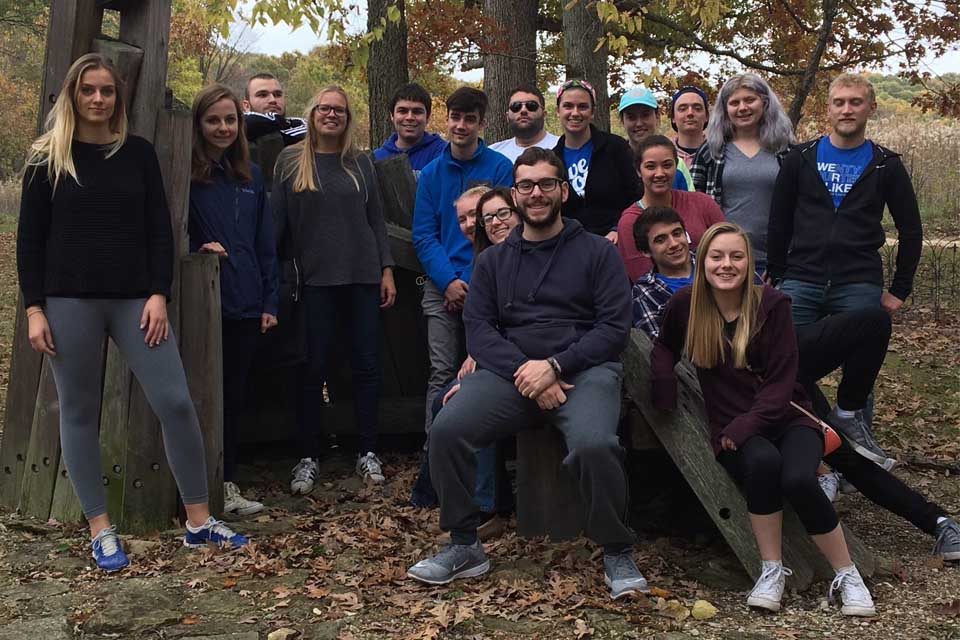 Students immersed themselves in German culture by only conversing in German with each other, cooking German food, watching German films and playing German games and getting to know one another. Friday evening concluded with a bonfire under the stars. On Saturday morning, students were placed in different groups based on their German language proficiency and participated in group activities on the topics of German youth slang and idioms, songs from the Storm & Stress Period, and how to move from racism and exclusion toward integration. After a hearty brunch, students participated in a hike on the trails at the Lay Center before returning to Kaffee und Kuchen and presenting their projects from the morning's group activities. They were also treated to live accordion music played by Joseph Wendl and to Franz Schubert's Erlkönig sung by Daniel Carter.