The St. Louis that Caleb Bobo knew growing up in Ballwin, Missouri, was not the St. Louis he saw on television in August 2014. An undergraduate at the University of Kansas in Lawrence at the time, Bobo was watching coverage of the riots in Ferguson after the shooting death of Michael Brown. Even more concerning to Bobo were the investigations that followed. 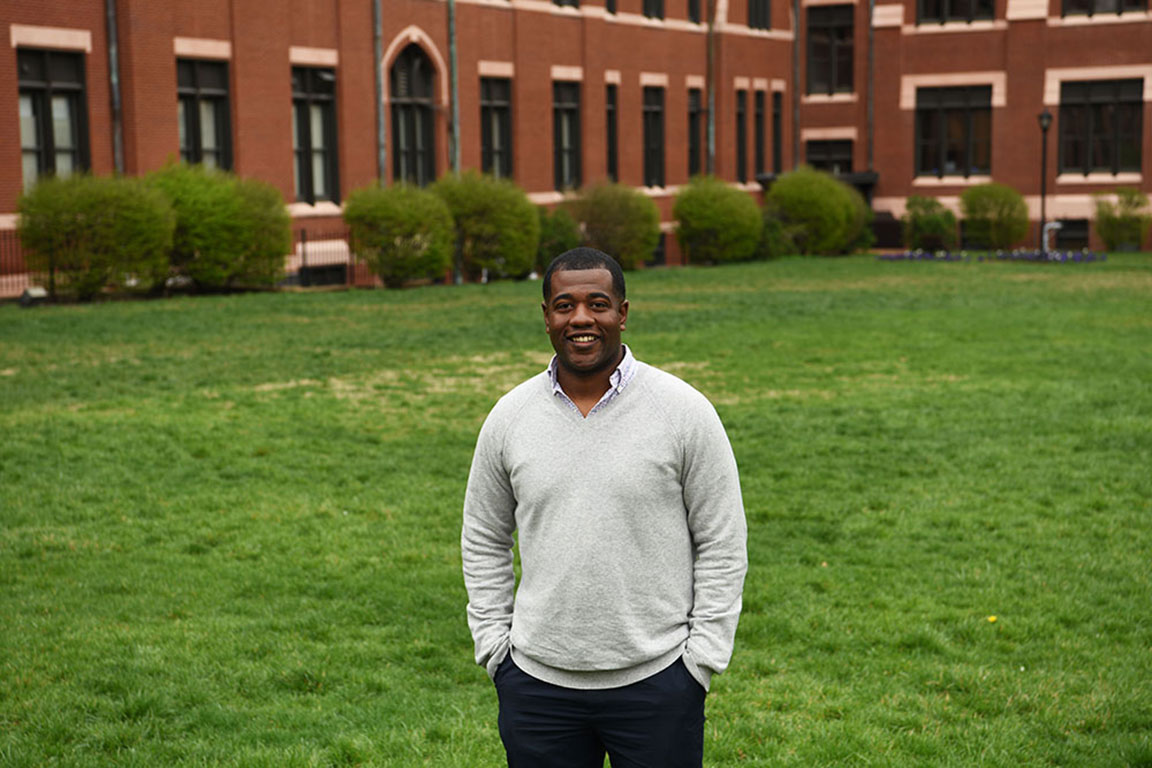 “They revealed mismanagement of power, and antagonism between public servants and the people they were supposed to serve,” Bobo said. “It seemed such a betrayal of the public trust. I couldn’t shake my discomfort.”

His discomfort led to action. Bobo abandoned his longtime plans to attend law school and searched for a career that would allow him to improve the relationship between minority communities and their government.

A mentor Bobo met at a leadership institute in Washington, D.C., informed Bobo that many talented African-American males pursue degrees in law, business or medicine, but those who wanted to see how things work on the ground and who wanted to directly affect change were those in public administration.

Bobo chose to return to St. Louis and to pursue a master of public administration at Saint Louis University. His passion for building stronger communities earned him the 2016-2017 Diversity Fellowship, which is awarded through the Office of Graduate Education.

Part of Bobo’s studies include his internship with the St. Louis Regional Chamber, an organization that works with leaders throughout the bi-state area to develop public policies that enhance the region’s business climate and livability.

“SLU’s MPA program has proven to be a great fit for me,” he said. “It’s giving me the flexibility to develop skills in critical thinking, policy evaluation and administration that are preparing me to do great things in the community.”

Bobo said he is particularly interested in the relationship between people of faith and government entities, and exploring how they can work together.

“I’m a huge believer in the role of religious organizations working to better their communities,” said Bobo, an active member of the same Baptist church for 14 years. “I would love to see how we can foster the programs they have to shelter the homeless or feed the hungry and coordinate those with government efforts to solve major public policy problems across our city, our state and our country.”

After earning his degree in public administration in 2018, Bobo hopes to pursue a master of divinity or a Ph.D. to enrich his understanding of the connection between faith and policy. He is inspired by his father, a former McDonnell Douglas engineer who earned his master of divinity and doctoral degree before becoming a professor of Christian ministry, a faith-based consultant and an ordained minister.

“I’m lucky to have someone in my life who not only taught me how to be a man in this world but a man of faith,” Bobo said.