Before she’s ready to talk about her $4.6 million grant from the National Science Foundation, Allison Miller, Ph.D., wants to explain what’s “so cool” about grapevines – especially central North American grapevines. 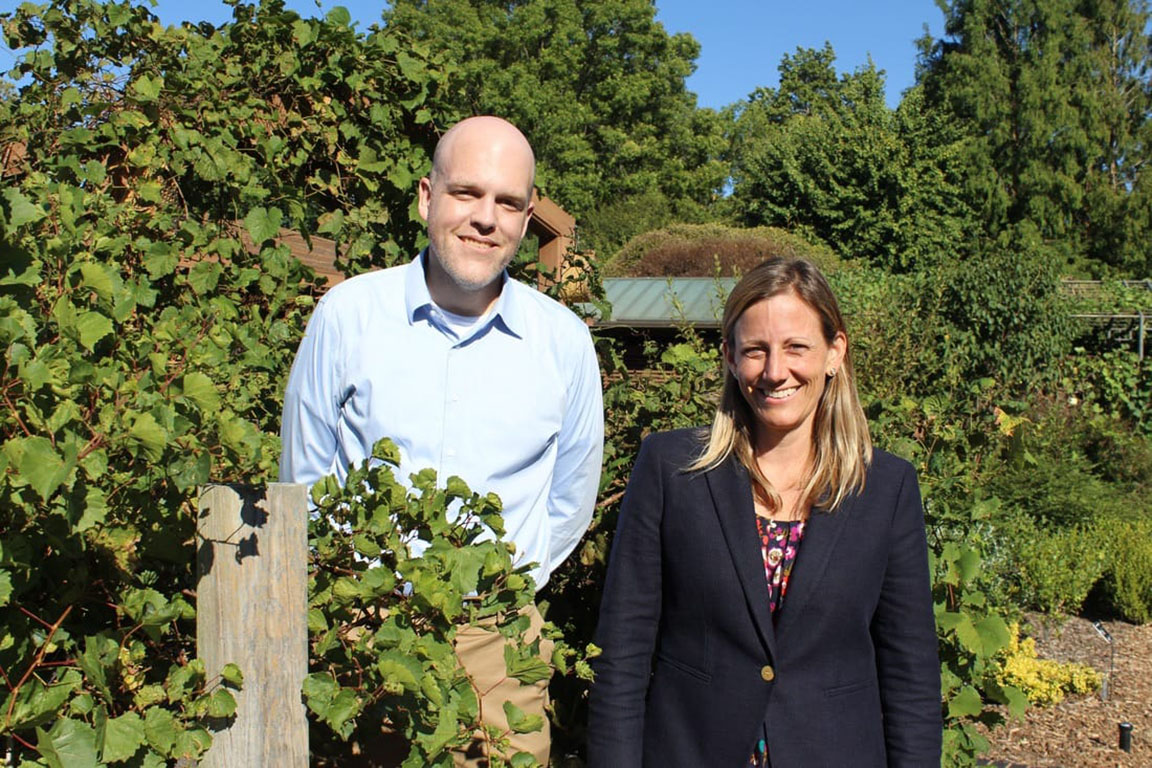 Allison Miller, Ph.D., was named principal investigator on a $4.6 million grant from the National Science Foundation.

In the 1800s, grapevine growers, an entomologist and a variety of central North American grapevines saved the wine industry in Europe. The vines in Europe were being decimated by a tiny root-chomping aphid that was introduced inadvertently onto the continent. Roots of many North American vines, including some native to Missouri, are naturally resistant to this underground pest so their roots were grafted to the shoots (the grape producing tops of the plants) of the European vines and the industry was saved. Santé! (Cheers!)

“Rootstocks used in grape growing come primarily from species found in Missouri and other parts of North America,” said Miller, an associate professor of biology. “These local species are quite literally the roots of the global grape crop.”

Nearly all grapes grow on fused (grafted) vines. The roots are genetically different from the top part of the plant. In fact, most of the fruits and nuts in the world are grown on grafted plants. Understanding how root systems of grapevines affect the vine’s stems, leaves and fruits, is the crux of Miller’s research.

Miller and her team of nine researchers in the United States and Nova Scotia will spend five years studying rootstocks in different vineyards across the country, including an experimental vineyard in Missouri and commercial vineyards in California operated by the E. & J. Gallo Winery, one of Miller’s research partners.

Other partners include the Missouri Botanical Garden, the Grape and Wine Institute at the University of Missouri, the U.S. Department of Agriculture, the Danforth Plant Science Center, Missouri State University and South Dakota State University.

Miller said understanding grafting in grapevines may provide insight into similar woody perennial crops that also are grafted such as apples, peaches, avocados, almonds and olives.

“We could help answer a much larger question,” she said. “How are we are going to feed, in a sustainable way, a population that’s expected to reach 9 billion people over the next 40 years? Most of the arable land is cultivated so expanding agriculture isn’t the answer. Reducing food waste is part of the answer. An important component of the solution is developing crops that can be grown efficiently and sustainably with minimal input and maximal root health. We’re not going to feed the world with wine, but our study has implications far beyond the wine industry.”

Miller’s grapevine project also includes a training component in academic and industry settings to ensure students have access to cutting-edge techniques of computational analysis, genomics and plant biology. Outreach efforts include a display of grafted grapevines at the Missouri Botanical Garden and the U.S. Botanic Garden in Washington, D.C.

“St. Louis and Saint Louis University are ideal for this research project,” Miller said. “We have major plant research operations here. We have a huge ecosystem for discovery and agricultural improvement with so much room for expansion.”