The spotlight recognizes and celebrates achievements and contributions staff make to the successful operation of the college. This is an opportunity to acknowledge the dedication and exemplary performance of individuals that deserve special recognition. 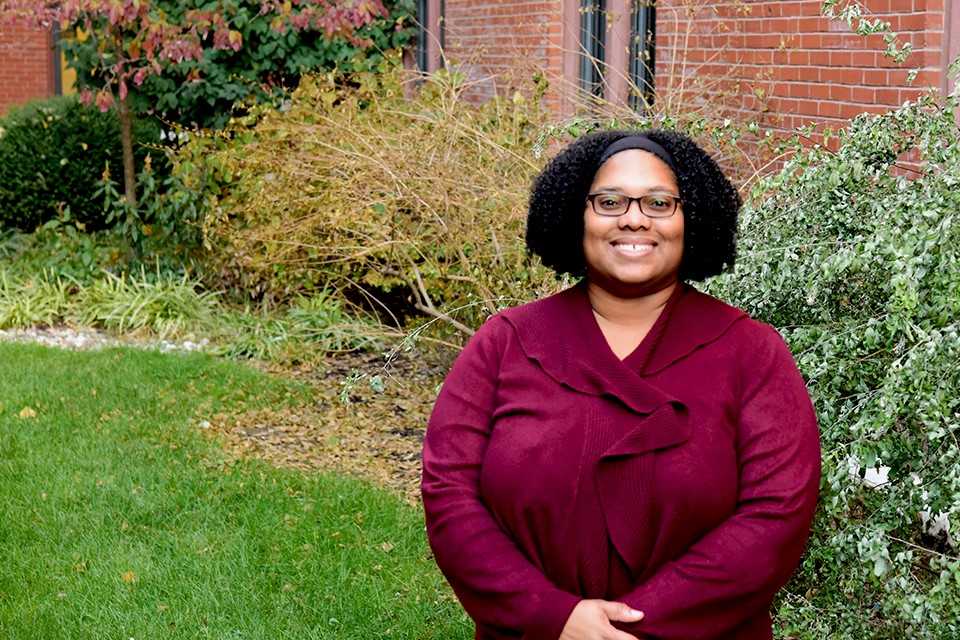 LaKesha Fletcher, academic advisor, is the staff spotlight selection for the month of November.

LaKesha S. Fletcher is an academic advisor with the College of Arts and Sciences. She was hired October 2006 as a pre-med academic advisor in Academic Services. In 2007, she transitioned to Parks College of Engineering, Aviation, and Technology, and advised engineering and aviation students from 2007-2008. In Summer 2008, LaKesha accepted a position in the College of Arts and Sciences, and has been advising Arts and Sciences students since 2008. Some of her responsibilities include providing advising information throughout the academic year (freshmen-senior), providing support to students during the registration process, analyzing student records in preparation for advising appointments and orientation, and making student referrals when necessary.

As an academic advisor in Arts and Sciences, she sees her primary role as being an advocate for students, as well as the College. As an advocate, she works daily to empower students to make decisions that support their academic, spiritual, and professional goals, while supporting and preserving the integrity of the college.  Her goal is to help students understand that they are ultimately the pilot of their academic path. Her role is to mentor, support, teach, and coach them through the process of developing the skills and tools needed to become a strong and confident professional in the career of their choice.

Denise Sleet, Assistant Dean, College of Arts and Sciences, said, "I have known and worked with LaKesha Fletcher for years. As a member of our academic advising staff, LaKesha consistently demonstrates the qualities we value and expect in staff in order to provide a positive academic experience in the College of Arts and Sciences. She cares deeply about her advisees and works hard to ensure that her students are aware of their requirements and SLU's resources. LaKesha always interacts with students and faculty in a compassionate and resourceful manner. I greatly appreciate LaKesha’s commitment to her role as academic advisor and Saint Louis University. We are all grateful that she is part of our advising team."

LaKesha has been married to her wonderful husband for over 12 years. She is a proud mother of two children, 10-year-old Camille Marie, and seven-year-old Christopher Louis. She obtained her B.A. in Psychology in 2000, and her Master's in Educational and Counseling Psychology in May 2002 (University of Missouri). LaKesha’s hobbies include listening to music, reading, watching movies, decorating, and spending time with her family. She also enjoys volunteering at her children's school. Some of the activities she volunteers for include the Fall Festival, Breakfast with Santa, clothing drives, and fundraisers that support the school and the church.