Emina Jusupovic and Ajla Mujkic, two students in the One-Year MBA program at the Chaifetz School of Business, have recently accepted jobs at Deloitte that will begin after their graduations in May.

Jusupovic will be working as an analyst within Deloitte’s government and public services sector, while Mujkic is set to begin as an applications and program analyst at Deloitte’s St. Louis office, where she will be working with clients across multiple industries.

Earning a master’s degree and having a job lined up after graduation are both notable accomplishments for any college student. But for Jusupovic and Mujkic, it’s just the latest step in what has been a remarkable academic journey for each of them.

Jusupovic and Mujkic are first generation college students, and both are the daughters of Bosnian refugees who settled in the St. Louis area with very little to their names. Both students say that getting a college education and earning their master’s degrees means a great deal to both of their families. 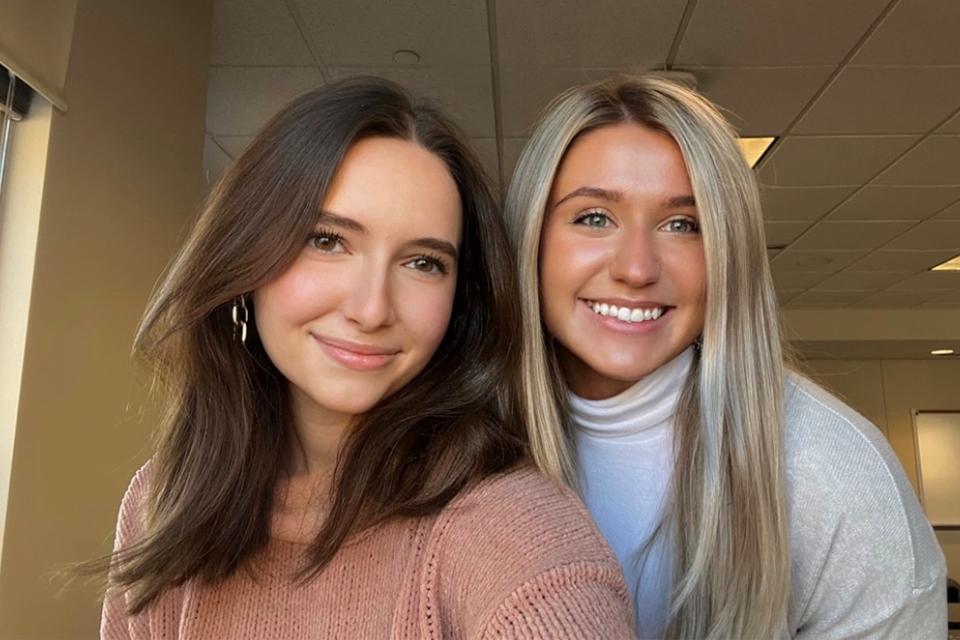 Ajla Mujkic (left) and Emina Jusupovic (right) have recently accepted jobs at Deloitte that will begin after they graduate from the Chaifetz School's One-Year MBA program in May.

“Both of my parents are custodians, and I remember me graduating from high school was just the biggest deal to them,” said Jusupovic, who has served as a translator for her parents as they’ve adapted to their new home over the years. “Now, I’m getting my master’s and have this huge opportunity with Deloitte, and they’re just so proud of me.”

Mujkic says she first found out about the role at Deloitte through Palash Bera, who is currently serving as the Interim Associate Dean for Graduate Programs at the Chaifetz School. She says Dr. Bera helped explain the role for her and what steps she could take to secure an interview.

“I’m excited and proud of Emina and Ajla for getting the opportunity to work at Deloitte. It’s an exciting place to start a career after earning a STEM -certified MBA degree," said Bera. "Our business practicum program does an excellent job of preparing students to understand how businesses work, and ultimately helps prepare them for careers in places like Deloitte.”

Jusupovic first discovered the government role on Handshake and believed that her undergraduate background in public health made her an ideal candidate for the position. After applying, Jusupovic prepared for her interview process by scheduling mock interviews through the SLU Career Services office. Upon graduation, Jusupovic says she will be moving to Arlington, Virginia in order to get her government clearance to begin her new role, a process she says will take about a year.

Both students encouraged current MBA students and anyone interested in pursuing their MBA at SLU to keep an open mind and be willing to explore industries and areas of business that they may not be familiar with. Mujkic says that although her undergraduate background is in marketing, she became interested in software and the technological side of business, which led her to apply for her new role with Deloitte.

“Network as much as possible, because there are so many great networking opportunities that come with this program,” Mujkic said. “You’ll meet people from different fields and learn so much from them, and that might be the reason you decide to go into one field versus another.”