Division of Pediatric Gastroenterology and Hepatology

The division sees many patients with diverse types of problems ⁠— from generally healthy children burdened with common problems such as GERD, chronic abdominal pain or constipation that can significantly disrupt their development, family life, and ability to function well at school, to chronic, life-threatening diseases that require complex diagnostic workups and long-term management.

We have distinct multidisciplinary clinics that care for our more complex patients, including the Inflammatory Bowel Disease center that follows over 250 patients with Crohn's disease and ulcerative colitis and the chronic liver disease and transplant clinic.

The Gastrointestinal Motility Center is one of only a handful of centers in the country that provides the full spectrum of diagnostic testing for patients with GI motility disorders. The intestinal rehabilitation program treats infants and children with short bowel syndrome or other causes of intestinal failure, many of whom require home administration of long-term total parenteral nutrition. The intestinal rehabilitation staff of the GI Division reviews all inpatients at SSM Health Cardinal Glennon Children's Hospital who are on parenteral nutrition weekly.

Our division works closely with a dedicated team of pediatric specialists and allied health professionals, including pediatric psychologists, nurses, dietitians, speech pathologists, social workers, physical and occupational therapists both on the inpatient rounds and with links to our outpatient clinics. These are key ancillary personnel who enhance our quality of patient care.

Our service has continued to grow. We have reached a 44% market share for pediatric gastroenterology in the St. Louis region, which is more significant than any other area provider, increasing our quality and patient satisfaction. We look forward to continued growth and quality improvement.

This is our program for weight management, obesity and bariatric surgery through which Saint Louis University and SSM Health Cardinal Glennon Hospital have been serving our community for more than 20 years. This program is based on proven science and combines medical care, nutrition, psychology, exercise, family support and surgery, when needed, to improve the health of children who are concerned about excessive weight gain. The program is a partnership between general pediatrics, pediatric gastroenterology, psychology and surgery in which multiple providers bring the most recent therapies to our patients.

Ajay Jain, M.D., has published several basic science research papers on ameliorative strategies for Total Parenteral Nutrition (TPN) associated liver and gut injury. He has established a novel ambulatory TPN animal model system and has received several highly competitive extramural and intramural research grants as a principal investigator. His focus has been to evaluate the Gut-Liver crosstalk in the context of TPN as regulated by the enterohepatic circulation of bile acids and the gut microbiota. Dr. Jain recently received a very large National Institute of Health (NIH) grant to further clarify the mechanistic links leading to TPN associated injury. He serves as a moderator at several national meetings and has done multiple national and international plenary platform presentation relating to his work.

He serves as a grant and manuscript reviewer for several national consortia and journals and as the PI for a national NIH funded conference grant evaluating the role of gut derived signals in maintaining normal health and nutrition. He has also received funding for research involving gut adaptation post short bowel surgery and ameliorative strategies for the associated liver injury in this model. He chairs the hospital's nutrition advisory committee.

Dr. Jain also has extramural support on studies involving the orphan liver disease, Lysosomal Acid Lipase Deficiency and is a collaborator on an NIH funded multinational study evaluating technology platforms for improving international immunization practices. He is also collaborating on research involving noninvasive biomarkers for liver disease. He is the medical director for pediatric liver transplantation and our site principal investigator for Studies in Pediatric Liver Transplantation (SPLIT consortium). Dr. Jain is also part of a multi-center NIH funded research study for evaluation of fatty liver disease and serves as our site pediatric investigator (one of eight centers nationally).

Jeffrey Teckman, M.D., has an ongoing, funded basic science research program in liver injury using the genetic disease, alpha-1-antitrypsin deficiency as the primary model system. He is a recognized international authority in this condition. Dr. Teckman has had 24 years of continuous extramural research funding in this area from a combination of NIH, private and industry sources, and has been involved in basic science studies as well as human drug trials.

Dr. Teckman is also the Principal Investigator for our site of an NIH funded, multi-center study (one of 14 centers nationally) in pediatric metabolic liver disease, known as the Childhood Liver Disease Research Network. Dr. Teckman is also the Pediatric Center Private Investigator (PI), with Dr. Adrian DiBisceglie as the SLU center PI, for the NIH sponsored, multi-center study of hepatitis B infection. SSM Health Cardinal Glennon is one of seven pediatric centers nationally for this study.

Dr. Teckman participated in an industry sponsored drug trial in hepatitis C this last two years and is the National PI for a privately funded multi-center study of adult liver disease. A new grant has just been funded to expand support for these efforts. Dr. Teckman collaborates with many other investigators, which routinely results in further publications, which at present include biochemical studies of liver injury, mentoring junior investigators in studies of liver imaging liver, gene therapy projects and analysis of the hyperphagia of Prader-Willi Syndrome. Dr. Teckman also has many industry partners and is involved in drug development and drug research grants, which have led to additional publications. 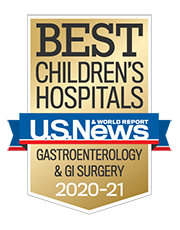